Only 36 percent of Americans approve of President Joe Biden’s handling of negotiations on the $3.5 trillion reconciliation package, according to a Thursday Associated Press-NORC poll.

The poll found 41 percent of respondents “say they approve of Biden’s handling of the negotiations over the bill,” while 23 percent say they have no opinion. “Fewer than half say they know a lot or some about the proposals,” the poll revealed.

The number comes as Biden will travel to Capitol Hill Thursday morning to beg for the passage of the package from his own party. The far-left and “moderates” are at odds over certain welfare provisions, along with how to allow the IRS to saddle Americans with greater taxes.

Though Biden will beg for a deal, it is unlikely. Sen. Bernie Sanders (I-VT), author of the massive tax and spend legislation, told reporters it would be “inconceivable” he would go along with a deal structured as it is. 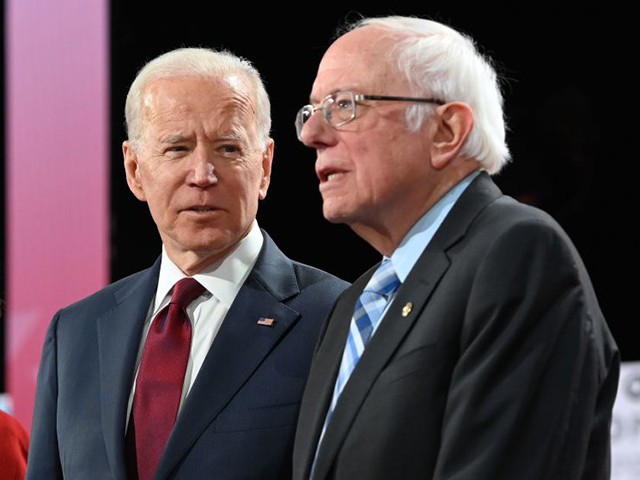 The survey also found that Biden has earned “negative marks” on his management of the economy. Fifty-eight percent disapprove of his economic performance, and just 41 percent approve. The numbers represent a drop from last month and a larger drop since March, when 60 percent approved of Biden’s economy shortly after Donald Trump left office.

Biden’s low marks on the economy come as the supply chain crisis has increased consumer prices for American workers and families. The crisis is likely due to labor unions’ infighting and generous unemployment benefits from Democrat-controlled federal and state governments. American families may experience the most expensive Thanksgiving celebration in the history of the holiday, the New York Times wrote Monday.

Respondents were also asked if the country will be better off next year. Only 26 percent said they expect the country to improve, down 43 percent in February, one month after Trump left office. Forty-eight percent believe 2022 and beyond will “worsen” past the struggles of 2021.

The lack of positivity about the future will seemingly impact the 2022 election cycle. Democrats are looking to maintain the House and Senate. But with House retirements, Biden’s drop in approval rating, and a downtrodden economy with little hope of being fixed before the election, Republicans have an opportunity to win back both legislative chambers from the left.

The poll sampled 1,083 adults and was conducted October 21-25. The margin of error is four points.