“What we are saying is that this was risky type of research, gain of function research, it was risky to share this with the Chinese and that COVID may have been created from a not yet revealed virus,” Paul said. 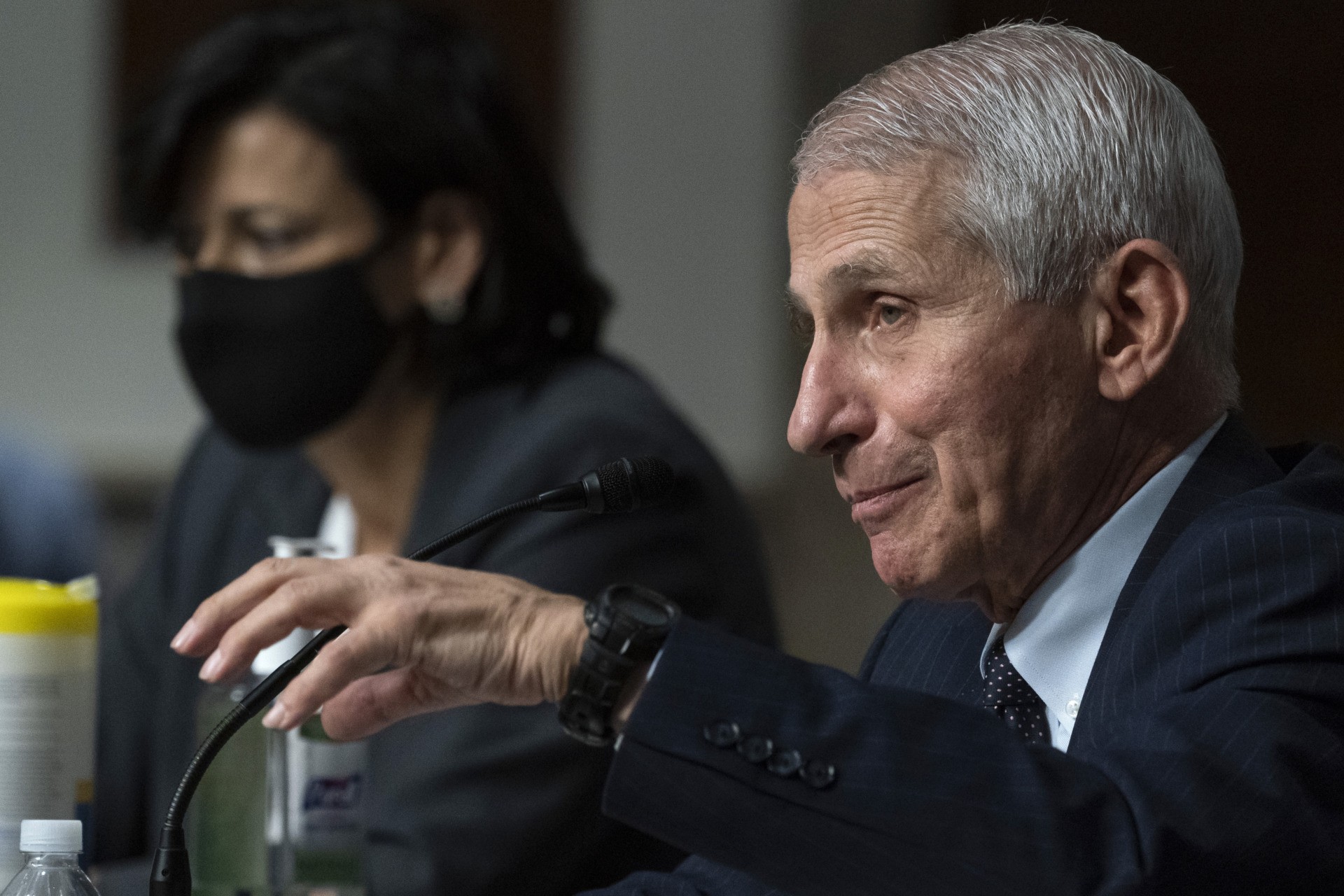 “You know that but you continue to mislead. You continue to support NIH money going to Wuhan. You continue to say you trust the Chinese scientists. You appear to have learned nothing from this pandemic. Will you today finally take some responsibility for funding gain of function research in Wuhan,” Paul asked.

But, instead of taking responsibility, Fauci delved into semantics, calling gain of function a “very nebulous term.” 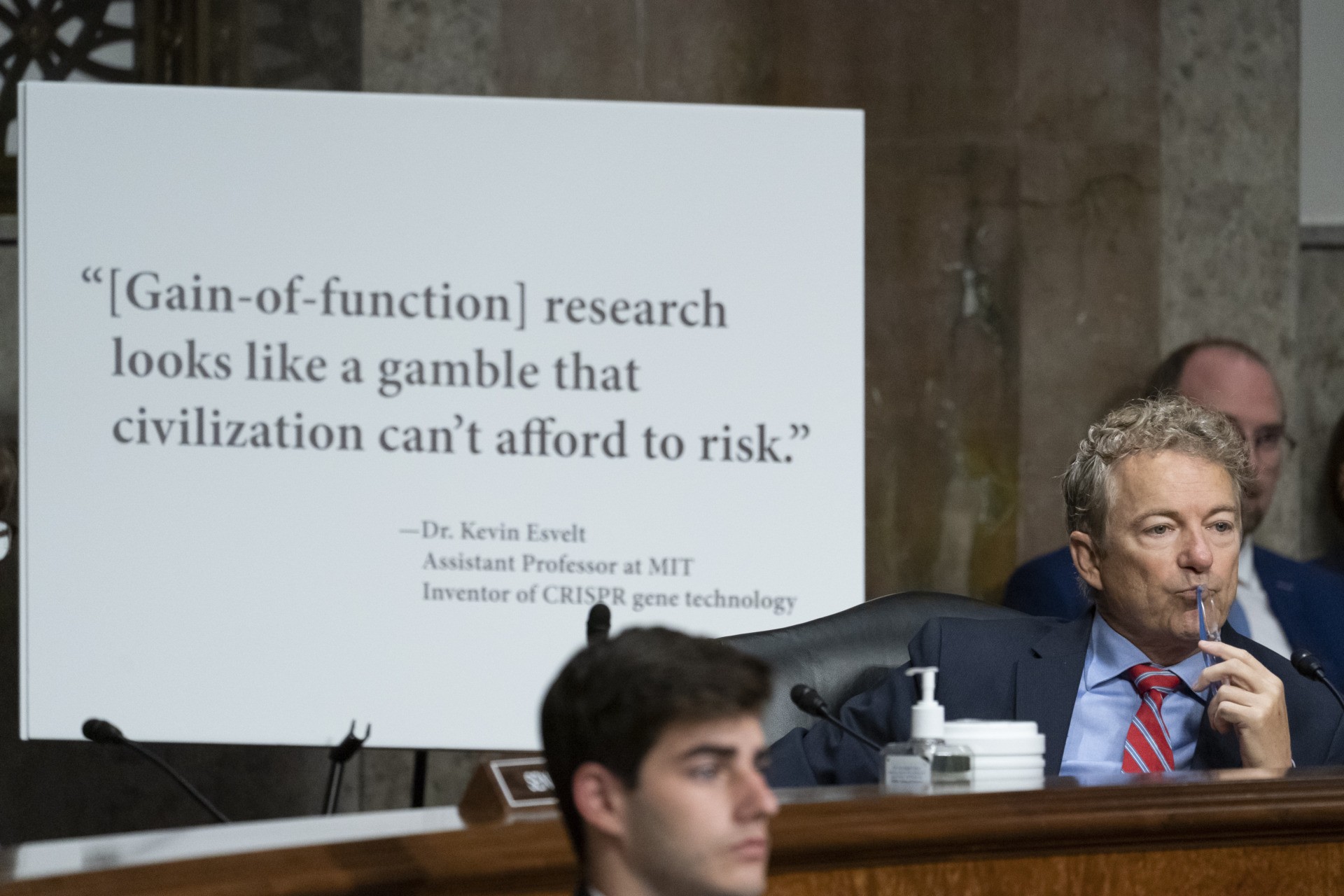 “We have spent, not us but outside bodies, a considerable amount of effort to give a more precise definition to the type of research that is of concern that might lead to a dangerous situation. You are aware of that,” he said, prompting Paul to shoot back.

“We’re aware that you deleted gain of function to the NIH website,” he said.

“The guidelines are very, very clear, that you have to be dealing with a pathogen that clearly is shown and very likely to be highly transmissible in an uncontrollable way in humans and to have a high delve morel degree of morbidity and mortality, and you do experiments to enhance that, hence the word EPPP, enhanced pathogens – ” Fauci continued before Paul cut him off, noting that EcoHealth Alliance took a virus and “combined it with WIV1 and caused a recombinant virus that doesn’t exist in nature and it made mice sicker.”

“You’re saying that’s not gain of function research,” he said as Fauci continued to dodge.

“This is terrible, and you’re completely trying to escape the idea that we should do something about trying to prevent a pandemic from leaking from a lab,” Paul said. “And what you’ve done is change the definition on your website to try to cover your ass basically.”

“Until you accept responsibly, we’re not going to get anywhere close to prevent another lab leak of this dangerous experiment. You won’t admit that it’s dangerous,” Paul said. “And for that lack of judgment, I think it’s time that you resign.”

Fauci attempted to refute what he described as Paul’s “egregious” misrepresentations, stating that he has “no responsibility for the current pandemic.” He even doubted the evidence pointing to a lab leak.

“Even though we leave open all possibilities, it’s much more likely that this was a natural occurrence,” he said.

Paul interjected, noting they have tested “80,000 animals and no animals have been found with COVID.”

The public health official also said Paul was “completely incorrect” in asserting that Fauci continues to support research at the Wuhan Institute of Virology. Paul, however, noted that Fauci said a month ago in committee that he still trusts Chinese scientists and still supports the research over there.

“If he’s going to be dishonest, he ought to be challenged,” Paul said.

“As usual, I have a great deal of respect for this body of the Senate, and it makes me very uncomfortable to say something, but he is egregiously incorrect in what he says,” Fauci said.

“History will figure that out over time,” Paul shot back.

Watch the entire exchange below: