Thirteen House Republicans voted for the Infrastructure Investment and Jobs Act. The bill passed 228-206, meaning that the bill did not receive support from 218 Democrats, and Republicans gave Democrats the necessary votes for it to pass Congress’s lower chamber.

This is similar to how 19 Senate Republicans gave Senate Majority Leader Chuck Schumer (D-NY) the votes to reach the 60 plus-vote majority needed for the bill to pass through the Senate. 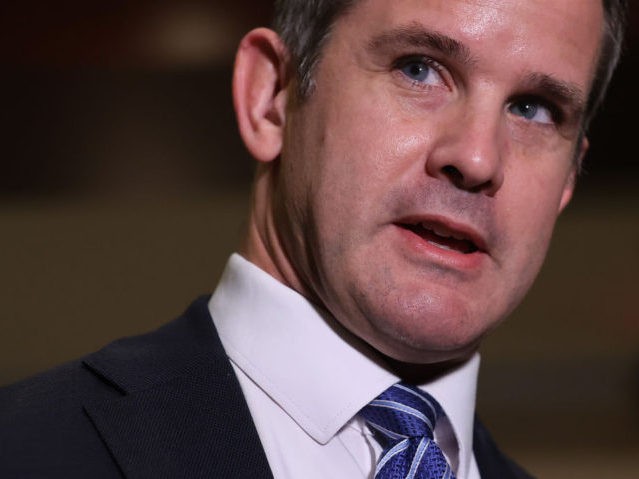 WASHINGTON, DC – MAY 12: Rep. Adam Kinzinger (R-IL) talks to reporters follow a House Republican conference meeting in the U.S. Capitol Visitors Center on May 12, 2021 in Washington, DC. GOP members decided to remove Conference Chair Liz Cheney (R-WY) from her leadership position after she become a target for former President Donald Trump and his followers in the House as she has continually expressed the need for the Republican Party to separate themselves from Trump over his role in the January 6 attack on the Capitol. (Photo by Chip Somodevilla/Getty Images)

Six progressive Democrats voted against the bill Friday, and their votes could have given House Speaker Nancy Pelosi (D-CA) the needed 218-plus votes for the bipartisan bill to pass through the House.

Reporters noticed that Pressley voted no right after Democrats received the 218 votes necessary for the bill to pass.

In a statement Friday, Rep. Chip Roy (R-TX) said “that 13 House Republicans provided the votes needed to pass this is absurd.”

"That 13 House Republicans provided the votes needed to pass this is absurd."

Republicans who voted for the Democrats’ socialist spending bill are the very reason why Americans don’t trust Congress.

“There’s a lot of Democrats who call themselves Republicans in the U.S. House,” Rep. Madison Cawthorn (R-NC) said.

There’s a lot of Democrats who call themselves Republicans in the U.S. House.

He added, “Vote for this infrastructure bill and I will primary the hell out of you.”

Vote for this infrastructure bill and I will primary the hell out of you.