Demings, who is seeking to unseat Sen. Marco Rubio (R-FL) in next year’s midterms, sent out a fundraising email in October stating:

I have to ask you humbly and directly because outlets like CNN say my race could decide Senate control: will you split a donation of $25 or more between Common Good VA and my campaign to help me win in Florida and defeat Marco Rubio?

Another email Demings sent out in October that was paid for by McAuliffe’s PAC warned that the Florida Democrat needed campaign cash because “Republicans are trying to PERMANENTLY keep Florida red and flip the Senate.”

The complaint alleges Demings violated the FEC’s “soft money ban” by asking for money for her U.S. Senate campaign through Common Good, which is not a federal committee. The complaint reads:

[Demings’] fundraising solicitations, which were paid for by non-federal funds, represent an illegal use of non-federal (or “soft”) funds to raise money for a candidate for federal office. As such, Representative Demings’ campaign has accepted an in-kind contribution and thereby violated the federal soft money ban.

The complaint calls for an investigation into Demings’ solicitations and for the FEC to “impose appropriate sanctions” if it finds a violation occurred.

McAuliffe was defeated by Republican Glenn Youngkin in an upset on November 2, and the weeks leading up to the contentious election centered largely around education issues. Youngkin emphasized the role of parents in schools, while McAuliffe aligned his plans more with teachers’ unions and school administrators. 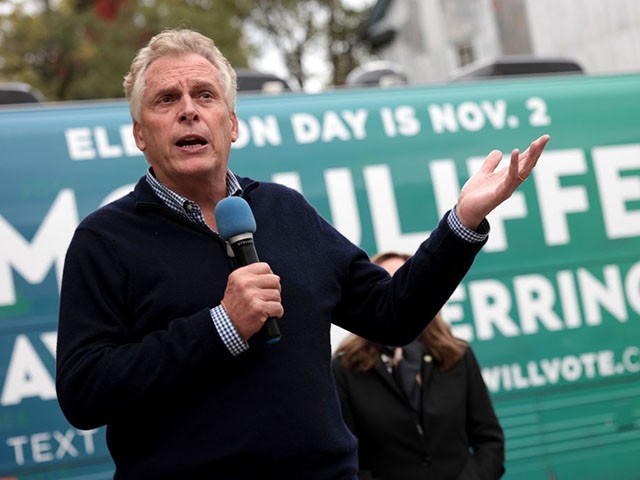 Rubio’s campaign blasted Demings for associating with McAuliffe’s campaign and for the alleged violation and cited a brief clip of Demings, a former Orlando police chief, saying during an MSNBC appearance that “nobody is above the law.”

“Demings hitched her wagon to one of the biggest opponents of parent involvement in education, and she appears to have broken the law in the process,” Rubio Communications Director Elizabeth Gregory said in a statement. “As Demings said herself, ‘Nobody is above the law.’ Demings and her campaign must comply with any investigation that follows from these claims.”

The Demings campaign charged that the complaint is “frivolous,” according to Florida Politics, and claimed its fundraising activity with McAuliffe’s PAC was legal because FEC guidelines “hold that email[s] have no in-kind value.”