A recent ad in support of Sen. Mark Kelly (D-AZ) starred a woman who believes that white men are the “single greatest domestic terrorist group in this country.”

“Senator Mark Kelly delivered lower premiums so people can buy their own insurance, and he’s fighting to lower prescription drug costs,” Harrel said in the ad. “Reducing health care costs can change or even save my patients’ lives.”

“I stand up for my patients, and Mark Kelly stands up for us,” she concluded.

Cadey Harrel’s now-protected Twitter page goes beyond its stated support for Black Lives Matter and the LGBT community, having previously denigrated white men as a “domestic terrorist” group in response to the Capitol Hill riot on January 6.

“White men are the single greatest domestic terrorist group in this country,” she said in a tweet obtained by Fox News. 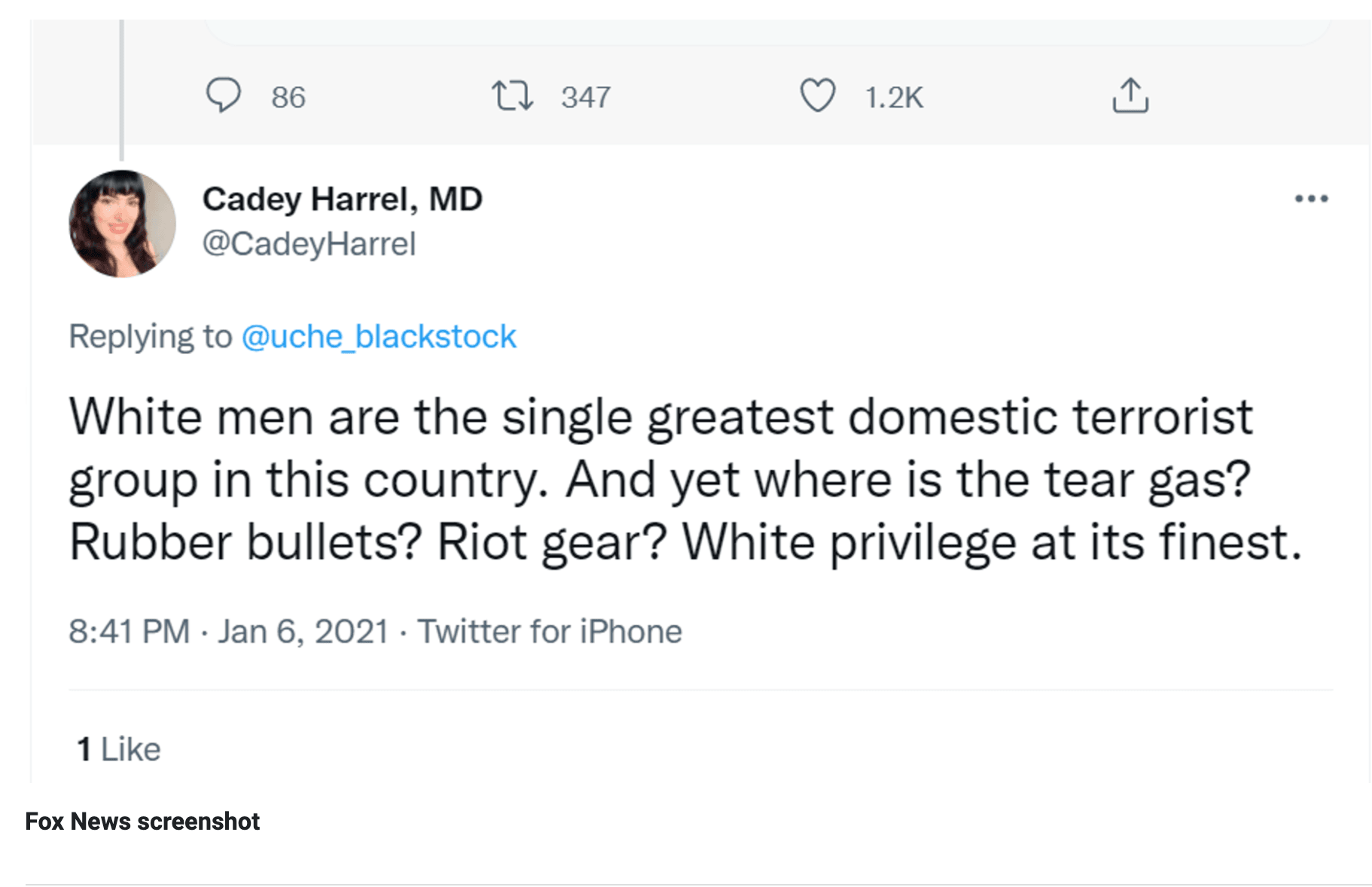 Harrel also claimed that Arizona Gov. Doug Ducey has “blood on his hands from negligence in the handling of this pandemic,” alleging that his status as a white man will keep him from being held accountable.

“He’s shown once again how unfit he is for leading our state and should be held accountable,” Harrel wrote in July 2020. “But unfortunately, he is a white man, so we know it ain’t happening.”

Neither Cadey Harrel nor Advancing Arizona has commented on the past tweets as of this writing.

Sen. Mark Kelly faces a tough reelection battle in the purple state of Arizona come 2022, mostly due to the fact that he has positioned himself as a moderate while endorsing the far-left Biden-Harris agenda with virtually no opposition, a stark contrast from his colleague Sen. Kyrsten Sinema (D-AZ). Most recently, Kelly praised the Biden administration’s vaccine mandate that will have the Department of Labor’s Occupational Safety and Health Administration (OSHA) order private companies with 100 or more employees to implement vaccine mandates or require weekly negative tests.

“We know there’s one thing that’s gonna get us through this completely and that’s to get people vaccinated,” Kelly said earlier this month. “So encouraging a business to vaccinate their employees is a good thing.”