Democrats this week are “freaked out” over Democrat retirements and the prospect of Republicans reclaiming the House.

Rep. David Price (D-NC), who has decided to retire from Congress next year, fears Democrats have done a poor job governing with inflation soaring and wages declining. The impact of the Democrats’ failure to govern has Price feeling that Donald Trump’s working-class party will win back Congress, which is “a very alarming prospect for the country,” Price claimed to the Washington Post.

Democrat concerns of being crushed in the 2022 midterms has the Democrat Party “freaked out,” Rep. John Yarmuth (D-KY) also told the Post. The party is so fractured that Democrat congressmen have nearly come to “blows.”

Yarmuth allegedly witnessed “moderate” Rep. John Garamendi (D-NY) and far-left Rep. Mark Pocan (D-WI) in a heated argument that looked like it could end in violence over how to enact Biden’s radical agenda. Biden is seeking to flood more money into the economy while the American worker and families are reeling from the greatest price increases in 30 years.

“John was basically telling Mark to get his head out of his ass,” Yarmuth said of the argument. “He was saying, ‘You’re not accomplishing anything, you’re stupid.’ ” 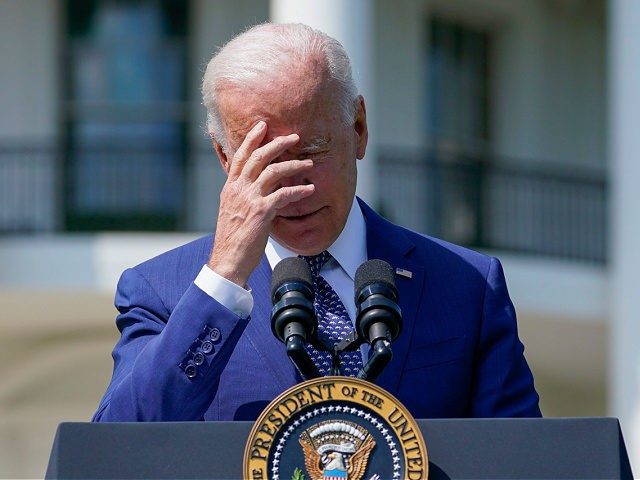 The incident reportedly did not result in a physical altercation, but Yarmuth suggested the infighting is a foretelling of Republicans reclaiming power in the House. “The prospect of being in the minority with Kevin McCarthy as speaker of the House and Jason Smith as chairman of the Budget Committee — God, I could go down the list — is horrible,” said Yarmuth.

One of eight Democrat members who have so far decided to retire, Rep. Cheri Bustos (D-IL), told the Post the Virginia election sweep on November 2 was a stark warning to the Democrat Party for the 2022 midterms. “If what happened in Virginia were to play out nationally we would lose 44 seats,” Bustos said. “And that’s even before redistricting.”

“The last two years were really, really hard,” she added about the infighting.

The conflict comes as House Speaker Nancy Pelosi (D-CA) is attempting to pass Biden’s reconciliation package in the House. But House Democrats are divided on whether the House should delay the vote until the Congressional Budget Office (CBO) score is released. The CBO score marks how much money the package will cost American taxpayers.

If the package is further delayed, it will further jam Democrats’ ability to govern. Democrats must fund the government and raise the debt ceiling in 18 days or likely before December 3.

Sen. Mitch McConnell (R-KY) warned Democrats in October that Republicans will stay out of the way and allow the Democrats to fund the government. Democrat infighting, however, may make it difficult for Democrats to accomplish the mundane legislative process.