House Democrats approved hundreds of billions of dollars in tax cuts for their wealthy, blue state donors with the passage of President Joe Biden’s “Build Back Better Act.”

On Monday, House Speaker Nancy Pelosi (D-CA) oversaw the passage of the filibuster-proof $1.75 billion budget reconciliation package that would deliver billions in tax breaks to the wealthiest residents of blue states if approved by the Senate and signed by Biden.

As part of the package, the State and Local Tax (SALT) deduction cap would be increased from its current $10,000 to $80,000 which would effectively amount to a $625 billion tax cut for the wealthiest Americans living in blue states — paid for by working and middle class Americans.

The Committee for a Responsible Federal Budget (CRFB) has noted that “a household making $1 million per year will receive ten times as much from SALT cap relief as a middle-class family will receive from the child tax credit expansion.” 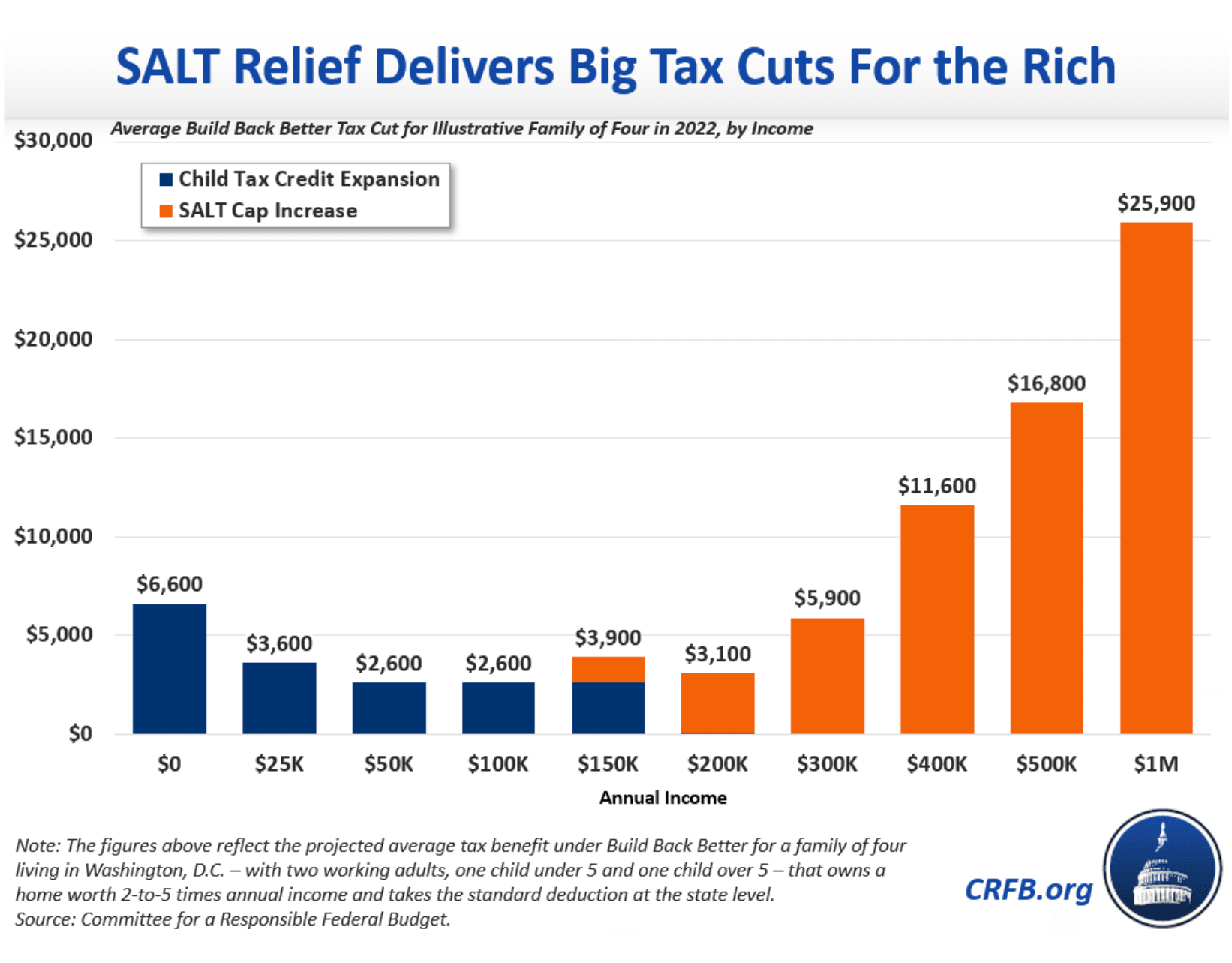 (Chart via Committee for a Responsible Federal Budget)

The left-wing Tax Policy Center has assailed the tax cuts for billionaires, comparing it to the package’s tax increases on middle class Americans.