Even the far-left Washington Post has been forced to admit that His Fraudulency Joe Biden’s $1.75 trillion Build Back Better (BBB) boondoggle benefits millionaires and billionaires more than anyone else.

Back in 2017, then-President Trump and the Republican congress increased taxes on the wealthy by removing a federal tax loophole that essentially forced non-wealthy federal taxpayers to pay for a loophole that primarily benefited the top ten percent of income earners.

What Trump did was put a $10,000 cap on the amount of taxes you paid to your state that you could turn around and deduct from your federal income taxes. Prior to this cap, the wealthy (who are really the only ones who ever pay more than $10,000 in state taxes) could deduct every penny paid to the state from their federal income tax. This deduction was unlimited.

This is called the SALT cap, or State and Local Tax cap. 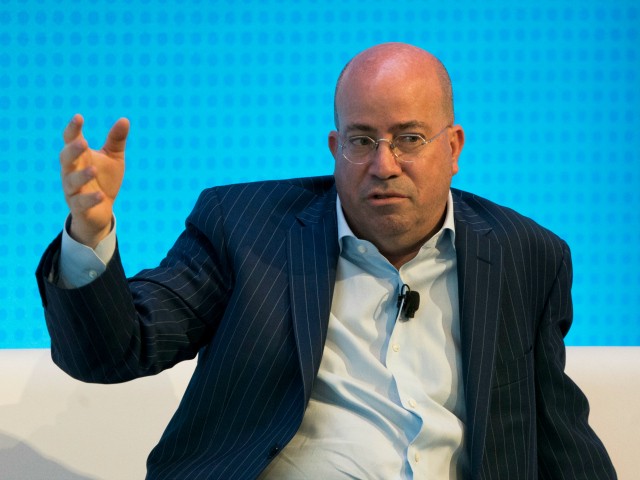 This is one of the ways the income tax system was rigged to benefit the wealthy and Blue States. This allowed the Blue States, such as New York or California, to tax the rich at obnoxiously high levels without scaring them into moving to a lower tax state. The rich didn’t mind paying these obnoxiously high state tax rates because they could avoid federal income taxes on all that income. So, instead of the taxes from Zucker’s $1.5 million going to the federal government, where we all benefit, any taxes paid on it went to his Blue State.

Remember when Democrats were the Tax The Rich party?

Well, those days are now so over that, at the time, Democrats tried (and failed) at all kinds of schemes to protect the rich from this tax increase.

Oh, and now, Biden’s vaunted Build Back Better plan, which is being sold as a populist program, primarily benefits the top ten percent by raising the SALT cap from $10,000 to $80,000.

[The increase in the SALT cap is] the second-most expensive item in the legislation over the next five years, more costly than establishing a paid family and medical leave program, and nearly twice as expensive as funding home-medical services for the elderly and disabled, according to an analysis by the Committee for a Responsible Federal Budget.

The study showed the SALT deduction would primarily benefit the top ten percent. Again, the numbers are staggering [emphasis added]:

“Over the next five years, raising the SALT cap would provide a tax cut only to those who itemize their taxes and pay more than $10,000 in state and local taxes — a group overwhelmingly made up of the wealthy. A recent analysis from the Tax Policy Center says the tax cut will benefit primarily the top 10 percent of income earners, with almost nothing flowing to middle- and lower-income families.

So what Biden wants to do is pass this MASSIVE $1.75 trillion bill, which will mean even higher food and energy prices due to the additional inflation all this spending will cause. He wants to explode the deficit further, and the bill benefits the wealthiest people in the country more than anyone else. 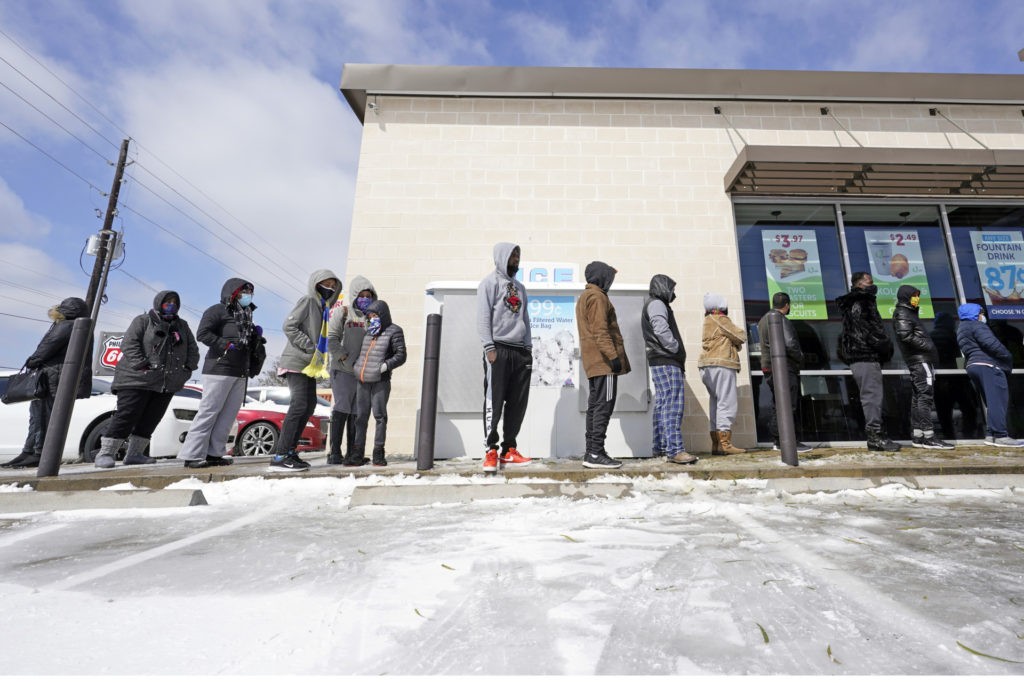 Here’s the kicker. No one benefits more; no one even comes close to benefitting more than the top one percent. They will receive a federal tax cut of nearly $15,000 per year, compared to ZERO for the bottom seventy percent. 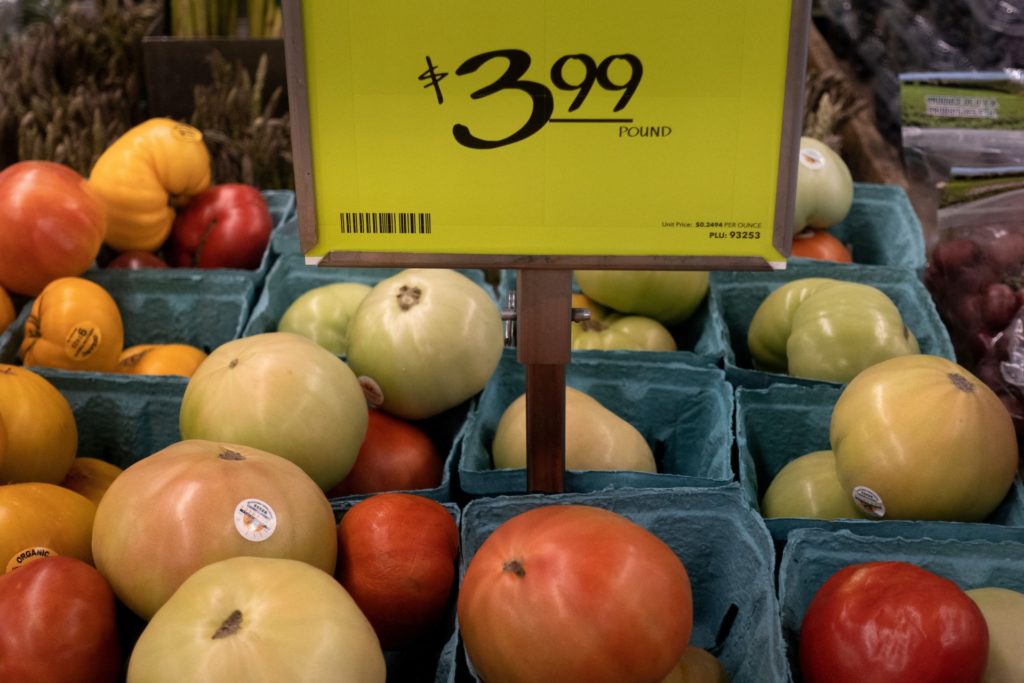 A view of fruit and vegetables at an area grocery store August 12, 2021, in Washington, DC. (BRENDAN SMIALOWSKI/AFP via Getty Images)

As my colleague John Binder wrote this week:

Slipped into the reconciliation package are hundreds of billions of dollars worth of tax cuts for the Democrat Party’s wealthiest donors, that would be paid for by America’s working and middle class.

“Roughly 98 percent of the benefit from the increase would accrue to those making more than $100,000 per year, with more than 80 percent going to those making over $200,000,” prior analysis from the Committee for a Responsible Federal Budget noted.

Biden is spending trillions of dollars and giving the people who need it least most of the money. 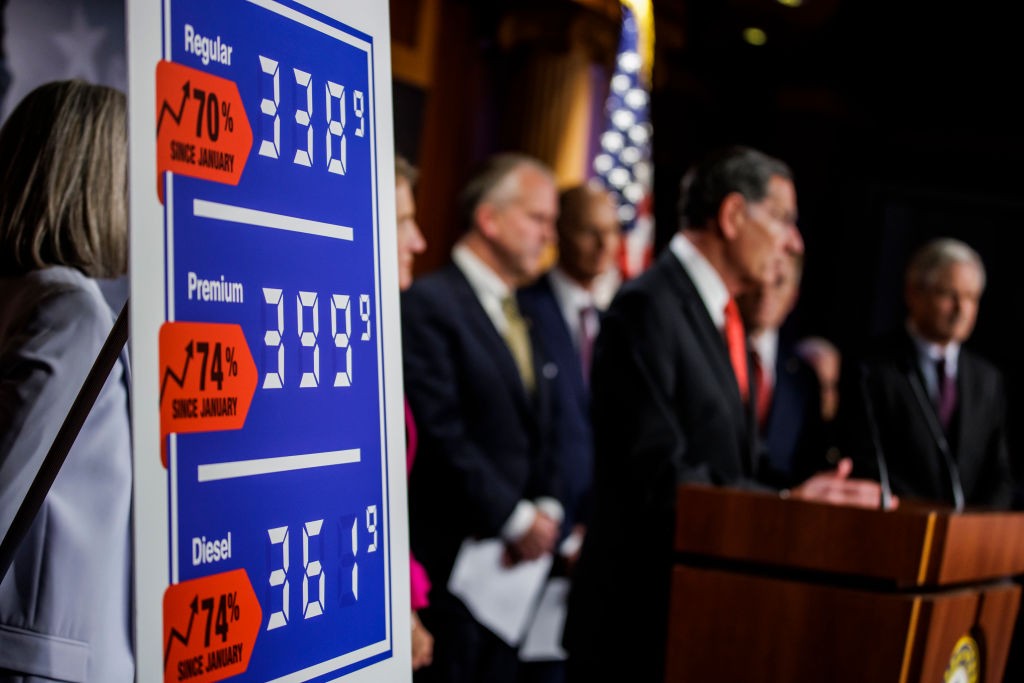 A poster showing gas price increases is seen as Sen. John Barrasso (R-WY) speaks alongside other Republican Senators during a press conference on rising gas an energy prices at the U.S. Capitol on October 27, 2021 in Washington, DC. Republicans are placing blame on the Biden Administration for the quickly rising gas prices this year as predictions estimate that heating costs this winter will rise significantly as well. (Samuel Corum/Getty Images)

You know, I’m not a tax-the-rich type person, but what drives me to distraction are loopholes and carve-outs, is how corporatists such as Biden and Nancy Pelosi bastardize the tax code to benefit their pals and donors. It’s corrupt and rigged, and grossly unfair.

It’s also deceptive. Biden and Pelosi are running around pretending to care about the little people as they push what amounts to a $1.75 trillion slush fund that is certain to make an already crippling inflationary crisis even worse, a crisis that hits the poor and working-class harder than anyone else.

The rich get $15,000 they don’t need, and our gas and food bills get even more expensive.