When I took on Joe Biden and Barack Obama in 2008, they used “Hope and Change.” Now, Biden is the inspiration for “Let’s Go, Brandon.”

My slogan was “Drill, baby, drill.” It was true and necessary in 2008, and it’s needed now more than ever.

During my vice presidential debate against Biden, at the time a four-decades long senator, the price of gas was $3.65 a gallon and a barrel of oil was $97 dollars. Biden had no solutions to the problem of high gas prices, and 13 years later, he remains as clueless.

Biden only reluctantly acknowledges that we have supply shortages. His baffling solution is to import oil from foreign countries. His response to high energy prices is to run and beg OPEC, the international cartel, for more oil. 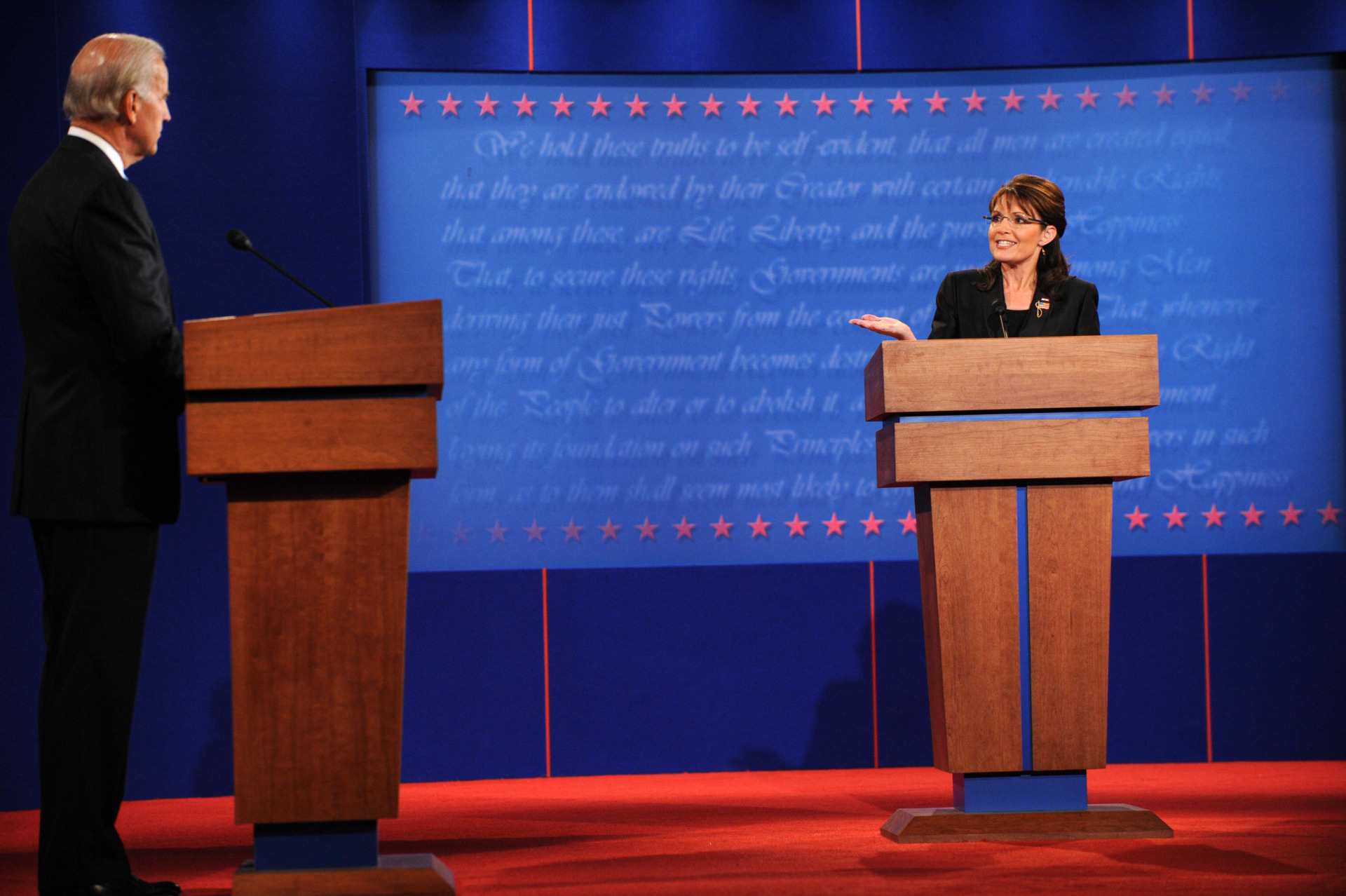 Why does Biden not want to produce here in America with American workers generating tax revenue for the American economy — where high paying jobs are created for American families and where we have stricter environmental and worker safety standards than anywhere else in the world?

“Drill, baby, drill” isn’t just a desire for more oil. It is a call for more of America.

The only part of America where Biden wants more is in our tax dollars. Recall that exactly one year after we were on that VP debate stage together, then-Vice President Biden proudly signed off on a $535 million loan to a little-known solar company called Solyndra. Taxpayers were burned on that deal, and now Biden’s trying to take even more of our hard-earned money for more Solyndras. Gotta’ give him credit — he believes in the green agenda so much that he even recycles terrible ideas. 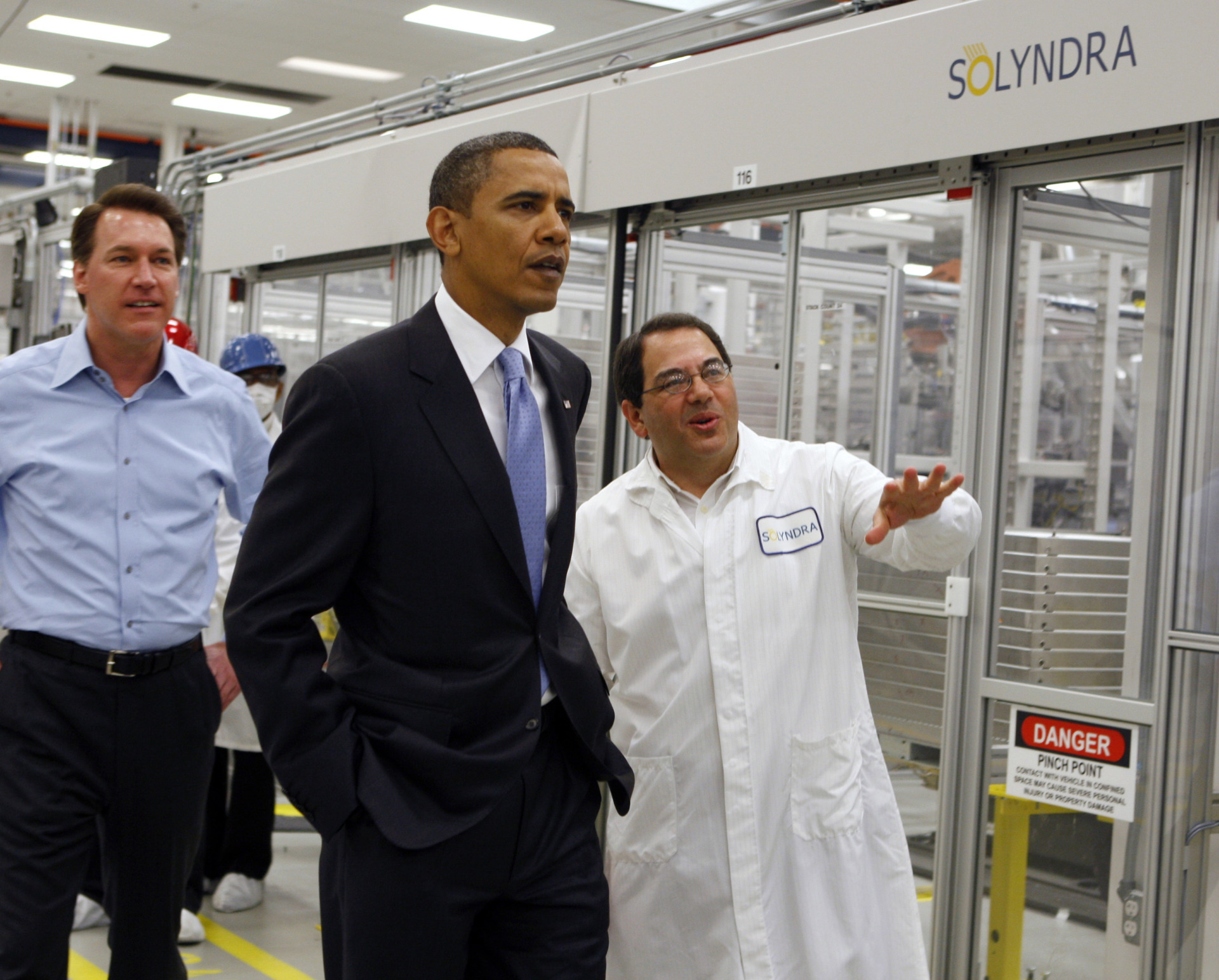 In this May 26, 2010, photo, President Obama, center, is given a tour of Solyndra by Executive Vice President Ben Bierman (right) as Chief Executive Officer Chris Gronet (left) walks along at Solyndra Inc. in Fremont, California. Obama said on October 3, 2011, that he does not regret a $528 million loan to the company that later collapsed, saying officials always knew a clean energy loan program would not back winners 100 percent of the time. (AP Photo/Paul Chinn)

As the former governor of Alaska, I am well versed in energy production and how government regulations and overreach can stifle the industry. Biden’s decisions, such as killing the Keystone Pipeline and stopping responsible oil and gas development on federal land, were all deliberate and illegal actions made by an administration that does not understand whatsoever how we produce our energy. Consequences took a few months to kick in, but we’re feeling them now. Drilling has slowed. Exploration has slowed. Investment has been scared away. Devastating ramifications are around the corner.

America now suffers because two million fewer barrels of oil are being produced every day compared to just one year ago. The diminished supply caused the huge spike in prices, which gets compounded across every other sector of the economy, including agriculture, manufacturing, transportation, and job creation in general. Much of our current inflation (a record 6.2 percent in the last quarter!) is driven by these energy costs. The entire domino effect was started at the White House by a president who won’t learn his lesson.

More energy means more possibilities, more prosperity, and more security. Cheaper electric bills mean businesses don’t have to raise prices. It means manufactured goods and food aren’t as expensive. It means our families save more and pay less to commute, eat, educate, and entertain. Inexpensive energy powers the national economy. Our energy has turned America into the envy of the world.

Instead of celebrating such an important distinction, we suffer under an administration that punishes it. The White House looks to our adversaries to provide us with the energy we need to survive; and it’s energy we have right underfoot. 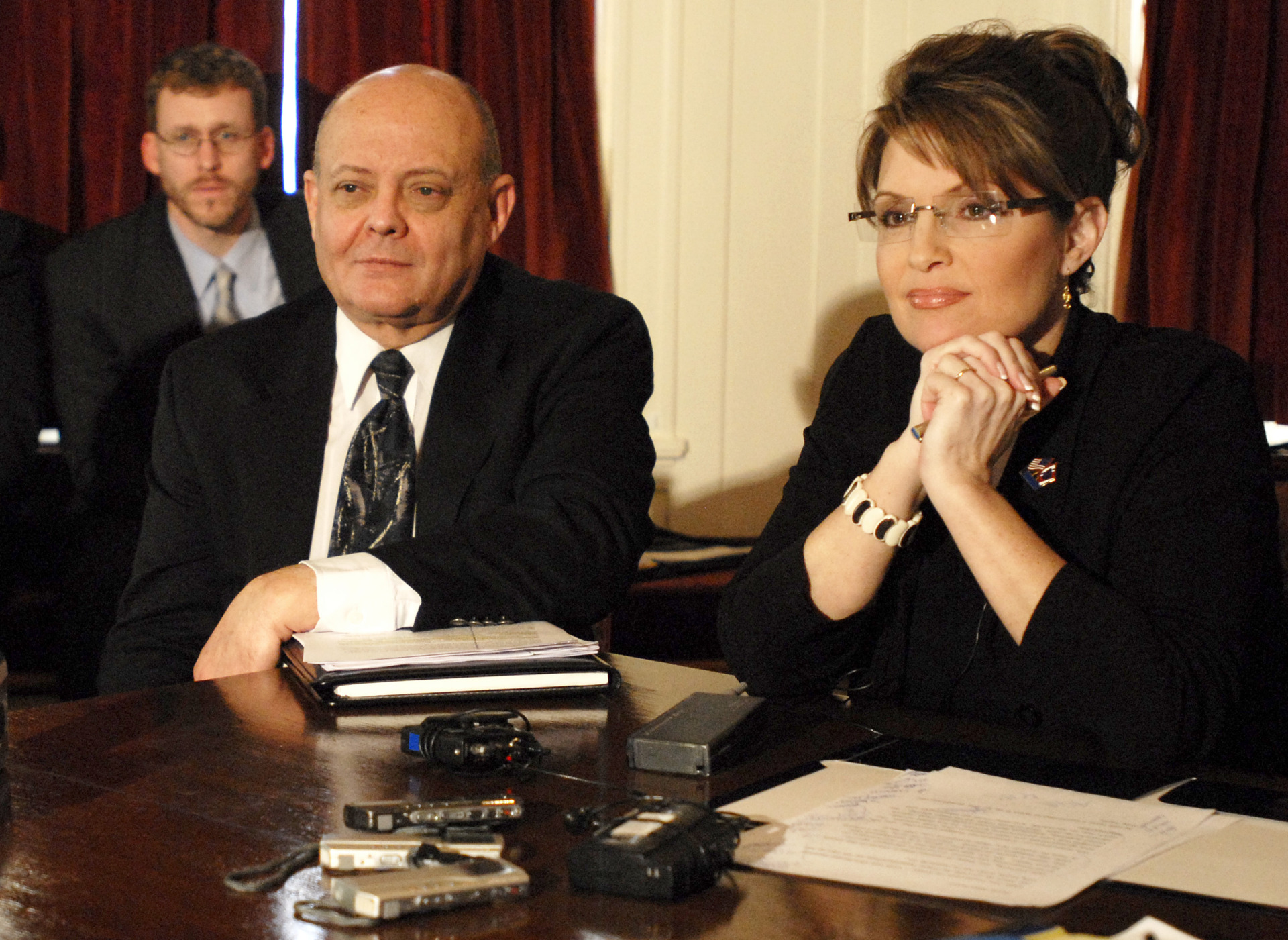 Alaska Gov. Sarah Palin (right) with her commissioner of the Department of Natural Resources, Tom Irwin, (left) answering questions at a press conference at the Governor’s Mansion in Juneau, Alaska, on January 29, 2008. (AP Photo/Chris Miller)

The mainstream media sure milks my comments about Russia. But now the joke’s on us, as Vladimir Putin gets the last laugh. Russia itself could not have designed a more favorable U.S. foreign policy than what Joe Biden has delivered.

The American people are practical and rational, and we are growing impatient. Americans innately understand “Drill, baby, drill,” which is why it resonated on the campaign trail in 2008. It is why in 2019, we became the world’s largest oil and gas producer, lowering emissions while relegating OPEC to irrelevance. We succeeded because we got government out of the way, and the great American system of free markets drilled.

“Drill, baby, drill” is a call for less government and more trust in the American people. It’s a call for more America! That spirit was true in 1776 and is true today. The current energy crisis is entirely manmade by the politician currently residing at 1600 Pennsylvania Avenue.

But I remind myself that we just celebrated Thanksgiving, and so I share a reminder that we should all be grateful that once this administration is gone, America can return to her position as the world’s leader and the most prosperous and voluntarily generous nation on earth, because we’ll again be the world’s largest energy producer.

Sarah Palin is the former governor of Alaska and 2008 Republican vice presidential nominee.