Harris appeared at a forum hosted by Treasury Secretary Janet Yellen to discuss proactive ways to increase access to financial systems and capital for racial minorities.

The vice president shifted the conversation to a more radical approach, pointing out fundamental racial flaws with the existing financial system.

“Some of these designs were just designed not to benefit the people that we’re talking about,” she said, before pausing. “Or the better way to say this, it was designed to benefit other people,” she added with a laugh.

Harris said the existing financial system was structured to serve people who already had access to information and capital. 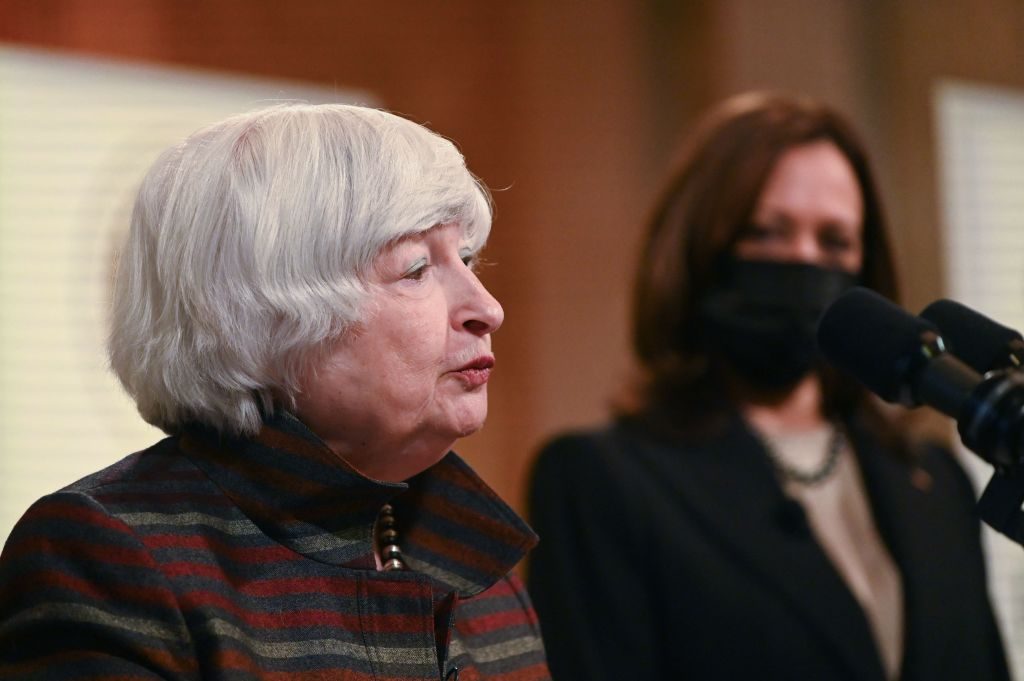 “It’s not only about a state of mind in terms of this new approach, it’s about restructuring a system,” she said.

Harris also spoke about the goal of “eradicating the racial wealth divide,” and “ensuring equal access and equitable distribution of resources” in the American economy.

“Part of the challenge of ensuring equal access and the equitable distribution of resources is the people need to know their rights,” she said.
Harris said the coronavirus pandemic only added to concerns about whether “folks can trust the system, whether they can believe in the system, whether it is working for them, whether it sees them.”

Harris spoke of her effort to take on the big banks when she was the Attorney General of California during the foreclosure crisis with the help of Rep. Maxine Waters.

“Let’s remember, that black and brown homebuyers were charged twice as much in terms of interest rates,” she said, arguing that it made them twice as likely to get their homes foreclosed by banks.

“It’s a very blatant cause and effect,” she said with a laugh.

During the event, the vice president spoke about the need for economic justice, claiming Dr. Martin Luther King Jr. was assassinated because of his efforts to organize workers.

“It was Dr. King, remember, who was organizing sanitation workers, who was, and I think, frankly, many of us do, that’s part of why he was assassinated,” she said. “Because he was starting to join the civil rights movement with economic justice movement.”