“It is still under active discussion at the Pentagon. But there’s been no policy decision made about requiring the booster shot, making it mandatory,” he said during an off-camera gaggle with reporters.

“Again, I want to add the secretary strongly encourages those who are eligible to get the booster shot because the science does show it absolutely helps reduce the risks of contracting and certainly for those who get it in breakthrough cases, the science shows that it minimizes the effects of covid. So we strongly encourage people who are eligible to get the booster,” he said.

He said the Department of Defense is not tracking the number of service members who have taken the booster shot, since it is not mandatory and not every service member is eligible. 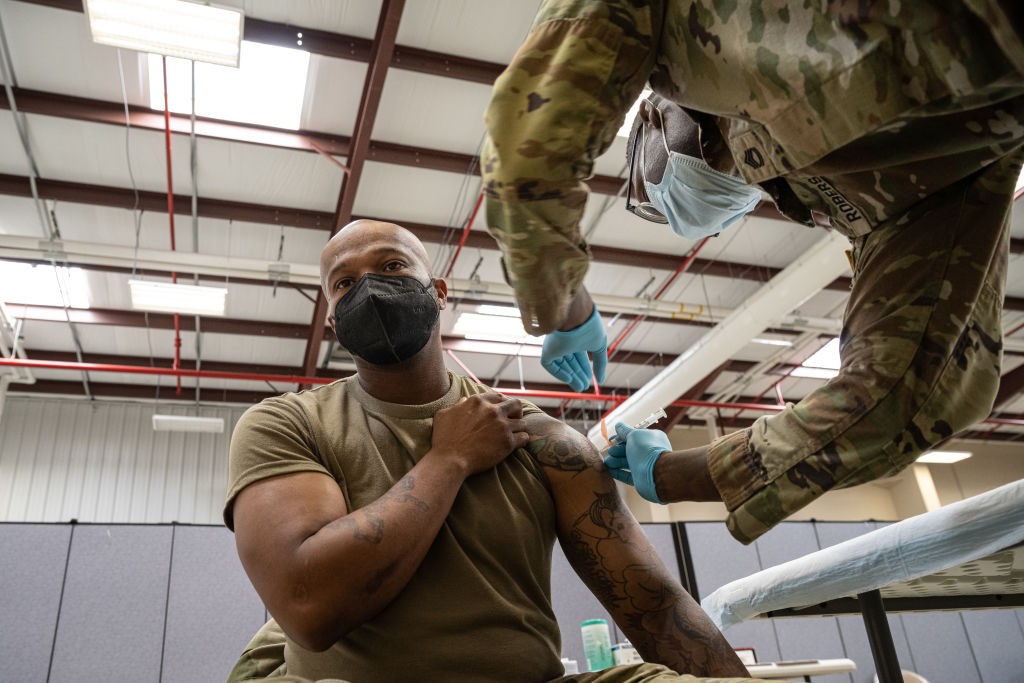 He said of the total force, including reservists and the Guard with at least one dose, it is almost 90 percent. He the total force who are fully-vaccinated stands at just under 75 percent.

Regarding news that the Air Force is discharging 27 airmen over declining to get the vaccine, he said administrative discharges are “common practice.”

As previously reported by Breitbart News, the Navy relieved Cdr. Lucian Kins on Friday for declining to take the vaccine or submit to testing.