The current standard for 2021 autos is 40 miles per gallon.

The United States Environmental Protection Agency (EPA) believes the regulations will be the harshest standards in history.

“We are setting robust and rigorous standards that will aggressively reduce the pollution that is harming people and our planet—and save families money at the same time,” EPA Administrator Michael Regan claimed.

The rules are expected to be recorded in the Federal Register by end of the year, then entering into force 60 days after publication.

According to the Huffington Post, the standards were rushed through the administrative state before January to ensure the regulation would “come into force for 2023 vehicle models.” 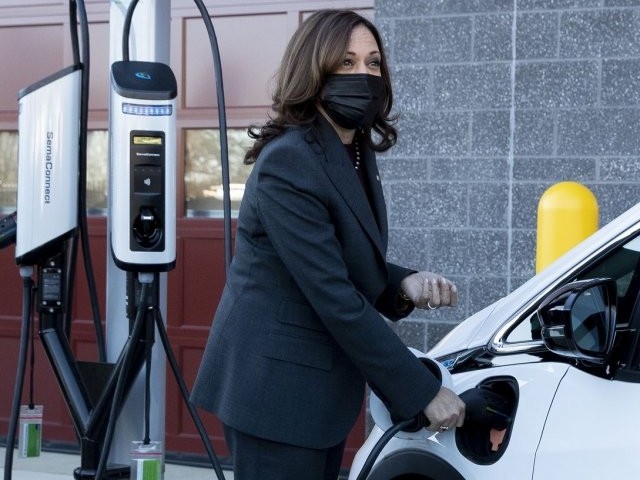 Vice President Kamala Harris speaks on Monday next to an electric vehicle during a visit to Brandywine, Md. Photo by Michael Reynolds/UPI

Auto manufactures are worried they will not be able to afford the swift transition away from gasoline-powered vehicles.

Industry experts have suggested the federal government will have to subsidize the transition. The WSJ reported:

The EPA estimates the companies can comply for model year 2026 with electric vehicle sales at about 17%, and with expanded use of efficiency technology.

U.S. consumers have been slow to warm to electric vehicles, which are on track to account for 3% to 4% of sales this year, according to analysts at Deutsche Bank.

Not all consumers want to drive green vehicles, with some fearing running out of electrical charge before finding a charging station and others not wanting to wait up to 30 minutes to charge a vehicle.