House Republican leaders are targeting House Speaker Nancy Pelosi (D-CA) over the January 6 riot, saying she refuses to respond to their questions about security at the U.S. Capitol and that her select committee is in fact a “cover-up” for the speaker’s missteps surrounding the riot.

“This partisan sham committee is not focused on answering the most important questions of why the Capitol was left unprepared that day and how we can ensure this never happens again,” Stefanik began.

“Most importantly, the American people deserve to know what the mainstream media refuses to cover: The fact that the only office that is off-limits to this partisan sham investigation is Speaker Pelosi’s office,” Stefanik continued. “This is a political weapon, and it’s used to cover up for Nancy Pelosi’s failures.”

House Administration Committee ranking member Rep. Rodney Davis (R-IL), who was also on the call, detailed a letter he wrote to Pelosi on Monday demanding the security officials who ultimately report to her — the House Sergeant-at-Arms and the House Chief Administrative Officer — comply with Republican requests for information about how the Capitol was protected on January 6.

In his letter, Davis accused Pelosi of continuing to “obstruct Republican access to House records relating to the security preparedness of the Capitol complex on January 6th, 2021.” 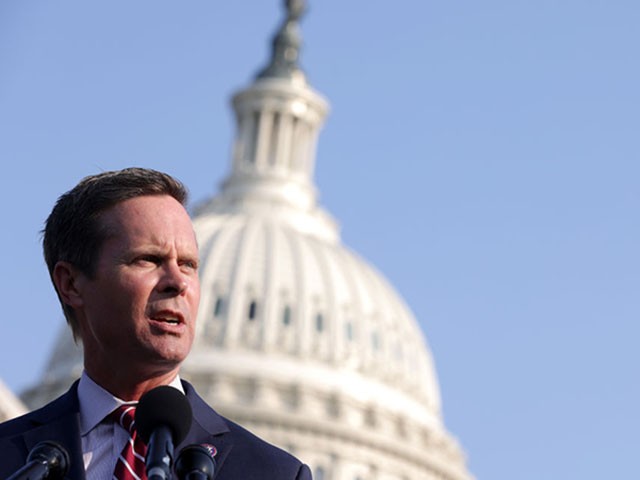 Rep. Rodney Davis (R-IL) speaks during a news conference in front of the U.S. Capitol on July 27, 2021, in Washington, DC.  (Alex Wong/Getty Images)

He also cited letters he sent early last year to both security officials and Pelosi that he said went unaddressed, but he added that a third security entity, the U.S. Capitol Police (USCP), was immediately responsive to his initial letter.

In his new letter, the Illinois Republican highlighted that former USCP Chief Steven Sund and former Sergeant-at-Arms Paul Irving had “conflicting” accounts about what occurred leading up to and during the January 6 riot, namely whether Irving rejected Sund’s request for National Guard presence on January 6 because he was worried about the “optics” of it and who in the “chain of command” was directing Irving as the Capitol breach occurred.

Read a full copy of Davis’s letter below:

Judiciary Committee ranking member Rep. Jim Jordan (R-OH), a known oversight hawk who also joined in on Monday’s call, told reporters that the conflicting testimonies between USCP and the Sergeant-at-Arms represent a “fundamental issue” given USCP was fully compliant with Davis’s requests while the Sergeant-at-Arms, who reports to Pelosi, has not been.

Jordan also drew attention to January 6 committee chair Rep. Bennie Thompson’s (D-MS) comment to CNN last July, when Thompson essentially absolved Pelosi of any and all responsibility for the January 6 riot. “Well, if you look at the charge that we have in the resolution, it says the facts and circumstances around January 6. I don’t see the speaker being part and parcel to that,” Thompson had said.

Rep. Jim Banks (R-IN), chair of the Republican Study Committee tasked with crafting and delivering GOP talking points, also spoke on the call and noted that House Republicans are pursuing their own informal investigation and have conducted “numerous interviews” with USCP officers and others with a “role related to security” at the Capitol. 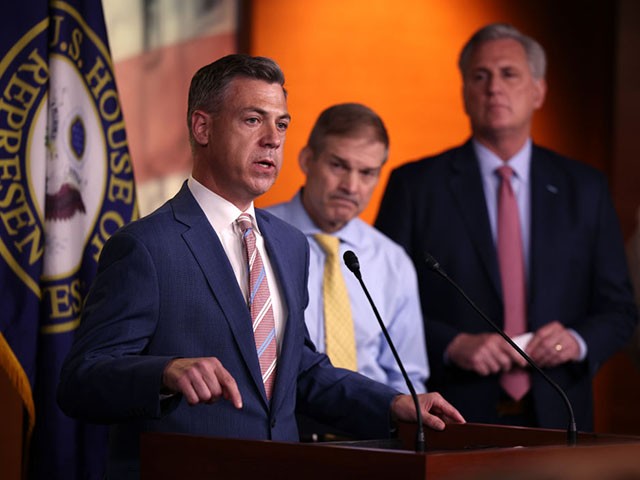 “We keep hearing a repeated theme,” Banks said, explaining that “policy and personnel changes that occurred in November [2020],” the intelligence gathering and dissemination process, and USCP officers being ill-equipped to manage a riot are consistent topics broached in their interviews.

“We hope in the months to come to release our findings in a more formal manner, and with that make policy recommendations,” Banks said.

Several reporters from right-leaning outlets, including Fox News, the Daily Caller, and the Washington Examiner, joined the call, as well as former House Speaker Newt Gingrich, who is a Fox contributor.

Gingrich reminded Republicans that with the midterms approaching and a potential GOP majority on the horizon, “one of the benchmarks” they could set is to “formally instruct all the various officers and people that you want them to preserve everything” in preparation for a “genuinely nonpartisan effort to review all of this once you’re in charge since this [January 6 committee] is so clearly an absurd and totally partisan approach.”

One outlet not on the call, D.C. insider Politico, complained later on Monday that Stefanik “cherry picked reporters” to participate. “I wasn’t allowed on call nor were others,” Politico congressional reporter Olivia Beavers wrote on Twitter.

Rep. @EliseStefanik, head of House GOP messaging, cherry picked reporters allowed on this call re. 1/6 committee/Cap security — despite alerting it through official channel.

I wasn’t allowed on call nor were others. Told conservative reporters/outlets were on it, however. pic.twitter.com/dviCdpJQKM

Breitbart News reached out to Pelosi’s office for comment on Republicans’ claims against her, and her office pointed to Administration Committee chair Rep. Zoe Lofgren’s (D-CA) statement on Monday responding to Davis’s letter, which she described as “pure revisionist fiction.”

“The Chief Administrative Officer and House Sergeant at Arms have already notified Ranking Member Davis they are complying with preservation requests and will fully cooperate with various law enforcement investigations and bonafide Congressional inquiries,” Lofgren said.

“Today’s letter is yet another attempt by the minority party to distract and deflect,” Lofgren contended, adding that Democrats will “continue to examine” the January 6 riot and “identify lessons learned, and recommend laws, policies, procedures, rules, or regulations necessary to protect our republic in the future.”