President Joe Biden said his speech Thursday memorializing the first anniversary of the January 6 protests of the 2020 presidential election should not be viewed as a political battle, even though he focused intently on condemning former President Donald Trump.

“I did not want to turn it into a contemporary political battle between me and the president,” Biden told reporters on Capitol Hill after the speech when asked why he did not directly name Trump.

Biden referred to Trump 16 times during his speech, repeatedly condemning him for fueling the January 6 protests on Capitol Hill and failing to act quickly enough to tell his supporters to go home.

The president repeatedly taunted Trump in his address for losing the 2020 election. 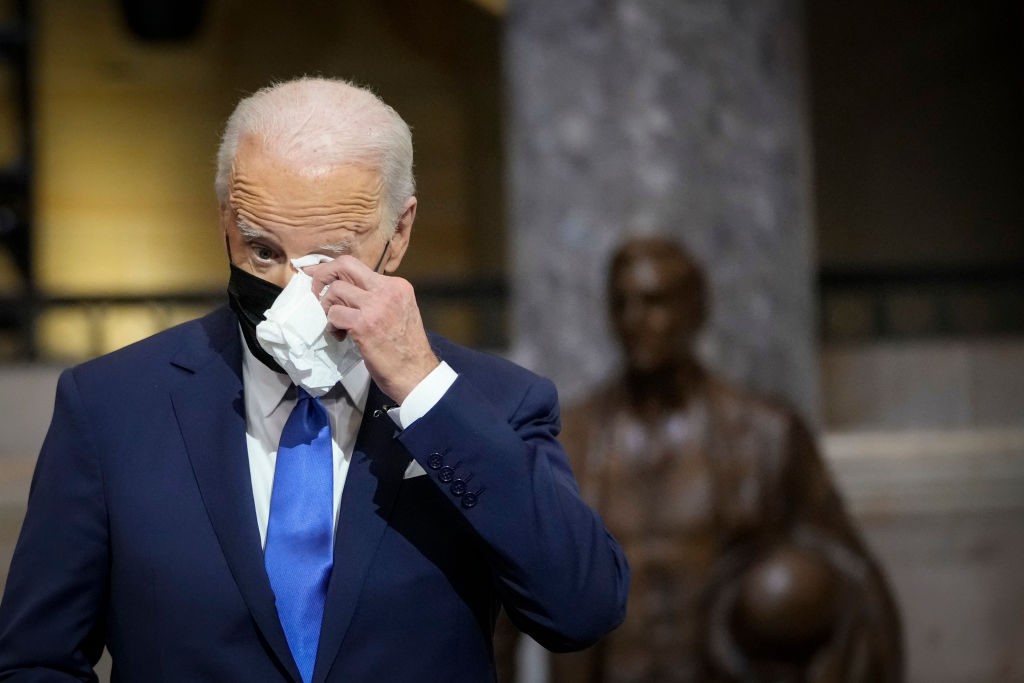 U.S. President Joe Biden dabs his eyes as Vice President Kamala Harris delivers remarks on the one-year anniversary of the January 6 attack on the U.S. Capitol, during a ceremony in Statuary Hall at the U.S. Capitol on January 06, 2022, in Washington, DC (Drew Angerer/Getty Images).

The president also confronted Trump’s repeated claims the 2020 election was “rigged” and “stolen” by Democrats.

Here’s the truth: A former President of the United States of America has created and spread a web of lies about the 2020 election. He’s done so because he values power over principle. Because he sees his own interest as more important than his country’s interest, and America’s interest. And because his bruised ego matters more to him than our democracy or our Constitution.

Biden also attacked Republicans accusing them of abandoning their country and their party by continuing to support Trump.

“They seem no longer to want to be the party, the party of Lincoln, Eisenhower, Reagan, the Bushes,” Biden said, criticizing them for seeking “the rule of a single man” over the United States. 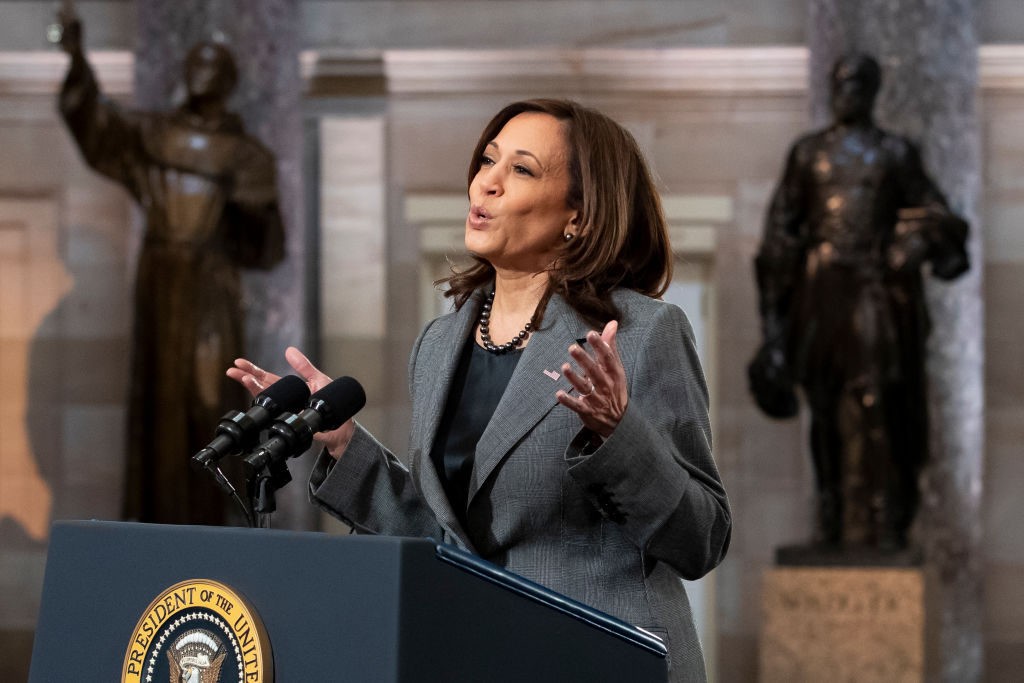 U.S. Vice President Kamala Harris delivers remarks on the one-year anniversary of the January 6 insurrection in Statuary Hall of the U.S. Capitol on January 6, 2022, in Washington, DC (Michael Reynolds-Pool/Getty Images).

But in the same speech, Biden tried to play the role of a national healer.

“I believe the power of the presidency and the purpose is to unite this nation, not divide it,” he said. “To lift us up, not tear us apart. It is about us, about us, not about me.”