As the media fawned over House Speaker Nancy Pelosi (D-CA) commemorating the January 6 Capitol Hill riot on Thursday, few remembered when she praised protesters who stormed the Wisconsin State Capitol in 2011.

Over a decade ago, in the February of 2011, unionists stormed the Wisconsin State Capitol to prevent a vote on collective bargaining reform – the Act 10 protests. As Fox News noted, “thousands of demonstrators managed to enter the building by violently breaking down doors and shattering windows.” 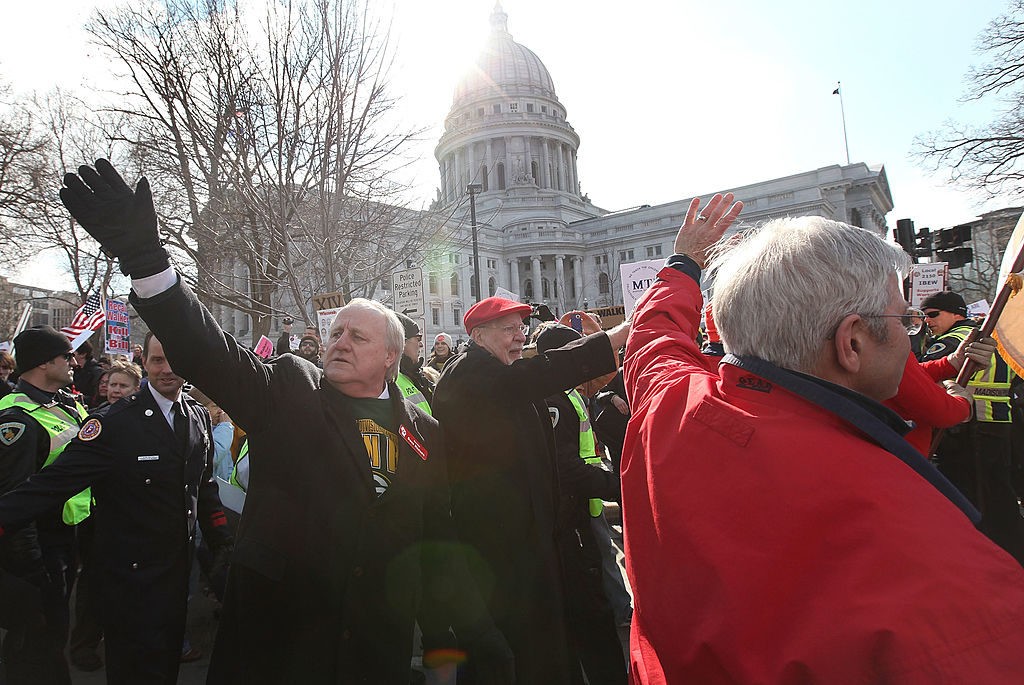 This video provides a small glimpse as to what the occupation looked like:

Nancy Pelosi not only refrained from words like “insurrection” or “terrorism” in reference to the public disorder, she outright praised the occupation as “democracy in action.”

@WeGotEd @thelastword I stand with the students & workers of #WI, impressive show of democracy in action #solidarityWI

As Breitbart News’ Joel Pollack also noted last year in the wake of January 6, the summer of 2020 was a ‘left-wing insurrection’ due to the Black Lives Matter riots in the wake of George Floyd’s murder at the hands of a Minneapolis police officer.

The scene that unfolded in front of the White House in late May looked like the “color revolutions” — the protests that have toppled governments in the former Soviet empire in recent decades.

Masses of people gathered in Lafayette Square, joined by leaders of the opposition party — including then-Sen. Kamala Harris and Speaker of the House Nancy Pelosi.

By night, rioters hurled bricks and bottles at the Secret Service; Trump had to be evacuated to a bunker for his own safety.

Journalist Andy Ngo highlighted the violence the unfolded in front of the White House that day.

Flashback: In May 2020, mobs of fat-left rioters tried to storm the White House. They were repelled by police, who were assaulted and hit with projectiles. Democrats and leftists condemned law enforcement at the time for stopping the rioters. #CapitolRiot pic.twitter.com/lJcwdQHC51