The group was apparently only able to agree on two items: the difficulty of successfully plotting opposition to the former president, and the group’s dilemma of making up for lost time.

Those in attendance on the secretive phone call were reportedly former White House staffers who served at the pleasure of Trump but likely found more harmony with the administrative state, the unofficial fourth branch of government:

Taylor, who wrote an op-ed and book critical of the Trump White House as “Anonymous,” reportedly led the call and leaked to CNN the group was “overflowing with ideas” on how to restrain the former president

“We all agreed passionately that letters and statements don’t mean anything,” Taylor said. “The two operative words are ‘electoral effects.’ How can we have tangible electoral effects against the extremist candidates that have been endorsed by Trump?” 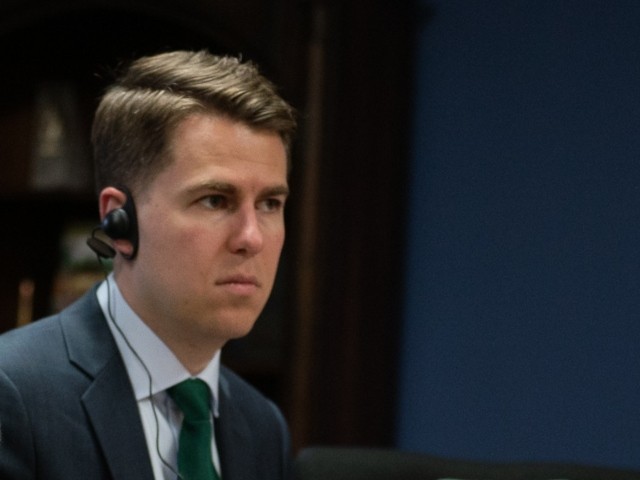 Trump has not shied away from engaging the political sphere since Joe Biden assumed office last year.

Trump has handed out numerous congressional endorsements, mounted a campaign to oust Sen. Mitch McConnell (R-KY) from his leadership position in the Senate, held MAGA rallies, and given interviews to both Breitbart News and establishment media, even though the establishment media has consistently tried to destroy him.

Trump has not announced a 2024 presidential bid but did hint at a potential run during Saturday’s Arizona rally. “Trump Soft-Launches His 2024 Campaign,” the Atlantic wrote about the rally. “Trump 2024 is here, if he wants it,” Politico headlined.