Iranian advocacy group Iranian Americans for Liberty (IAL) slammed President Joe Biden after a third delay of the trial of a suspected Iranian secret agent, accusing the president of seeking to appease the theocratic Islamic regime of Iran.

In an exclusive statement made to Breitbart News on Thursday, Iranian Americans for Liberty (IAL) Executive Director Bryan E. Leib condemned the latest delay in the trial of alleged Iranian operative Kaveh Lotfolah Afrasiabi who was arrested by the FBI last year after being accused of acting and conspiring to act as an unregistered agent of the Iranian government.

Iranian Americans for Liberty, a bipartisan community of Iranian Americans working to aid those living under the oppressive Iranian regime, “strongly condemns President Biden’s Department of Justice (DOJ) for agreeing to a third postponement in their case against Kaveh Afrasiabi,” Leib said.

He then accused the president of using the 64-year-old Afrasiabi as a “political bargaining chip.”

“The DOJ is well within their rights to reject these postponement requests but sadly they have not,” he said. “We believe that Kaveh Afrasiabi is being used by President Biden as a political bargaining chip in a potential prisoner swap with the Islamic Republic.” 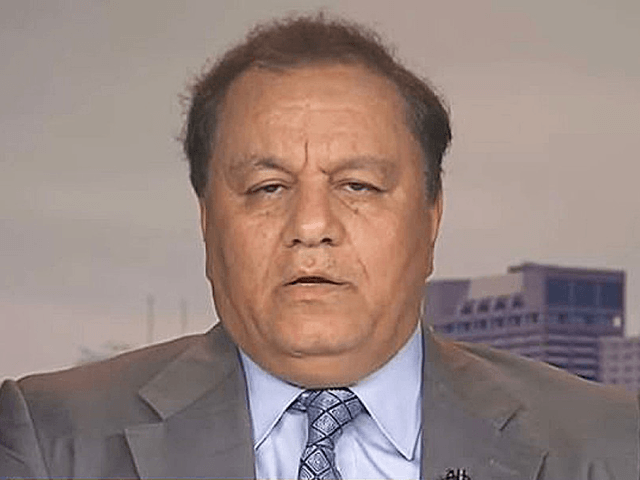 “President Biden should instruct U.S. Attorney General Merrick Garland to vacate the postponement and order a full jury trial for the first week of February,” he said.

“If he doesn’t, it will be clear that he is more interested in appeasing the Islamic Republic instead of defending the American people from Iranian spies,” he added.

Afrasiabi, an author and political scientist, was arrested by the FBI on charges of acting as an unregistered agent for the Iranian government last January.

According to the DOJ, he has been leading a double life as a secret operative of the Iranian regime while working as a scholar and commentator in the United States, contributing to major publications such as the New York Times, Washington Post, and The Nation, as well as various academic journals.

In one instance, he was accused of contacting Iran’s foreign minister with advice for “retaliation” for the killing of Major General Qasem Soleimani in a U.S. airstrike.

In a letter addressed to Attorney General Merrick Garland sent in October, GOP Lawmakers described continued trial delays as “deeply troubling,” while expressing their belief that Afrasiabi was “abusing our judicial process” due to his continued requests to postpone his hearing. 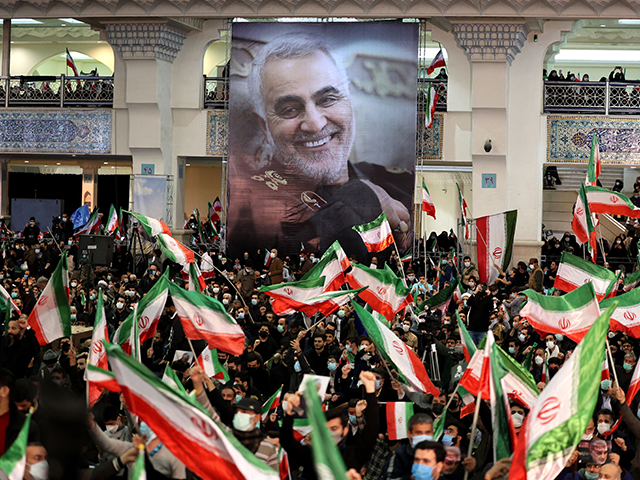 Iranians lift national flags during a ceremony in the capital Tehran, on January 3, 2022, commemorating the second anniversary of the killing in Iraq of top Iranian commander Qasem Soleimani (portrait) and Iraqi commander Abu Mahdi al-Muhandis in a U.S. raid. (Photo by ATTA KENARE/AFP via Getty Images)

“We are disappointed to see the DOJ again grant him this privilege and encourage the department to oppose any future requests of this nature,” the letter read.

Accusing Iran of using Afrasiabi “as a political tool for backdoor negotiations,” the lawmakers called to send a “stern” message that such acts would not be tolerated.

“[I]t is imperative that the DOJ send a stern message to Iran and other adversaries that the United States will not tolerate any efforts to undermine our democracy,” the letter continues.

Afrasiabi’s trial was previously postponed twice last year at his request after complaining of medical issues he claimed hindered his ability to assist in preparing his defense.

A date has yet to be scheduled for the trial’s commencement.