As 33.7 percent approved and 61.5 percent disapproved of Biden, in May, the Atlanta Journal-Constitution poll showed Biden with a 51 percent approval rating among Georgians, a 17.3 drop in eight months.

(AJC – Georgia) Do you approve/disapprove of Biden?

Just 59 percent approved of Biden and 36 percent disapproved. Only eight percent of black voters in May disapproved of Biden, a 28 point increase. Historically, Democrat presidents after Lyndon Johnson have polled significantly better.

Georgians’ opinion of Biden is similar to nationwide polling. In mid-January, Biden’s overall approval rating was pegged at 33 percent, while 53 percent disapproved. 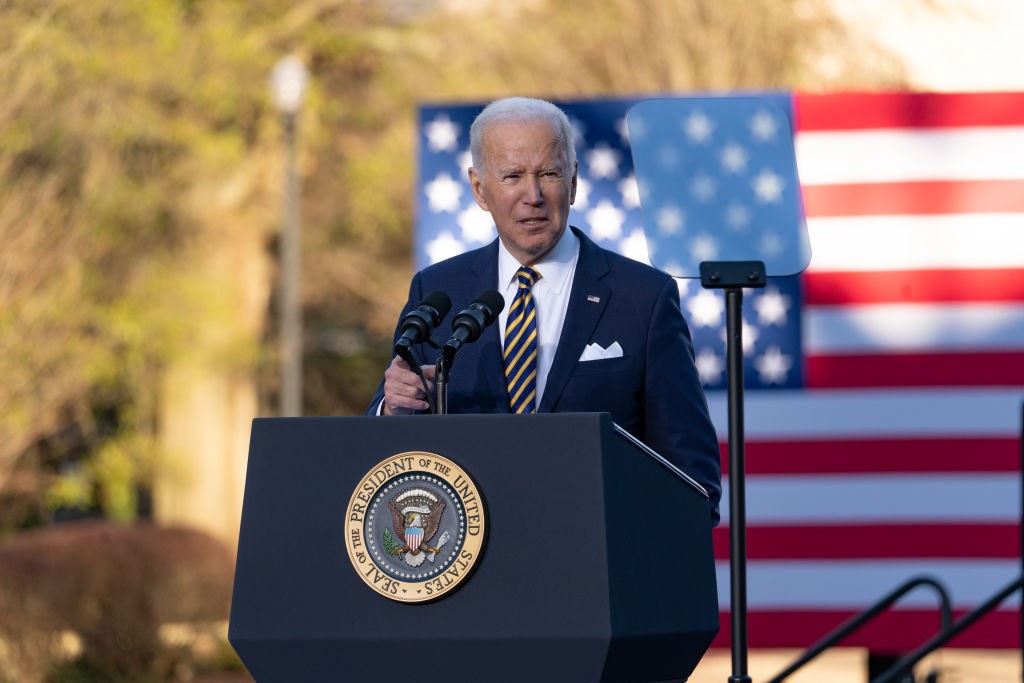 According to the Atlanta Journal-Constitution/University poll, a majority of Georgians also believe Biden’s 40 year high inflation and sagging economy are issues resulting from “government policies and won’t change until we change the political leadership.”

Biden’s term ends in 2024 and he has stated he intends to campaign for reelection.

The polling for Biden comes as radical activist and failed gubernatorial candidate Stacey Abrams did not attend Biden’s visit to Georgia in January due to a “scheduling mix up.”

According to a new AJC poll, only 33.7% of Georgians approve of Biden while 61.5% disapprove.

No wonder Stacey Abrams had a “scheduling mix up” when Biden went to Atlanta.

When Biden was asked if he was insulted by Abrams’ absence, Biden told reporters he was “insulted that you asked the question.”

“I spoke to Stacey this morning,” he explained. “We have a great relationship. We got our scheduling mixed up. I talked to her at length this morning. We’re all on the same page, and everything’s fine.”