Vulnerable Democrats come out with a separate midterm agenda days before squad member Rep. Rashida Tlaib (D-MI) delivers a formal response to President Joe Biden’s State of the Union address in which she will complain about “moderate” Democrats, the purpose of which is to make them more appealing before voters go to the polls.

Times stated that the plan from the vulnerable Democrats is meant to underscore attacks from Republicans and to show that the Democrats have been somewhat successful while “Republicans have been at weaponizing issues like pandemic-related school closures and ‘defund the police’ efforts against Democrats in politically competitive districts.”

“The plan avoids other items popular with progressives, such as a $15 minimum wage and a universal, single-payer ‘Medicare for all’ insurance system,” the Times wrote. “But it embraces some of the most broadly popular health care initiatives in Mr. Biden’s now-moribund Build Back Better Act.”

Some of its headline initiatives are not backed by the legislation below those programs. The plan promotes “Combating the Climate Crisis,” for instance, but the bills listed on that topic address the reliability and resilience of the electricity grid, top concerns for climate change deniers.

But the agenda’s authors hope to at least revive a sense of momentum in a Democratic Congress that has entered the doldrums since enactment of a $1.2 trillion infrastructure law in November, followed by the Senate’s stymying of House-passed climate and social safety net legislation and a far-reaching voting rights bill.

The dozens of bills listed in the agenda all have Democratic and Republican authors, many of them endangered either by anti-Democratic momentum or by challengers endorsed by former President Donald J. Trump.

The report also acknowledges that it was “no accident that the document is circulating just before Mr. Biden’s State of the Union address on March 1, and the following week’s House Democratic ‘issues’ retreat.” Tlaib is slated to give a formal response to Biden. A report from Politico indicated that she will complain about the “moderate” Democrats for not helping pass items from Biden’s legislative agenda. 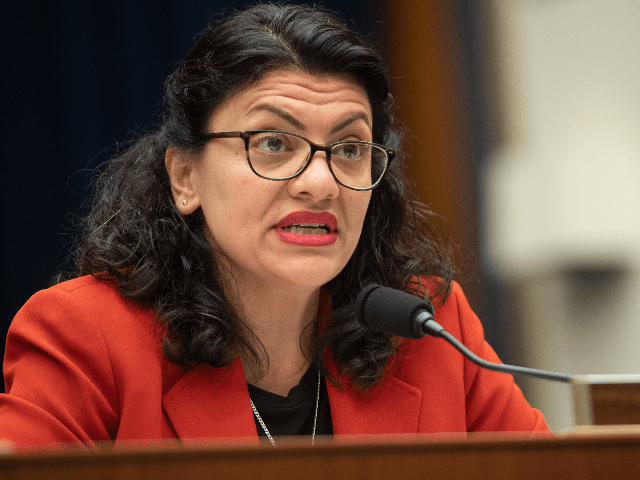 Democrats have a lot on the line going into the election season while the vulnerable Democrats have to go through a tough election. Still, the battle for which party holds the majority is as essential. The Republicans are poised to take back the House majority since they only need to net five seats. A recent analysis by left-leaning Punchbowl News indicated that House Republicans are slated to pick up at least ten House seats because of Democrat retirements alone.