Outgoing Los Angeles Mayor Eric Garcetti’s mother and father are trying to rescue his nomination as U.S. ambassador to India, hiring a lobbying firm to convince Senators to confirm him, despite allegations he ignored sexual misconduct in his office.

The firm McGuireWoods Consulting registered with the federal government this week on behalf of Sukey and Gil Garcetti to lobby on the issue of “Outreach Related to Confirmation for Ambassadorship Nomination.”

The effective date for the lobbying registration was April 5.
President Joe Biden nominated Garcetti in July to become U.S. ambassador to India, but the mayor’s Senate confirmation has been uncertain following accusations, led by a former Garcetti aide, that LA’s top elected leader knew about allegations of sexual assault and harassment made against his former senior adviser, Rick Jacobs.

As Breitbart News reported, Sens. Chuck Grassley and Joni Ernst, both Republicans from Iowa, raised questions about what Garcetti knew about the sexual misconduct in his office, and placed a hold on his nomination until an investigation was done. 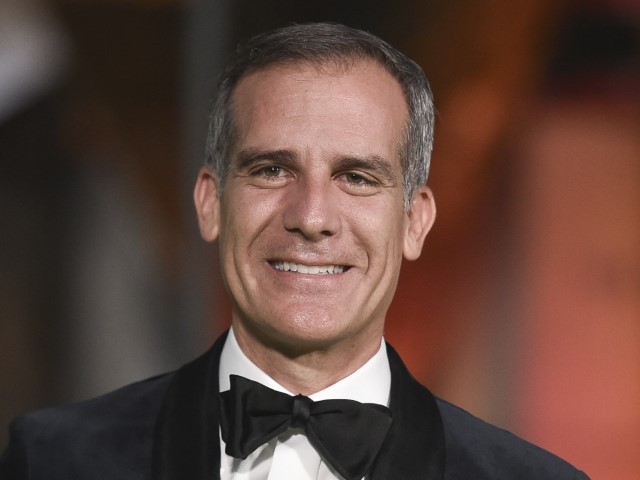 Garcetti refused to participate in the investigation, which concluded it was “more likely than not” that he knew about what Jacobs was doing but failed to act. The White House has stood by Garcetti, but the Senate lacks the votes to confirm him.

That leaves the U.S. without an ambassador to India, which is a key strategic partner, and which has maintained relations with Russia even though most of the rest of the democratic world has isolated Russia over its ongoing invasion of Ukraine.

Garcetti, a Rhodes Scholar and retired Navy officer, has been mocked as a child of privilege by those on the left, including Black Lives Matter activists, who campaigned for him to be denied a Cabinet post after Joe Biden won the 2020 election.