The Colorado government wants to use the ACA waiver mechanism to remove, perhaps ironically, the ACA prohibition on providing coverage to illegal aliens.

They also noted the Trump administration used these waivers to improve Americans’ health care, not offer coverage to illegal aliens.

The lawmakers wrote to Becerra:

We strenuously object to this waiver and request that HHS deny Colorado’s Waiver Amendment Request. While the Trump Administration used Section 1332 waivers to great effect while he was president, removing regressive ACA-imposed restrictions on state innovation and lowering health care premiums for millions of Americans, the government of Colorado is manipulating this process to violate Federal law and relegate Coloradans to second tier status with respect to health care accessibility.

This waiver request would allow the state to implement the state’s new government-controlled health insurance system, otherwise known as a state government option, or the “Colorado Option.”

Colorado’s Health Care Future noted that an independent actuarial consulting firm found that the Colorado Option could result in fewer affordable health coverage choices, and plans that are “not actuarially sound.”

“The Federal health insurance exchange website is clear on this issue, it reads: ‘Undocumented immigrants aren’t eligible to buy Marketplace health coverage, or for premium tax credits and other savings on Marketplace plans,'” the lawmakers wrote. 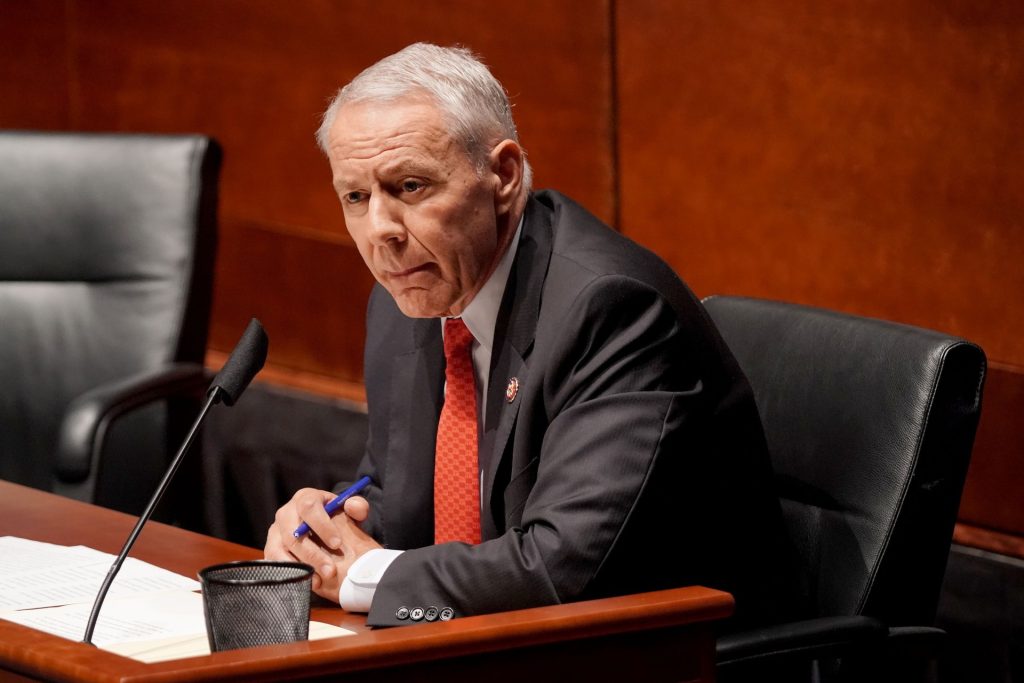 As a congressman, then-Rep. Becerra (D-CA) tried to push then-President Barack Obama to include benefits for illegal aliens, which Obama then decided not to include in the ACA. 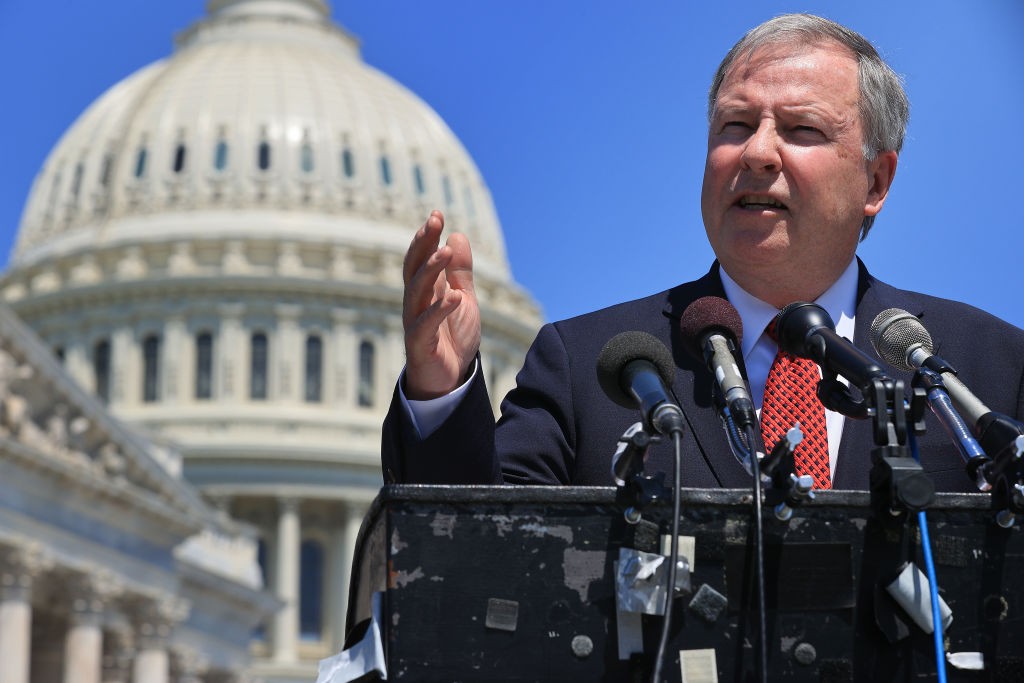 As Obama made a late-stage push for the passage of Obamacare in 2009 during his State of the Union address, he claimed that illegal immigrants would not be eligible for coverage.

This led Rep. Joe Wilson (R-SC) to scream “you lie!” during the State of the Union.

In mid-February of 2021, HHS nominee Becerra said the law does not allow for illegal aliens to receive taxpayer benefits, including healthcare coverage. 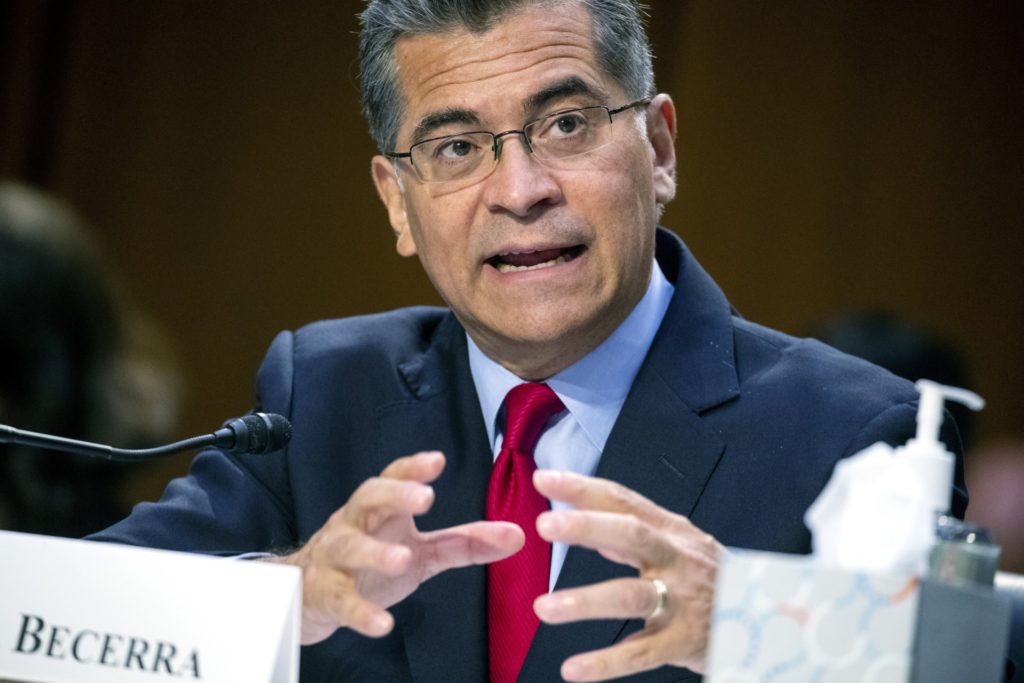 Secretary of Health and Human Services Xavier Becerra testifies at a hearing, Thursday, Sept. 30, 2021, on Capitol Hill in Washington. (Shawn Thew/Pool via AP)

“Where the law as it stands now as I see it, it does not allow those who are unauthorized in this country to receive taxpayer-paid benefits except in very rare circumstances,” Becerra said.

He added, “And it will be my job to make sure that we are following and enforcing the law.”

In comparison to the Biden administration, which could provide health care to illegal aliens, President Donald Trump offered waivers that led to the first recorded drop in Obamacare premiums.

A Heritage Foundation study in August 2019 found that the Trump administration’s use of waivers for states to obtain regulatory relief from Obamacare mandates and regulations reduced Obamacare premiums.

Before Trump took office, Obamacare individual market premiums more than doubled, from $2,784 in 2013 to $5,712 in 2017, which represents an increase of 105 percent. In October 2018, the Centers for Medicare and Medicaid Services (CMS) announced that premiums had dropped by 1.5 percent, the first drop in Obamacare’s history. In 2019, Obamacare benchmark plans fell by 0.83 percent.

Heritage Foundation senior fellow Doug Badger found that the large drive of health insurance was driven by the Trump administration’s approval of 1332 waivers, allowing states to offer Americans greater relief from the high premiums of Obamacare.

The lawmakers also contended that the proposal would only exacerbate illegal immigration. They explained:

Colorado’s Waiver Amendment Request encourages illegal immigration, incentivizing millions to violate the law and pour across our borders. It is also fiscally irresponsible and financially untenable. In a country of approximately 330 million people, it is indefensible for the federal government to subsidize lawbreakers against their will.

“HHS has a statutory obligation to prevent taxpayer resources from being used to finance health care for illegal aliens, and federal officials must be vigilant in confronting any such attempt to do so,” the lawmakers concluded in their letter.