Gov. Brian Kemp (R) is leading Democrat Stacey Abrams by five points in this year’s gubernatorial race in Georgia, according to a new poll.

The poll, conducted by the ECU Center for Survey Research from June 6 to 9, found Kemp with 50 percent support and Abrams with 45 percent support, while two percent of respondents said they were undecided on a candidate.

Kemp is facing a rematch in November against Abrams, a voting rights activist and former state lawmaker whom he narrowly defeated in 2018. Abrams is back on the campaign trail with stronger financial support and a higher profile than in 2018, but Kemp indicated to Breitbart News in an interview in May he was undeterred by her candidacy. 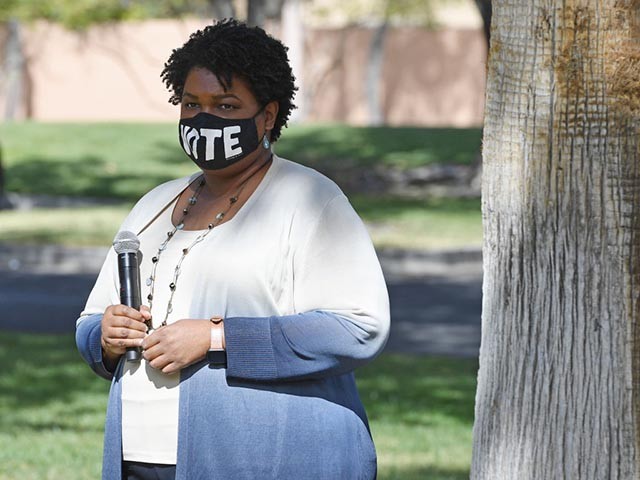 Stacey Abrams waits to speak at a Democrat canvass kickoff as she campaigns for Joe Biden and Kamala Harris on October 24, 2020, in Las Vegas, Nevada. (Ethan Miller/Getty Images)

“The whole cycle is completely different than ’18,” Kemp said. “It’s not an open seat anymore. I am the current governor. I’ve got a great record to run on.”

The governor added, “This environment nationally and in Georgia for Democrats right now, they’re the party of Joe Biden, 40-year-high inflation, disaster at the border, more rules and regulations, more taxes, you know, just a broken Washington that hasn’t gotten hardly anything done.”

In line with national trends, the poll found Biden’s approval rating in Georgia was underwater at 38 percent. Biden defeated former President Donald Trump in 2020 in the Peach State by a razor-thin margin of less than half a percent, but the poll also found that if the 2024 presidential election were held today between the two, Trump would best Biden by seven percent.

The poll, which provided the first glimpse since the May primaries of where the biggest name candidates in Georgia stand, also tested the U.S. Senate race and found former star athlete Republican Herschel Walker and Sen. Raphael Warnock (D-GA) tied up at 46 percent each, while six percent of respondents said they were undecided. 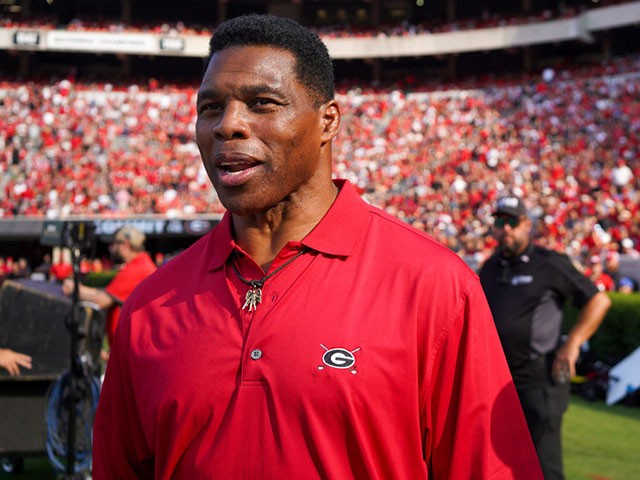 Former running back Herschel Walker for the Georgia Bulldogs on the sidelines against the UAB Blazers at Sanford Stadium on September 11, 2021, in Athens, Georgia. (Brett Davis/Getty Images)

The Senate race is expected to be one of the top midterm battles, serving as one of just a handful of opportunities Republicans will have to gain a seat in their pursuit of the Senate majority.

Warnock, a longtime pastor who is finishing out the late Sen. Johnny Isakson’s term in office, has already dubbed himself the “most vulnerable” Senate incumbent out of those up for reelection this year and is proving to be a fundraising powerhouse as he seeks to retain his seat.

The ECU poll was conducted among 868 registered voters and had a margin of error of plus or minus 3.9 percent.