Apple TV+’s WeCrashed’s star Anne Hathaway has expressed her rage over the Supreme Court’s forthcoming decision on Roe v. Wade. In a recent interview, the Oscar-winning actress lashed out at pro-life supporters while bizarrely conflating the abortion debate with the national baby formula shortage.

Anne Hathaway was responding to a question about what gets her riled up that was posed by her The Princess Diaries co-star Julie Andrews for Interview magazine.

“Currently, what makes me really angry is that I can look at a newspaper and on the front page, see that there are plans in place to overturn Roe v. Wade next to an article about how there’s a baby formula shortage, which has reduced the availability of baby formula by 43 percent,” the Devil Wears Prada star said.

Hathaway made no mention of the Biden administration’s failure to prepare for the baby formula shortage. 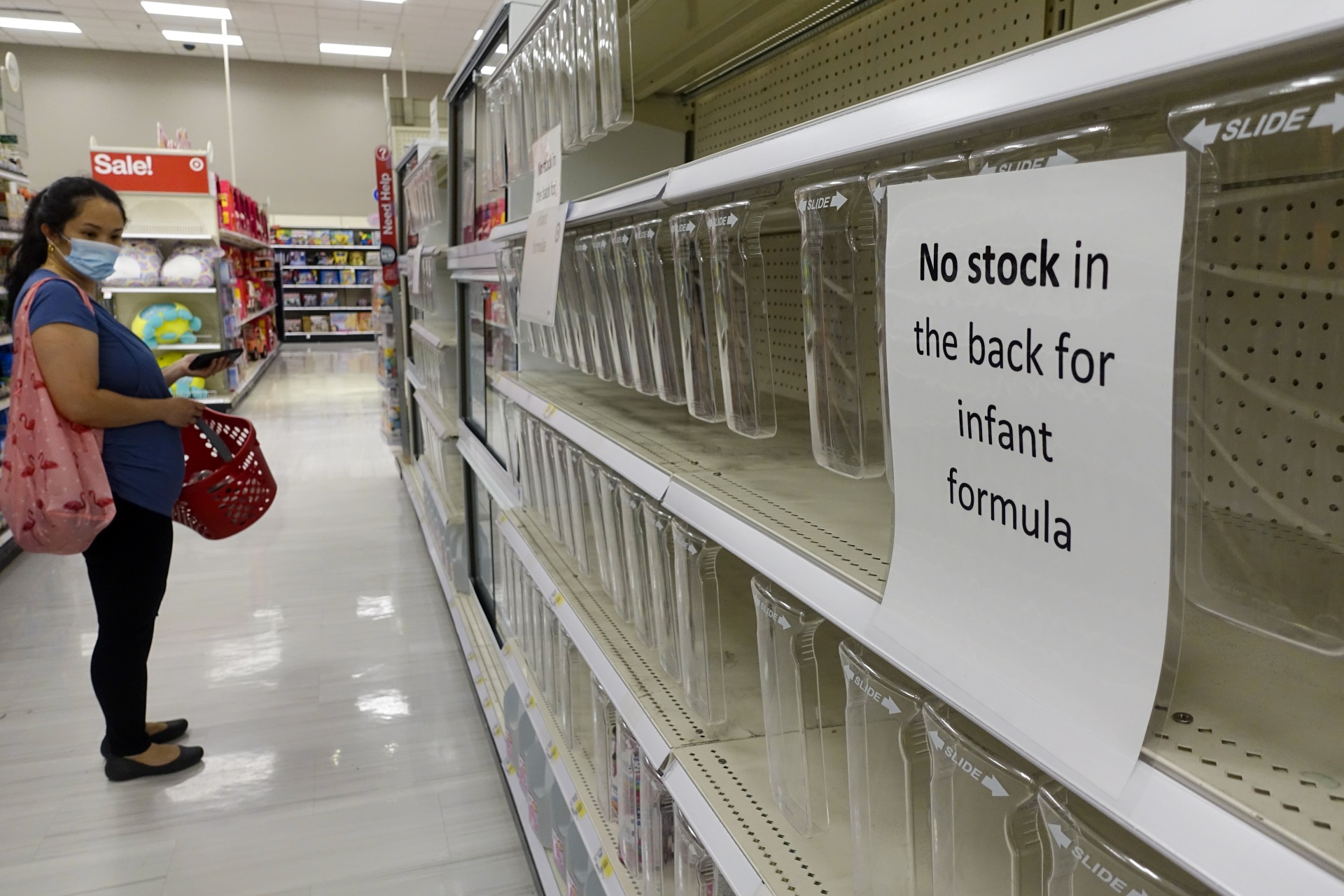 A sign on an empty shelf informs customers that there is no stock in the back for infant formula at a supermarket on May 23, 2022 in New York City. (Liao Pan/China News Service via Getty Images)

President Joe Biden has publicly claimed only “mind readers” could have predicted the shortage even though the Food and Drug Administration has known about the threat since February.

The actress continued to attack pro-lifers in the Interview conversation.

“What makes me angry is the people that are cheering for the overturning of Roe v. Wade will not have a conversation about that point in the future when those two stories intersect,” she said.

“And the people who have been working so hard to overturn Roe v. Wade, have done so without making any effort at creating a more fair, just, and equitable society, and affordable, by the way, in which to have children.”