President Joe Biden on Thursday shunned U.S. gas and oil leaders when they met with Energy Secretary Jennifer Granholm, instead issuing an announcement of a partnership between the federal government and states to push for offshore wind infrastructure.

Biden has been slamming the oil and gas industry, blaming them for underproducing and profiteering even as the president, since Day One in office, has done everything possible to hamper domestic production of fossil fuels.

“I didn’t know they’d get their feelings hurt that quickly,” Biden said Tuesday, calling Chevron CEO Mike Wirth and other CEOs “mildly sensitive” for their response to his criticism.

Biden said Sunday he would not meet with the oil industry executives, asserting he has administration officials to take the lead, as Breitbart News reported. 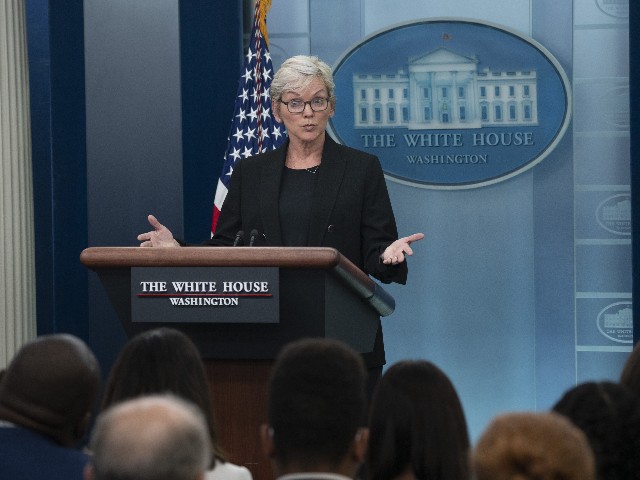 The White House announcement on the wind initiative says, in part:

Today, the White House is joining with eleven governors from up and down the East Coast to launch a new Federal-State Offshore Wind Implementation Partnership that will accelerate the growing offshore wind industry. The partnership will support efforts to provide Americans with cleaner and cheaper energy, create good-paying jobs, and make historic investments in new American energy supply chains, manufacturing, shipbuilding, and servicing.

As a first step of this Partnership, the White House and governors are announcing commitments to collaborate on expanding key elements of the offshore wind supply chain, from manufacturing facilities to port capabilities to workforce development. The Administration is also announcing steps to advance a National Offshore Wind Supply Chain Roadmap and designating offshore wind vessels as Vessels of National Interest to facilitate more offshore wind construction.

Biden’s plan pledges to offer support to alternative energy, including wind, while working to cut off resources for the fossil fuel industry:

To ensure the development of a robust U.S. offshore wind industry and domestic supply chain, the federal and state governments jointly commit to:

Although the federal Energy Information Administration (EIA) touts the growth of alternative energy, including wind power, it also reports its role in the U.S. energy landscape:

The natural variation of wind speeds contributes to very different amounts of wind generation, depending on the time of day or season. Wind first ranked as the second-largest source of U.S. electricity generation for an hour in late March 2021.