Far-left Rep. Alexandria Ocasio-Cortez (D-NY) continued to speak about the Supreme Court overturning Roe v. Wade — a ruling which hands decisions on abortion back to the states —  asserting that “much” of the “forced birth movement” is not totally about life itself but about “intimidation, power, and control.”

In an Instagram story slide titled “The Forced Birth Movement & Violence,” Ocasio-Cortez asserted that the “organized forced birth movement in the US has a decades-long history of political violence,” providing a link to NARAL Pro-Choice America, which detailed actions taken by what it has dubbed “anti-choice extremists” and “anti-choice zealots” who “murdered 11 people … between 1993 and. 2016.” The post continues, asserting that pro-choice organizations have been the targets of murder, bombings, arson, kidnapping, assault, stalking, and vandalism.

Notably, Ocasio-Cortez, referencing the post, made no mention of the threats lodged against conservative justices, including Brett Kavanaugh’s recent death threat.

“Once again, much of this organized militant ‘movement’ is not about life. It is about intimidation, power, and control,” she continued before clarifying that it does not mean that all pro-life individuals are part of that movement.

“But if even the slightest risk of association makes you uncomfortable, imagine how our Muslim brothers and sisters feel about the spikes in Islamophobia whenever people conflate anyone who practices a given religion with terrorists,” she continued.

In another slide the New York lawmaker said she understood that some pro-life individuals are sincere but ultimately concluded that they do not have the right to impose their religious beliefs on others.

“‘Pro-life’ individuals can reject abortion and uphold the practices of their faith,” she said. “It does not grant them the right to violate others’ bodily autonomy,” she continued, ignoring the pro-life argument made for the baby’s bodily autonomy. She also shared a slide featuring a screenshot of an article titled, “White supremacy, racial patriarchy: two sides of the same coin.”

“If you’d like to read more about how Christian Fundamentalism is exploited politically to amplify right-wing misogynistic and racist movements, this is a thorough piece to start,” she wrote. 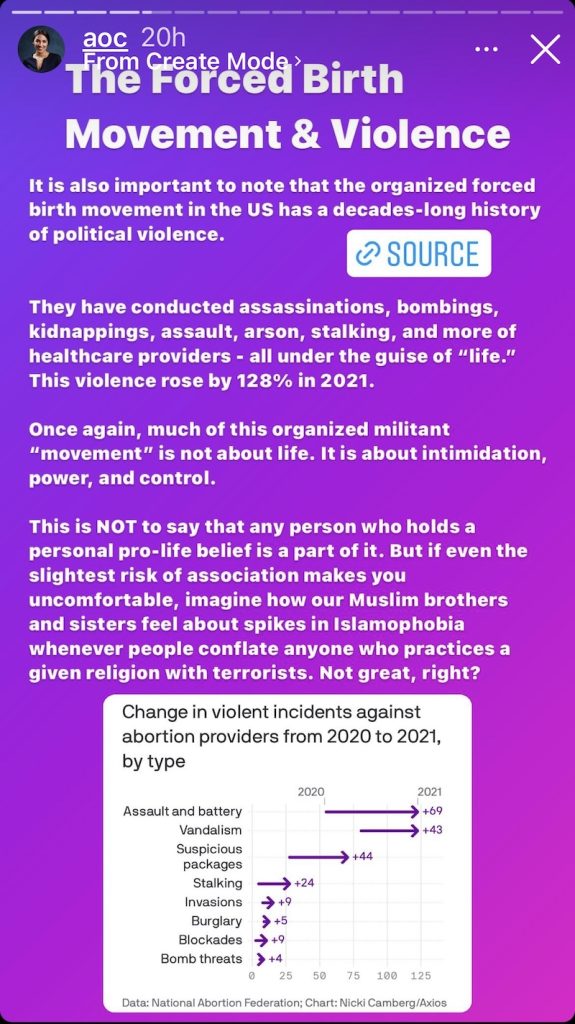 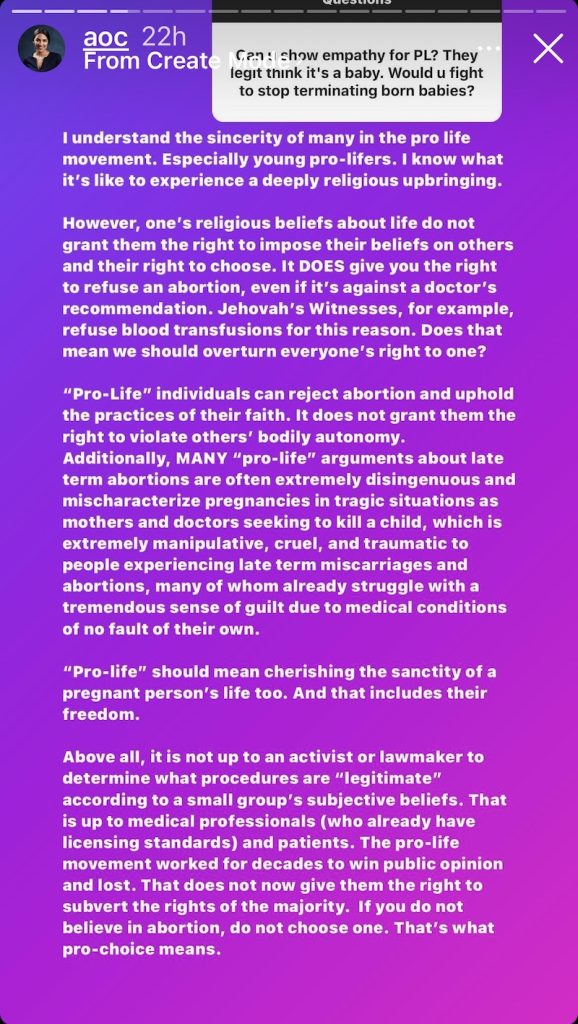 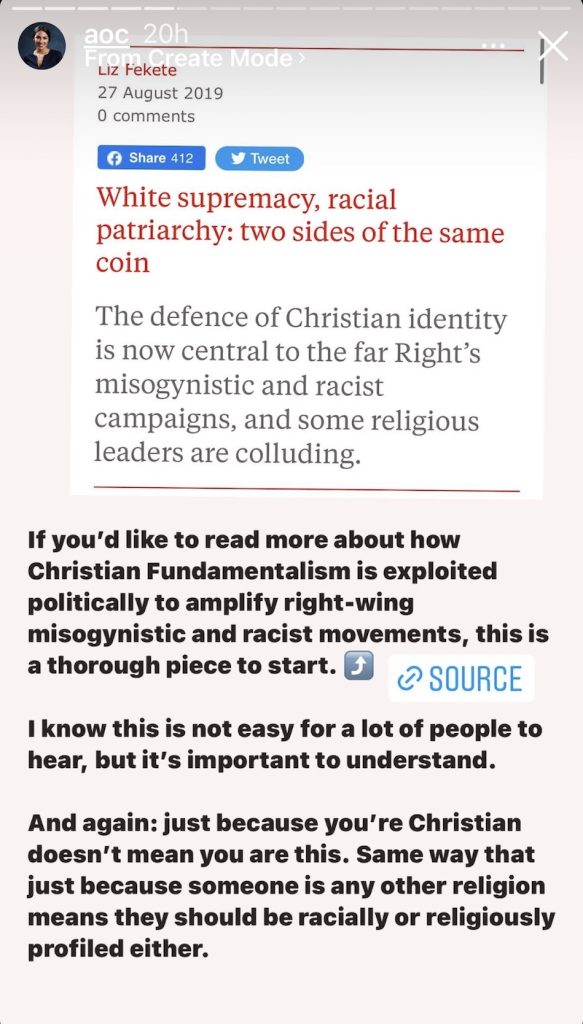 Her spiel comes days after calling on pro-abortion activists to go “into the streets” in protest:

BREAKING: Congresswoman @AOC has arrived in front of the Supreme Court and is chanting that the Supreme Court’s decision to overturn Roe v Wade is “illegitimate” and calls for people to get “into the streets” | @TPUSA pic.twitter.com/jNkCYDrLtz

“I think what the Supreme Court just did is that they chose to endanger the lives of all women and all birthing people in this country,” Ocasio-Cortez told CNN on Friday. “But not only that, they’ve chosen to strip rights from men, too. Because, frankly, the right to our own bodies and the right to form our families, this is something that belongs to all of us.”

She also took to Twitter over the weekend, accusing conservative justices of lying to Congress and calling for court expansion.