CNN, a far-left propaganda outlet that spreads conspiracy theories and political violence, is laying the ground to claim that any declaration of a recession is… racist.

Those of you waiting for CNN to change under new management? Suckas!

So as I’ve been telling you for the better part of a year now, America is headed into recession. Am I a genius? No. It’s just that I lack the sophistication necessary to look at record gas prices and record inflation and see any possible way around a recession. Trust me; you have to be awfully sophisticated to pull off that trick.

So His Fraudulency Joe Biden is already in deep dookie, and in about four months, the Democrat party as a whole will be in real trouble when the midterm results start pouring in. Moreover, CNN knows that our economy has already shrunk this last quarter by a whopping -1.6 percent and that if we shrink again during this second quarter, we are officially in a recession.

That’s how it works. Two consecutive quarters of shrinkage, and we’re in a recession.

So the big brains at CNN sat around and thought to themselves, How can we save the Democrat party? Hmmm?

What can we do here?

Well, we can’t convince people to halt the recession by urging them to go out and spend more.

No one listens to us anymore.

No one watches us, either.

Hey, I know! How about that old standby: raaaaacccccciiiiiissssmmmm.

And so the desperate stupes at CNNLOL came up with this beauty of a headline….

Who decides if the US is in a recession? Eight White economists you’ve never heard of

And the 1400 or so words that follow are all about undermining any upcoming declaration of a recession as illegitimate because white people….

There is a clear lack of racial diversity amongst the eight members, and NBER has never had a member who has been a racial minority, according to Gary Hoover, co-chair of the American Economic Association Committee on the Status of Minority Groups in the Economics Profession.

In recent years there has been a push by policymakers and the Biden administration to include more diverse thinking in economic analysis.

Janet Yellen, America’s first woman Treasury secretary and its first woman Fed chair, has argued that the lack of women and minority economists at the Federal Reserve and the federal government is a top priority. That lack of diversity, she said, skews viewpoints and limits the issues of discussion.

This is how desperate the corporate media now are….

Thanks only to left-wing policies (profligate federal spending, green nonsense exploding energy prices, etc.), things are so objectively bad in America — and the corrupt media’s credibility and moral authority are so eroded — that all CNN can come up with is naked nihilism to push back on the coming declaration that the United States is officially in a recession—which will be an objective fact. 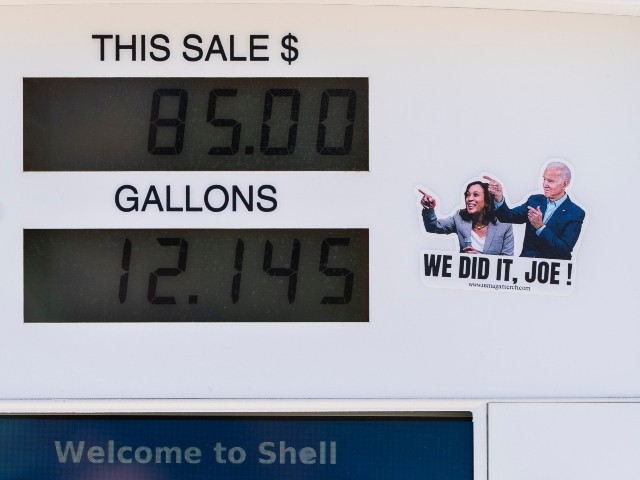 All they can do is respond with the nihilism of hurling accusations of racism at objective facts.

They got nothing else.

You can see the cable news segments now…

These are white people telling us we’re in a recession. If there was a Cherokee lesbian with a harelip in that group, we might discover the economy is booming.

We’re in a recession.

But the economy shrunk two quarters in a row.

And how condescending and insulting to suggest that a racial minority would say anything different, would ignore an objective fact.