Republicans in Florida made history yet again this summer, as Republicans continue to outpace Democrats in gaining new voters in the Sunshine State. Historically, Democrats have held the clear advantage, but the tide began to noticeably turn over the last two years, as Americans sought shelter from ongoing coronavirus restrictions and vaccine mandates, thrusting the Sunshine State into the spotlight.

Unlike blue states, DeSantis refused to implement a mask mandate and reopened schools and businesses early on, emphasizing the need for Americans to make their own decisions. That approach continued as President Biden and Democrats attempted to force vaccines on the American people. All the while, DeSantis and Florida Republicans adamantly opposed such mandates and fought against them. And at the end of 2021, Republicans officially overtook Democrats in terms of voter registration in Florida. 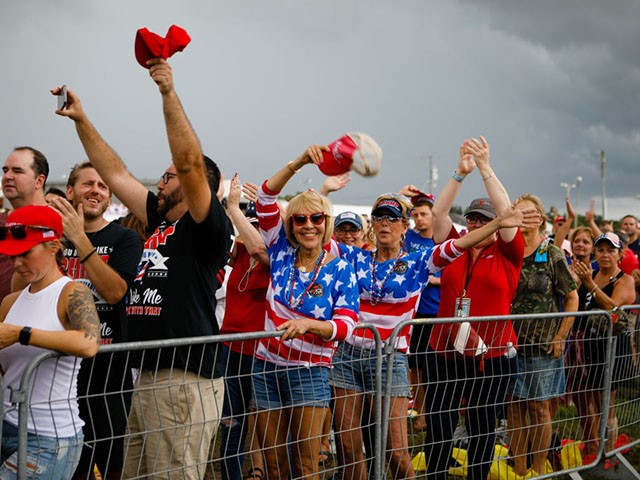 “When I got elected governor, we had 280,000 more registered Democrats than Republicans in the state of Florida,” DeSantis said during a press conference in Seminole in November 2021. 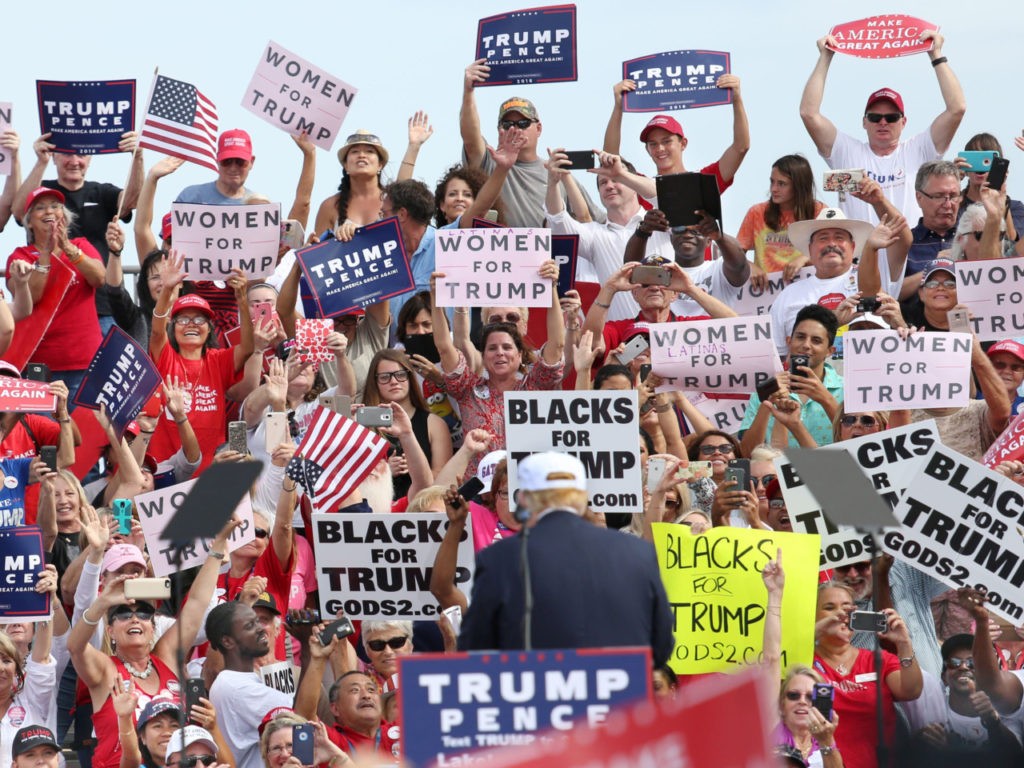 Republican presidential nominee Donald Trump is cheered on by supporters during a campaign stop inside a hangar at Lakeland Linder Regional Airport in Lakeland, Florida on October 12, 2016. (GREGG NEWTON/AFP/Getty Images)

“Today, and it will probably be fully publicized very soon, today for the first time in the history of Florida, we’ve now overtaken Democrats. There are more registered Republicans in Florida than Democrats,” he said. 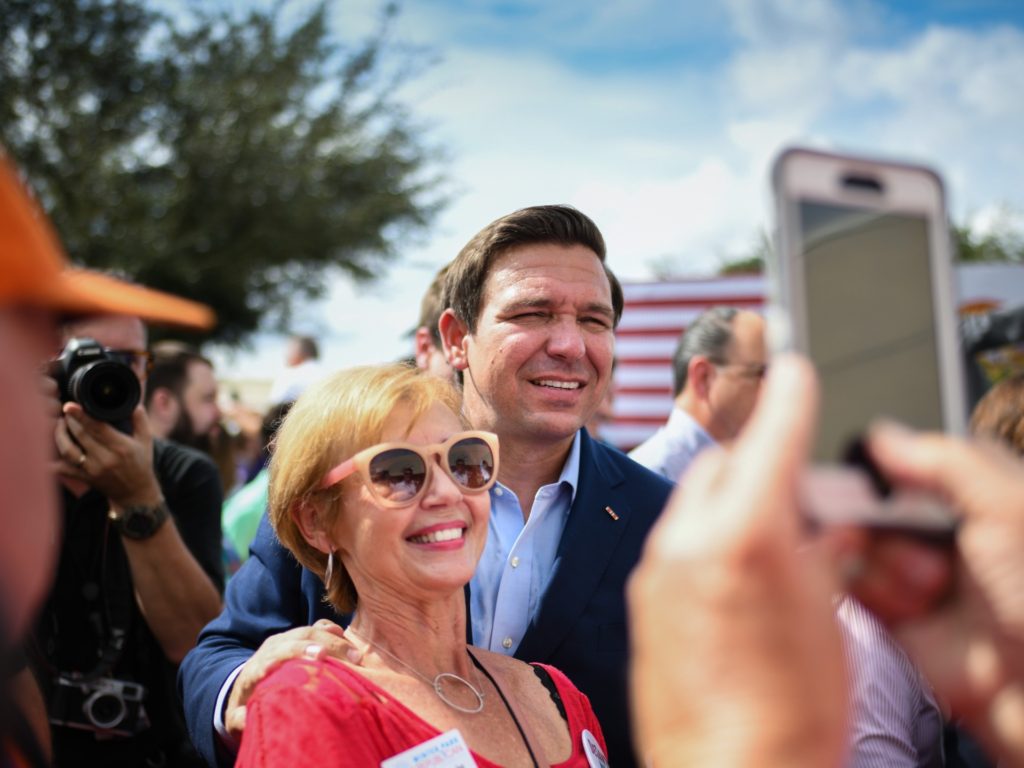 Republican candidate for Governor of Florida Ron DeSantis meets supporters as they attend a rally at Freedom Pharmacy on the final day of campaigning in the midterm elections on November 5, 2018 in Orlando, Florida. (Jeff J Mitchell/Getty Images)

That lead has only continued to grow. In March, Florida Republicans outnumbered Democrats by 100,000. That has now doubled and stands at 200,000.

According to DeSantis’s campaign, Republicans have beaten Democrats in new registrants for 23 months in a row, “as well as amongst voters who have switched parties and become Republican.”

“Democrats are falling in line with Joe Biden’s policies that are making Americans’ lives harder and more expensive, but Governor DeSantis is standing in their way, making Florida the firewall for freedom,” Lindsey Curnutte, a campaign spokesperson, said in a statement

“It’s no surprise Republican voter registrations are growing at this impressive rate. Simply put, we will prove Florida is a red state in November,” she added.

“The more blue an area is, the worse it’s governed. I mean it’s just a disaster what we’ve seen,” DeSantis told Breitbart News during an exclusive interview last year after signing the “anti-riot” bill.  “It’s always been the case kind of in my lifetime, but I think in the last year, it’s been exacerbated between COVID lockdowns and the rioting.”