In the past 90 days, Hageman’s odds of winning the primary have expanded from 77 cents in May to Cheney’s 20 cents.

Polling reflects Hageman’s betting odds. She is leading in the polls by 28 and 30 points just one month before the election.

Hageman’s fundraising numbers are ticking up, however, having raised $1.8 million in second quarter campaign donations in 2022, surpassing her previous fundraising record of $1.3 million in the first quarter. 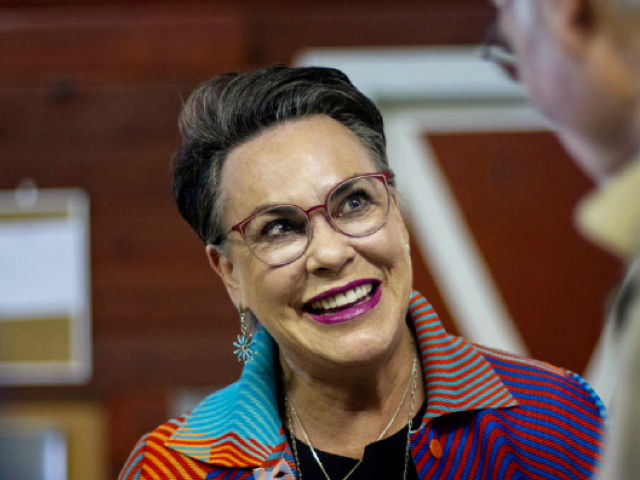 Cheney’s large amount of campaign cash is partly due to Democrat contributions. One of the Democrats’ most prominent donors, film producer Jeffrey Katzenberg, who has funded former President Barack Obama’s and Hillary Clinton’s former presidential campaigns, has donated at least $43,000 to Cheney.

“I strongly support Congresswoman Cheney’s bid for re-election,” Klarman told Times. “I’m resolved to do everything possible to send a strong message by keeping her in Congress. We need to stand behind Liz and send a rebuke to the most extreme factions in the Republican Party.”

In the last few months, Cheney has been spending most of her time in Washington, DC, helping Rep. Nancy Pelosi’s (D-CA) January 6 committee, while Hageman has been crisscrossing Wyoming meeting voters, who have taken notice of Cheney’s absence.

“She doesn’t live here, for starters. She doesn’t really represent us,” voter Sally O’Brien told Yahoo News of Cheney. “She says she’s a constitutionalist, but she doesn’t believe in justice for all, only for the Jan. 6 people.”

Former Cheney donor, Nancy Donovan, who has given more than $35,000 to Cheney’s past campaigns, is now questioning Cheney’s mental state.

“I sit there watching the January 6 hearings and I think: ‘Have you lost your mind?’” she told the Financial Times. “This man [Trump] has every major institution going after him, from the media to the swamp in Washington, DC, and now to have one of his own party do the same thing?”

Hageman has also criticized Cheney for not spending time in the state campaigning.