“Our experts believe, and the data shows, that most of the price increases we’ve seen were expected and expected to be temporary,” Biden said during remarks at the White House about inflation on July 19, 2021.

President Biden on inflation concerns: "Our experts believe, and the data shows, that most of the price increases we've seen were expected and expected to be temporary." pic.twitter.com/yzihZXZODu

The president spoke to the nation about the economy and tried to downplay worries of inflation.

“Some folks have raised worries that this could be a sign of persistent inflation. But that’s not our view,” he said confidently.

He cited White House “experts” who believed that inflation was only a short-term problem.

“Our experts believe and the data shows that most of the price increases we’ve seen are — were expected and expected to be temporary,” he said. 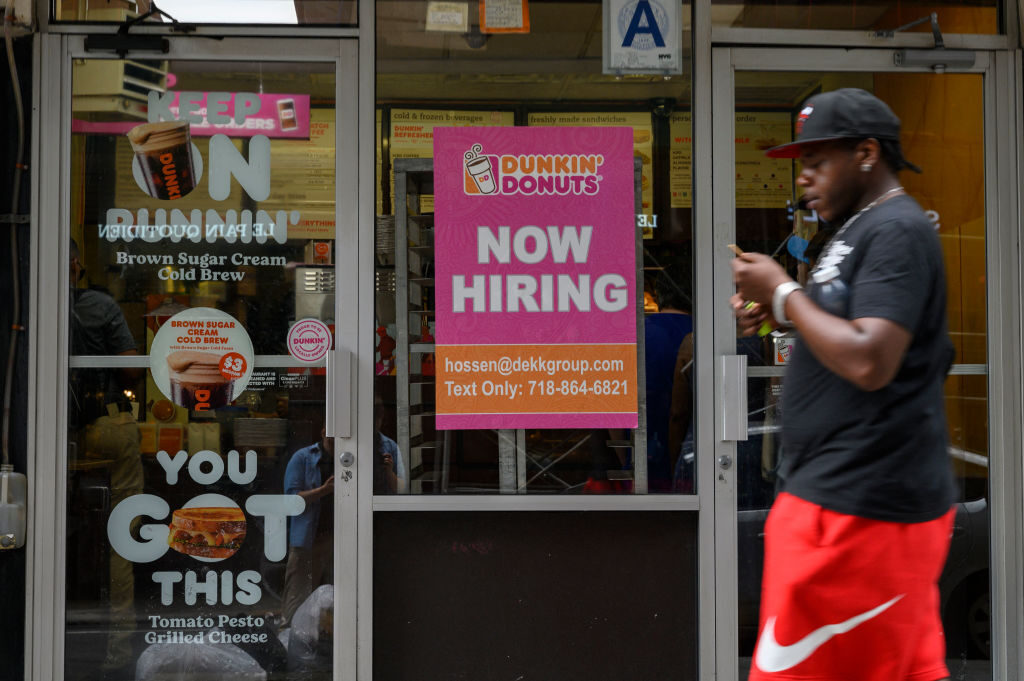 A man walks past a “Now Hiring” sign in New York City on July 8, 2022. The US economy added far more jobs than expected in June and wages rose, adding fuel to worries about accelerating inflation as Americans face the worst inflation surge in more than 40 years. (ANGELA WEISS/AFP via Getty Images)

Biden acknowledged during his speech that if inflation actually continued, it would be a problem.

“Now, I want to be clear: My administration understands that if we were to ever experience unchecked inflation over the long term that would pose real challenges to our economy,” he said.

When reporters asked Biden if he was worried about unchecked inflation, he grew defiant.

By now it is clear that inflation was not temporary or even transitory, as many economic experts in the White House believed.

Bidenflation Much Worse Than Expected! https://t.co/LvNmejVIDV

The Consumer Price Index spiked to 9.1 percent in June, the highest rate since 1981, and has been at or above 5 percent for 14 straight months. Even month to month, from May to June, the CPI was up 1.3 percent.

The prices of most consumer goods are up, particularly food. Grocery prices are up 12.2 percent from a year ago.

One year ago, Biden’s solution to higher prices was his multi-trillion Build Back Better spending plan before it was cratered by Senate Democrats concerned about inflation.

Today, Biden has fewer solutions as he has tried to move forward on narrow spending proposals that would offer government subsidies for Americans worried about inflation.