Smith told the committee that NAAGA is a “pro-2A, pro-constitutional carry, and a pro-black firearms organization with no apologies.”

He made clear he sees himself as someone who speaks for black Americans who own guns, as well as those who were never allowed to do so.

Smith recalled “black codes” that were used throughout the post-Civil War South to prevent black Americans from owning guns and being able to defend themselves. He said, “The goal of these laws was to keep the black community under control and defenseless.” 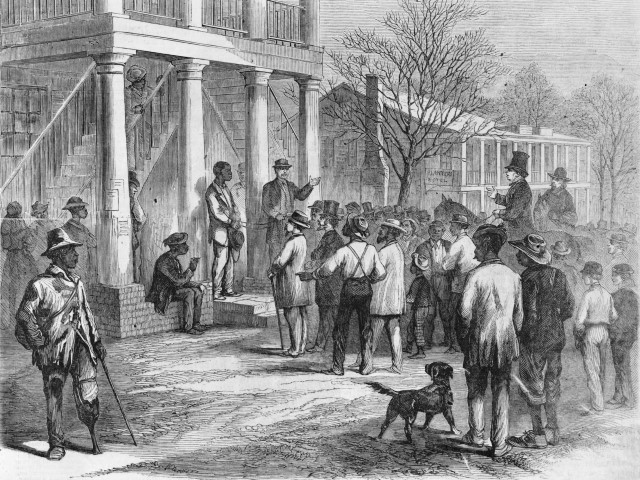 Selling A Freeman To Pay His Fine: Copy of an illustration showing a free black man being sold to pay his fine, in Monticello, Florida, 1867. The sketch illustrates events which happened under the Black Codes, a series of laws passed by Southern states. (Interim Archives/Getty Images)

He said, “Today, in 2022, restricting American citizens from purchasing firearms has the same effect as the black codes of 1865. The end result is people, especially black folks, are unable to secure a gun, which leaves them vulnerable. To me, that is unacceptable and un-American.”

Smith also highlighted surging gun ownership among black women, saying, “Black women are coming, and they are coming in large numbers. Currently they are the fastest group of new gun owners in the United States and I’m proud to say they are the backbone of the National African American Gun Association.”

Never before have so many black Americans had guns. It is estimated that at least 14 million currently have firearms in their homes.