Sen. Raphael Warnock (D-GA) holds a narrow three-point lead over former football star Herschel Walker in the race for U.S. Senate in Georgia, according to a poll released Wednesday.

The poll, conducted by the University of Georgia Survey Research Center and published by the Atlanta Journal-Constitution, found Warnock at 46 percent and Walker at 43 percent, while eight percent of respondents were undecided.

The poll has a plus or minus 3.3 percent margin of error, which means Warnock and Walker are statistically tied in the battleground race.

The poll aligns with several other recent polls, including an AARP poll and Data for Progress poll — both taken this month — that show the candidates neck-and-neck in an election that could determine which party controls the U.S. Senate next year.

Walker blasted Warnock for spending millions “attacking” him “instead of talking about the issues important to voters” in a statement after the poll was published.

“Georgians know that a vote for Warnock is a vote for record-high inflation, crime in our communities, $5 gas, and empty shelves – all of which have hit Georgia families hard,” Walker stated. “But no matter how much he raises, Sen. Warnock can never hide from his 96% voting record with Joe Biden.” 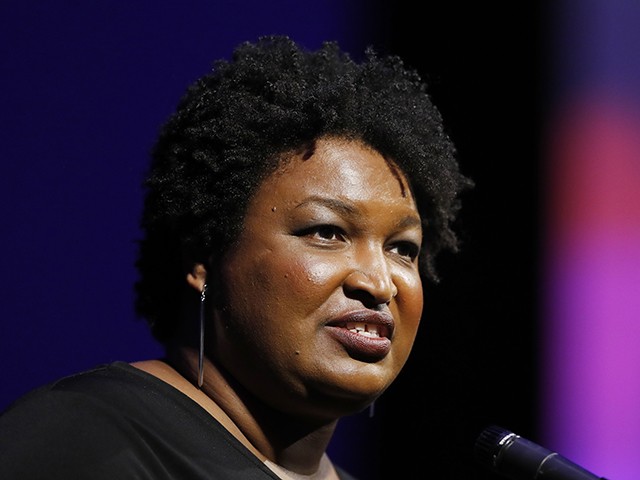 Poll results for the two closely watched races have led some, including the AJC, to speculate a “split-ticket dynamic may be emerging” in which a small sect of voters choose both Kemp and Warnock as their preferred candidates. However, unlike Kemp, Warnock is up against headwinds from Washington, where President Joe Biden’s approval rating has hovered at rock bottom for many months.

Warnock has recently faced pressure both about his voting record, which aligns with Biden’s agenda 96 percent of the time, and about whether he will welcome support from the unpopular president on the campaign trail.

The poll found Biden had a 36 percent approval rating and 60 percent disapproval rating, which is in line with the low approval numbers Biden is seeing nationally. A whopping 78 percent of poll respondents said the country is heading in the wrong direction, while ten percent said it is on the right track.

The poll was conducted among 902 likely general election voters by live telephone interviews.