Mowers’ ad, “We Pay,” while hammering the two Democrats, mainly focuses on the skyrocketing inflation. It lays out his plan to reform Washington and get Congress working for Granite Staters again.

The campaign is a 30-second spot that will air on cable and broadcast starting Wednesday morning and is backed by $300,000 to play through the crowded primary election. The Mowers campaign touted that he is the first and only candidate to go on air in New Hampshire’s First Congressional District.

In the ad, Mowers says:

And doing nothing about the price of gas.

They spend, and we pay.

In Congress, I’ll stand up to Biden and the Left to cut spending so things cost less.

We’ll fight for term limits, ban stock trading by members of Congress, and make ‘em work for us.

We deserve better than Joe Biden and Chris Pappas in Washington, and we can’t afford them. 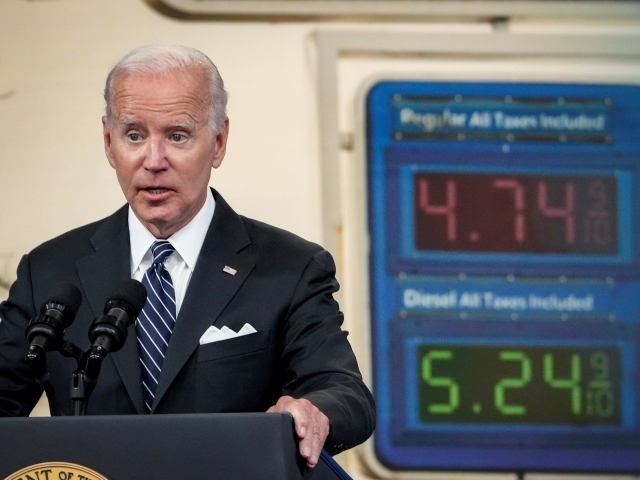 Mowers previously worked in the State Department under President Donald Trump before running as a Republican against Rep. Chris Pappas in 2020. One of the issues he worked on was interdicting drug traffickers around the world.

“They spend and we pay,” Mowers added. “It’s time to get Congress to work for us again. I’ll put Granite State families first, cut spending, ban corrupt insider stock trading by members of Congress, and pass term limits once and for all.”

He called the idea of illegal aliens obtaining driver’s licenses insane because they will be able to get out “with very little verifiable identification information” since the “folks in the motor vehicles [department] are not equipped to judge if they’re real documents or not” when they present “documents from their home country where they are citizens.”

The bill in Massachusetts received pushback from Republicans, who noted that providing driver’s licenses to illegal aliens could result in many being mistakenly registered to vote in the state.

Additionally, the open borders lobby, with the help of elected Democrats, has made securing driver’s licenses for illegal aliens a key fixture of their agenda, to extend privileges meant for American citizens and legal immigrants to those who are neither.