A construction company that employed a number of illegal aliens is coming under fire after one of those illegal hires allegedly killed Pinellas County, Florida, Sheriff’s Deputy Michael Hartwick and another allegedly helped cover up the incident.

As Breitbart News reported, 32-year-old illegal alien Juan Ariel Molina-Salles from Honduras has been arrested and charged with killing Sheriff’s Deputy Michael Hartwick in a hit-and-run crash as the deputy was working detail on a construction site.

Police allege that Molina-Salles was operating the large frontloader that hit and killed Hartwick. With many illegal aliens working on the construction site, Molina-Salles allegedly took off from the scene and gave his hard hat and vest to illegal alien Elieser Aurelio Gomez-Zelaya, who proceeded to hide the articles of clothing.

Gualtieri said other workers at the scene provided false names. “They were hindering the investigation, not giving us answers to the questions that we needed,” Gualtieri said. 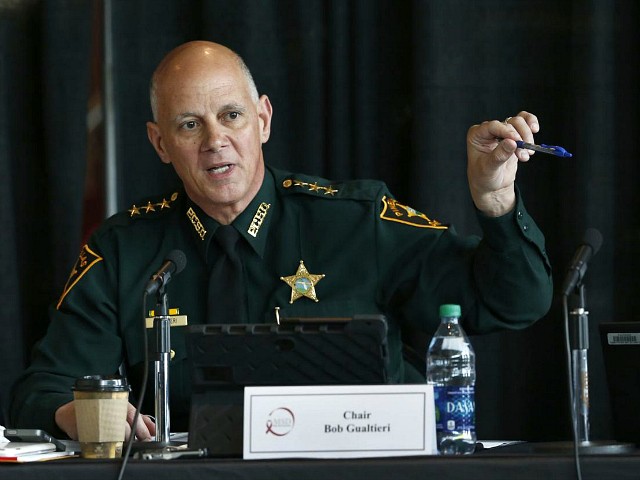 The Georgia-based company Archer Western, a subsidiary of the Walsh Group, hired the illegal aliens as part of its construction project contract with the Florida Department of Transportation (FDOT).

Executives said they are fully cooperating with the Pinellas County Sheriff’s Office in their investigation into Hartwick’s death and FDOT officials confirmed that Archer Western screened the illegal hires through the federal E-Verify system where they cleared — apparently using fake documents to gain employment.

As a result, FDOT officials said they were launching an “internal review” of the construction project’s contract. Construction has been halted for the time being.

“FDOT and its contractors follow strict hiring procedures,” the agency told local media. “While it appears that these hiring procedures were followed, including a federal E-Verify clearance check, and the individuals in question passed this federal clearance, the Department is initiating an internal review on this project contract. FDOT will also continue to support law enforcement efforts as investigations continue.”

“If this individual’s illegal status played into his decision to try to cover up this incident, it underscores just one of the harms that our state faces because of the federal government’s open border policies,” DeSantis said in a statement.

“The State of Florida is not a sanctuary state and illegal immigrants are not authorized to work here,” he continued. “For reasons such as this, we will continue our lawful efforts to interdict and relocate illegal immigrants.”