The USPS has acknowledged the thefts occurred during its custody of the packages, but the USPS Office of the Inspector General (USPS OIG) has failed to adequately respond to the incident, according to Stefanik’s campaign attorneys. 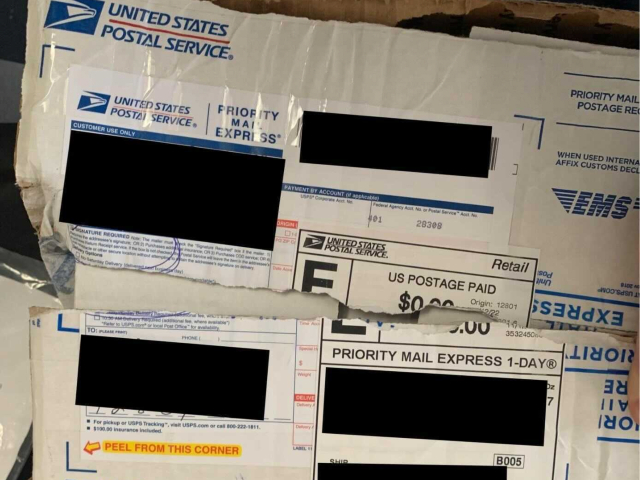 On Thursday, Stefanik’s attorneys sent a letter to Postmaster General Louis DeJoy alerting him to the incident and the failure of USPS OIG response. The attorney’s also requested DeJoy cure the situation by revealing actions the USPS has taken to investigate the thefts.

“It is unacceptable that USPS has repeatedly allowed these targeted thefts to occur and cannot identify who committed the thefts, let alone where or how the thefts occurred,” the letter reads.

“Our clients were told months ago to expect a report from senior USPS OIG officials addressing the June 2022 mail theft incident, but to date have not received a report and recently learned it has not been finalized or sent.”

The letter describes the theft under the custody of the USPS or its contractors:

On four separate occasions between June 2022 and November 2022, packages sent by Elise for Congress containing campaign contributions were ripped open and the contents stolen while in the custody of USPS or its contractors. Three of these incidents occurred in a single week. In each case, the evidence indicates that Elise for Congress’s packages were plundered by a USPS employee or contractor while the packages were in transit. These repeated security failures by USPS have not only resulted in the loss of nearly $20,000 in campaign contributions, but also—and more alarmingly—have exposed hundreds of Congresswoman Stefanik’s campaign supporters to potential identity theft or financial fraud.

It is all-too-common theft of mail during USPS custody often occurs by way of USPS employees or contractors. Criminals or criminal organizations are sometimes involved in the thefts.

According to Evidence-Based Cybersecurity Research Group at Georgia State University, Post Office arrow keys are sold on the dark web for thousands of dollars. Those keys are used to rob mailboxes under the custody of the USPS. Packages with checks are sold for hundreds of dollars. The group stated 114 stolen checks were for sale every week in the fall of 2020. In 2022, that number increased to 2,000 per week.