If the primary were held today, 47 percent of registered Republican voters would support DeSantis, while 42 percent say they would back Trump.

According to YouGov polling, DeSantis has lost 13 points in recent weeks nationwide. YouGov polling from mid-November shows DeSantis was leading by 18 points (51-33 percent).

When voters were asked, “If your state’s 2024 Republican primary for president were held today, who would you vote for?” Trump led DeSantis by five points (35-30 percent). 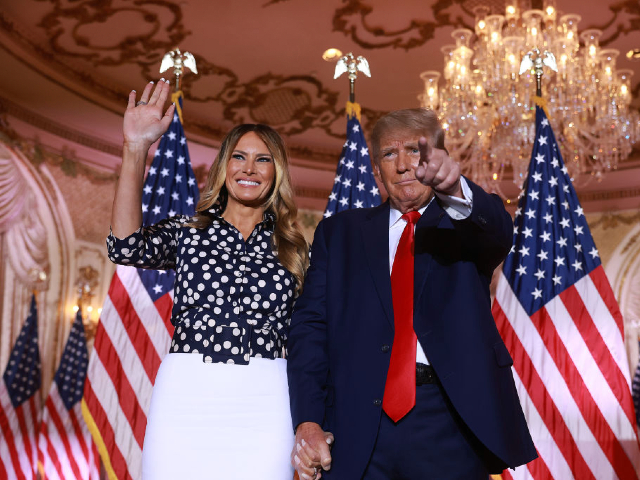 PALM BEACH, FLORIDA – NOVEMBER 15: Former U.S. President Donald Trump and former first lady Melania Trump stand together during an event at his Mar-a-Lago home on November 15, 2022 in Palm Beach, Florida. Trump announced that he was seeking another term in office and officially launched his 2024 presidential campaign. (Photo by Joe Raedle/Getty Images)

“America’s comeback starts right now,” Trump said at Mar-a-Lago. “Your country is being destroyed before your eyes.”