A U.S. soccer journalist who made headlines after being refused entry to the U.S. Men’s National Team’s (USMNT) first game for wearing a pro-LGBT tee shirt has died while covering the World Cup in Qatar.

A former Sports Illustrated journalist who began his own Substack account, Wahl collapsed on Friday at Lusail Iconic Stadium while covering the game between Argentina and the Netherlands. Wahl was rushed to the hospital but attempts to revive him did not succeed.

Grant’s brother Eric, who convinced him to wear the pro-LGBT rainbow shirt to the USMNT’s first game against Wales, believes that the Qataris were involved in his brother’s death.

“My name is Eric Wahl. I live in Seattle, Washington. I am Grant Wahl’s brother. I’m gay,” he said in a video posted to Instagram. “I’m the reason he wore the rainbow shirt to the World Cup. My brother was healthy. He told me he received death threats. I do not believe my brother just died. I believe he was killed. And I just beg for any help.”

While Grant Wahl was initially denied entry to the U.S. men’s team’s first World Cup game against Wales for wearing a rainbow shirt with a soccer ball in the center, he was only detained by authorities for 30 minutes before eventually being let into the game. 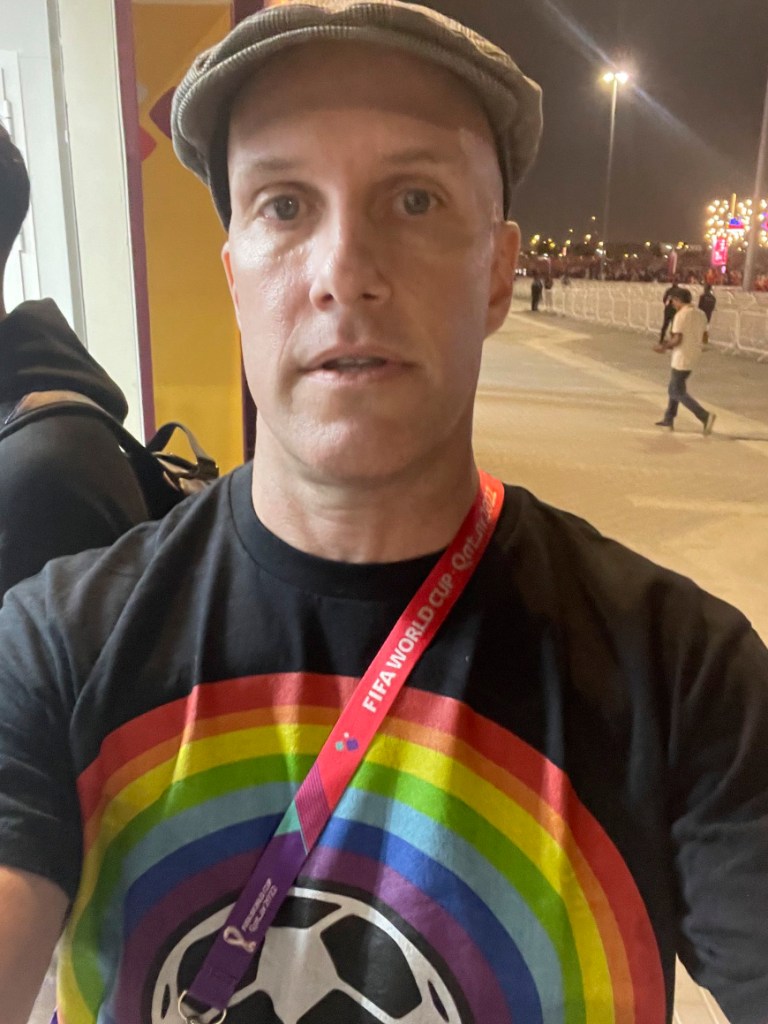 As the New York Post reports, “Wahl has been an outspoken critic of the Qatari government and its hosting of the World Cup. On Thursday, he wrote ‘They just don’t care. Qatari World Cup organizers don’t even hide their apathy over migrant worker deaths, including the most recent one,’ in an article on his Substack.”

Of course, Wahl was not alone in being critical of the World Cup host country. Virtually every independent opinion journalist has voiced some degree of concept over Qatar’s record on LGBT rights, or lack thereof. Or, the Muslim country’s treatment of the thousands of migrant workers who have built so many of the stadiums and accommodations that have been used to host the throngs of international fans.

On Thursday, the day before his death, Wahl revealed that he had been battling bronchitis.

“My body I think told me, even after the U.S. went out, ‘dude, you are not sleeping enough.’ It rebelled on me,” Wahl revealed on his podcast.“So I’ve had a case of bronchitis this week, I’ve been to the medical clinic at the media center twice now, including today. I’m feeling better today I basically canceled everything on this Thursday that I had and napped. And I’m doing slightly better. I think you can probably tell in my voice that I’m not 100 percent.”

“I am so thankful for the support of my husband @GrantWahl’s soccer family & of so many friends who’ve reached out tonight,” she wrote. “I’m in complete shock.”

I am so thankful for the support of my husband @GrantWahl's soccer family & of so many friends who've reached out tonight.

U.S. Soccer Statement On The Passing Of Grant Wahl: pic.twitter.com/CBp1mCK1mQ

Eric Wahl said in his Instagram post that he had spoken with the state department and that his brother’s wife, Céline, had spoken to Ron Klain at the White House regarding his brother’s death.