Following Mansour’s description of Jackson as “America’s first populist president,” Kilmeade connected the 7th and 45th presidents through their similar use of national fame as a tool towards pursuing the presidency.

“Steve Bannon was one of the first to point out, Donald Trump is like Andrew Jackson in many ways,” said Kilmeade. “That similarity where Donald Trump made his name in business; Andrew Jackson became the most famous man in America because he was able to rally a country that was flat on its back in a war that we weren’t ready to fight and win one of the most decisive impactful battles in our nation’s history.” 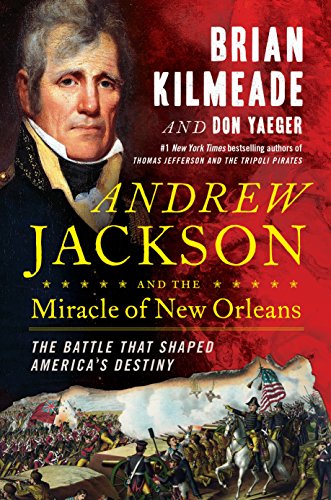 Pollak recalled how Rudy Giuliani invoked Andrew Jackson on the eve of 2016’s presidential election prior to the Trump victory party: “I remember on election night, we were at the Trump victory party covering it. When it looked like Trump was going to win, Rudy Giuliani came downstairs to talk to the press, and most of the journalists were totally shell-shocked, and he said to them, ‘We haven’t seen a victory like this since Andrew Jackson.’ That was the first name on his mind. It was amazing.”

Kilmeade further exposited on populist dimensions of Jackson’s political rise, connecting them to Trump’s appeals to Middle America. “I found out that Jackson, the more I studied this, Jackson and others in the South and in the so-called western part of the East Coast, even as we moved out west, they felt like second-class citizens because the highly educated were on the coast,” he said:

And the so-called other people who were raw and maybe rough around the edges weren’t. So they were often the most patriotic who wanted to prove themselves and this militia was made up of those people from so-called “Flyover country,” who bled red, white, and blue, and wanted to prove themselves. And they did, they delivered Madison this incredible win and ultimately made Jackson the most influential person of the first half of the century.

“[Jackson] was the one who thought the banks were too powerful and the people were being ignored,” added Kilmeade, again linking Jackson and Trump. “He constantly took on the so-called elite, which sounds very similar to the billionaire who really resonates with the blue-collar.”

Jackson epitomized America’s promise of opportunity, said Kilmeade, given his rise from humble origins. “We legitimately are a land of opportunity,” he said:

Case in point, Andrew Jackson; you’re a 13-year-old orphan in the backwoods of America, thought of as a second-class citizen to the upper-class of Virginia, Massachusetts, and Philadelphia, and you can rise up and [become] a lawyer, a congressman, a senator, an attorney general, a judge, a major general, and a president. He became the American story, unconnected, just driven to success. Nobody else in the world, no other country, even today, can say they give the same opportunity to be successful.

Contrary to widespread historical narratives framing the Battle of New Orleans as superfluous, Kilmeade highlighted its importance and consequences:

When I went down to New Orleans and met with historians, they found paperwork in Britain that showed their ultimate plan was to tear up the Treaty of Ghent, their general, General Pakenham, was going to be the next of governor of New Orleans, and they were going to get international law to back up that Napoleon had no right to sell us it [via the Louisiana Purchase] to begin with because they took it illegally. That was the case they were making, and they were going to set up an American-Indian nation in the middle. And as you know, the British like to hold things — like Hong Kong, and India, and Palestine for a period of time — and they were going to do the same thing because they feared us … That’s basically what was the misnomer about the war, that the battle didn’t need to be fought. But so impressive was it, we were never invaded again, and the world would have to understand that democracy would work, America is here to stay, and there’s a reason why people were coming here.

Today’s Democrats seeking to excise Jackson from their contemporary political identity, said Kilmeade, reflected a naive whitewashing of history. “Anybody who thinks that the people we study and look up to are perfect doesn’t understand what a human being is,” he said:

They make major decisions, impactful decisions, they change the world, but it doesn’t mean in retrospect we think they’re all correct. We study them because they were impactful in their times and they impact today’s times. But it doesn’t mean we look back and say they walked on water. Washington wasn’t perfect. Lincoln wasn’t perfect. When you look back, Jefferson had slaves, and I think nine of our first twelve presidents had slaves. But you cannot be an arrogant generation that says in 2018, “How dare you not live by our values?” when the year was 1713 or 1840. We look back, we study, we disseminate, but we understand more [they accomplished] good than bad, and what we learn is that society evolves.

“For Democrats to run from Jackson is to not understand what makes America special,” said Kilmeade. “We’re not perfect, but we try to be. We’re the only country that is constantly trying to get better, and we’re always the hardest on ourselves. That’s why people think we’re coming apart. We just fight in public, that’s all we do. And that’s what’s happening, now.”

Mansour concurred with Kilmeade’s criticisms of contemporary moral critiques of historical American figureheads. “I could not agree with you more,” she said. “This moral scrutiny that we inflict on our past leaders, it’s just the sort of thing that none of us will be able to withstand in light of history, eventually. No figure, no hero will be able to withstand that. It’s not the way that we should be looking at our history.”