“I can’t believe what I was able to find,” Marlow said of the research and writing of Breaking the News. “It was a year of immersive work.”

News media corruption is much deeper than political bias, he maintained. He held that media malfeasance “goes so far beyond” political favoritism or prejudice.

Marlow said, “What I’ve been able to uncover through these interviews, through these documents, [and] through a year of investigative research [are] some chilling things about the way we’ve structured our media environment. I was routinely shocked throughout the process. Things are way worse than we even talked about on [Breitbart News Daily] in terms of our media’s corruption, the depth of it, and how much money is getting bagged by these corporations instead of giving you the news that you should get.”

“I think it’s the most important thing I’ve done,” he said of his book. “It it not just original, but it is also a distillation of some of the biggest things we’ve talked about on the show. … You get all the details on this. It’s crazy stuff that’s uncovered — naming names, of course, as we always do —  exposing people as we always do at Breitbart. There are bombshells in it [and] news that you will not be able to miss even if you want to avoid it.”

Marlow listed some of the book’s revelations.

He continued, “So this multibillionaire is able to become a puppet master that can manipulate so much of the news and so much of Democrat politics. It’s done in such a way that looks so smooth and effortless, that you don’t realize it is all done in concert, and that it is all done from essentially the same mind and the same piggy bank in order to get goals accomplished.”

American news media outlets are more beholden to the Chinese Communist Party (CCP) than is commonly understood, Marlow warned. He previewed some revelations of his research into coordination between China’s government and domestic media companies. 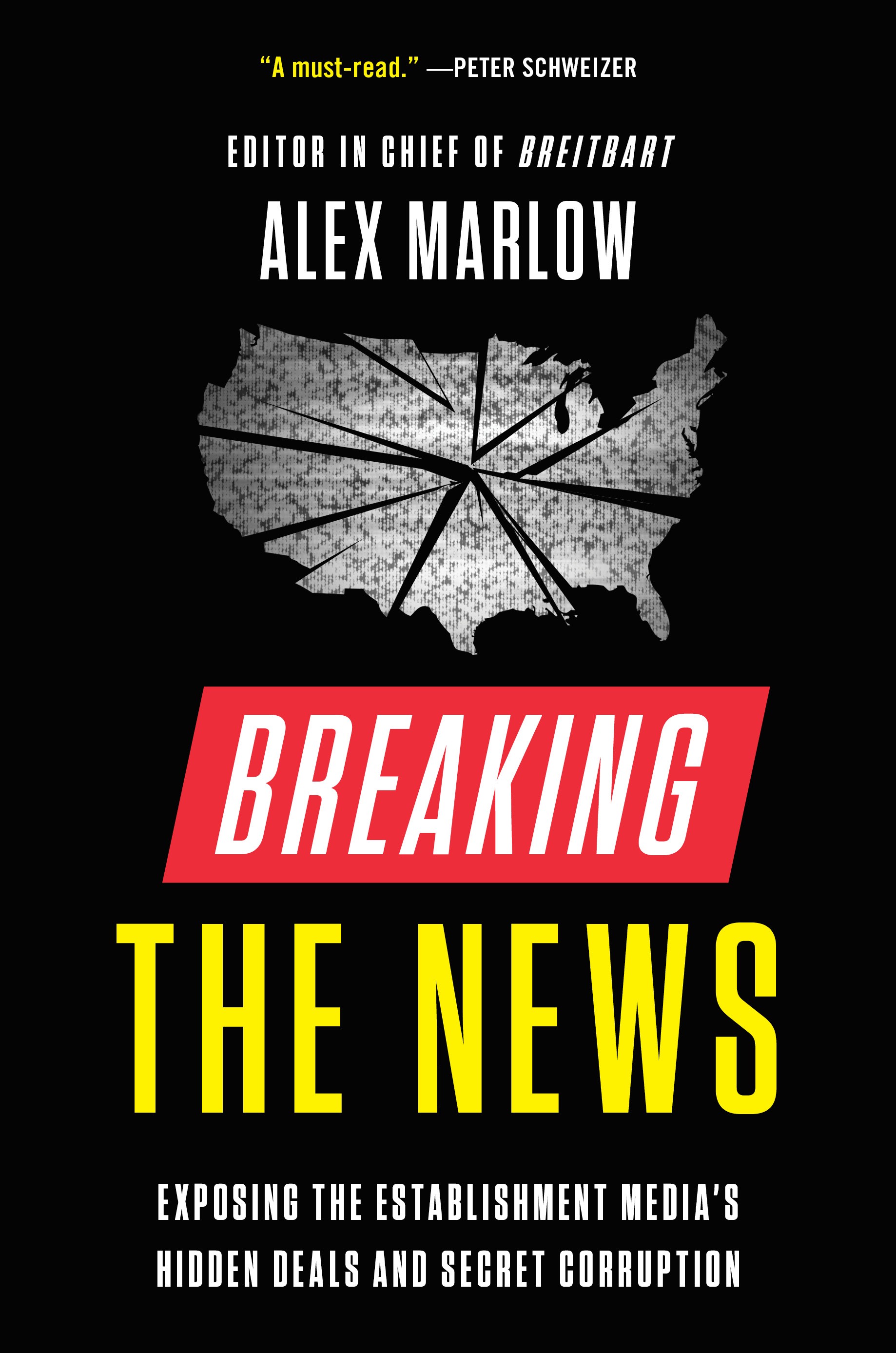 Marlow went on, “There’s almost not a single story now that an establishment media conglomerate can cover with a fully clean conscience. Almost every single story now will hit [or] bump into another element of their business. … and we’re supposed to expect them to treat every subject the same, even if a devastating report on that subject would hurt the business of their corporation?”

4 – The Depths of Cheat by Mail

Marlow said Breaking the News will “paint the greatest [and] the scariest picture about just how devastating cheat by mail is, and how it has changed our country for the worse, and how so many of us on the right have not been able to focus on the story because we have gotten distracted by shiny objects.”

His research of the 2020 election included many interviews with people who could not go on record.

“I will break down truly what happened in the 2020 election,” Marlow stated. “The right took their eye off the ball, and the right had an opportunity to elucidate some real problems in the American [electoral] system, and even if Donald Trump wasn’t ultimately going to get across the finish line, at least we had a chance to explain some faults in the system, some things that had changed over the last 20 years, and in particular the last 20 months … that changed the way we select the president and our legislators.”

“You will meet some people who are cancel culture heroes, who are actually putting a lot of their friends out a business,” Marlow said.

“You guys are my army,” Marlow said to his the Breitbart News Daily audience and Breitbart News readership. “Without your help [and] support, who knows what’s going to happen next? People are not going to want this thing to be out.”

Marlow stated, “The cancel culture mob will come out. They will not want this out. They will try to figure out some way that we need to burn the book before we’ve read it, and the best thing we can do is to pick up a few [copies of the book], and it is one that you’re going to want to get if you want to know about the truth about media, if you want to support Breitbart, if you would like to support me, [and] if you would like to illustrate to a friend or family member how bad things gotten.”