Sen. Tom Cotton (R-AR) said Republicans can win a “filibuster-proof majority” in the Senate in November during an interview on SiriusXM’s Breitbart News Sunday with host Joel Pollak.

He estimated, “I think we can have a huge smashing victory in both the House and the Senate in 2022, which sets up an even bigger victory in 2024 of winning back the White House and getting to a filibuster-proof majority in the United States Senate. As long as while we’re confident we keep working hard for four more months.”

He remarked, “I’m confident we’re going to win, but everyone listening, keep working hard to make sure we don’t win by a nose, but we win a huge historic landslide. I’m of the mind that we could have the largest House majority we’ve had in a century, and that in the Senate, we don’t have to settle for grinding out a 51-49 majority.”

Cotton added, “We could win in places as unexpected as Washington State for instance, where Tiffany Smiley — a great veterans’ advocate, in part because her husband was wounded severely in Iraq, she was an advocate for him — is going to beat Patty Murray, and you don’t have to take my word that that’s a close race. Using it to look at Patty Murray’s actions, because she’s been running negative ads against Tiffany Smiley for a month now.” 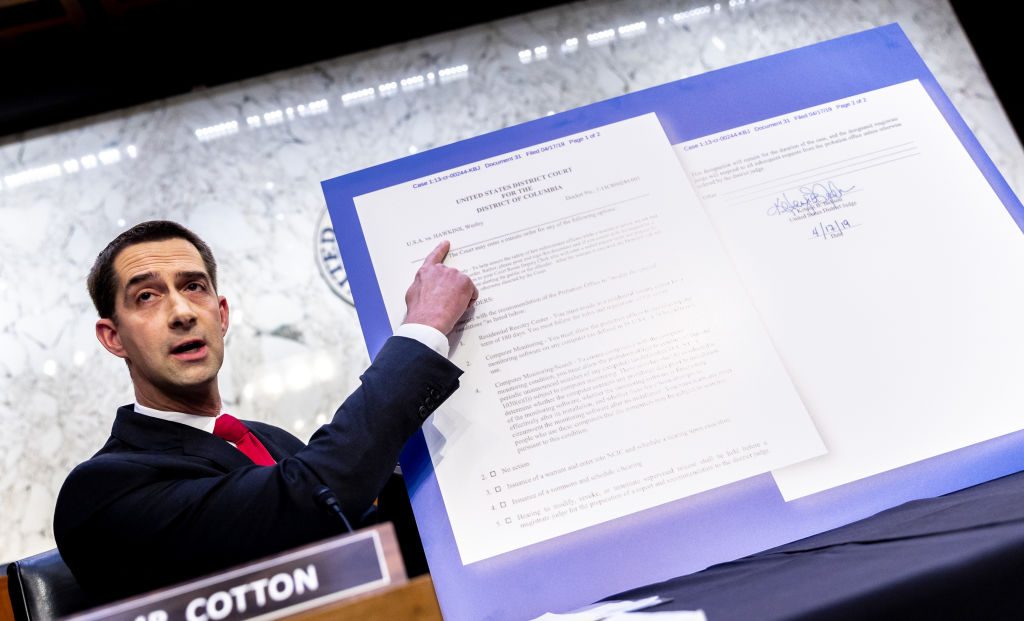 Democrats’ alignment with the “far left” drives the party to push “massively unpopular ideas,” Cotton determined. He said Democrat politicians are “ideologically invested” in the left-wing fringe and “can’t break away.”