We had to drag our own Milo Yiannopoulos kicking and screaming to a photoshoot (he hates those) where he reluctantly modeled this first product, only after having professional hair and make-up done, accompanied by an extensive tanning session. We’re told he found the experience tortuous, only enduring it out of love for the country.

In addition, the humble Milo dove on the grenade for the company and selflessly thrust himself into the middle of the “#FabulousWall Meme Contest,” which is currently in progress. Admirers of Breitbart and Milo are invited to remix the above image of Milo and The Wall for a chance to win a free Breitbart Border Wall Construction Co. T-shirt.

As if Milo’s sacrifices weren’t enough, he even offered to sign the three T-shirts Breitbart News will give out as prizes for the most creative memes generated. What’s more, Milo has even offered to judge the contest, graciously sifting through his own visage adorned by the creative touches of those who believe in a secure America. Truly, his humility knows no bounds.

A crack team of Breitbart meme hunters have been monitoring Twitter since the start of the competition, selecting particularly spicy examples as the submissions roll in. You can see some of the examples below.

If inspired, there’s still one more day until the three winners are announced here on the site. To enter the competition, just use the blank template at the bottom of this article, make your wall fabulous, and tweet it out using the hashtag #FabulousWall.

@nero "Here, there be monsters…" – The obvious jokes were already taken so I went a different route! #FabulousWall pic.twitter.com/o58tonsca1

The dream will come true when Daddy gets in office. #FabulousWall pic.twitter.com/MeVAm80U6q 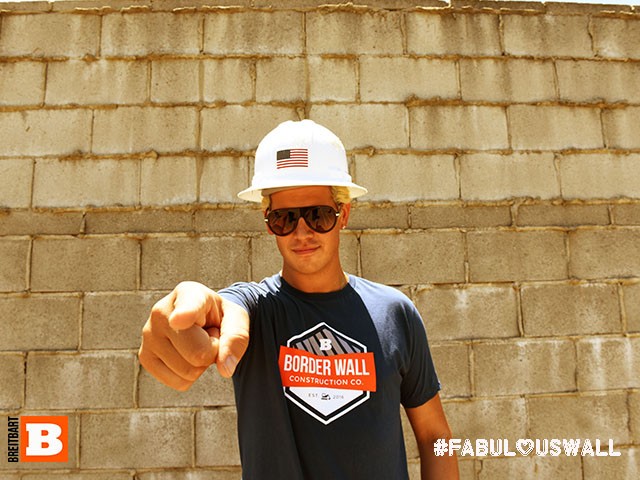