A New York Mets starting pitcher says he appeared in a team photograph wearing orange unaware that anti-Second Amendment groups planned to use the photo to bolster the gun-control cause.

On June 2, Breitbart News reported that the New York Mets joined with Michael Bloomberg and Piers Morgan in a “Wear Orange” push for gun control by publishing photos of the team and staff wearing orange.

On June 3, Mets’ Pitcher Dillon Gee responded—via Twitter—to make sure everyone knows he did not wear the shirt for gun control and does not support the Bloomberg/Morgan cause.

Gee tweeted: “This is not why i put on that shirt this day. I in no way support Bloomberg/Morgan or gun control.”

http://t.co/2B6lhSjyGz this is not why i put on that shirt this day. I in no way support bloomberg/Morgan or gun control.

When a fan tweeted back to ask why he wore the shirt, Gee responded: “Was told it was in support of raising awareness for gun violence. I don’t support senseless gun violence. That’s all.” 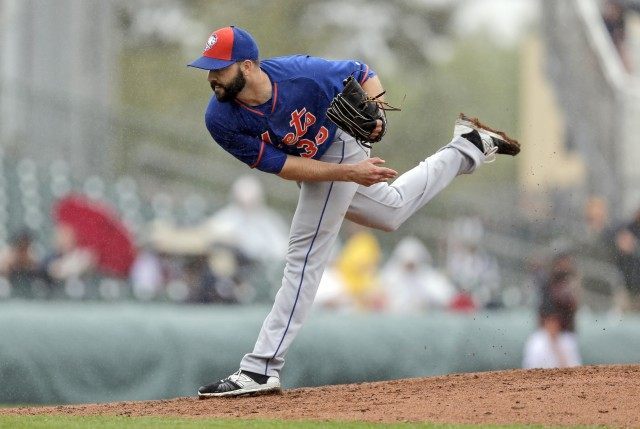 Gun control movements have co-opted such phrases as “gun safety” and “gun violence” as a way to soften the negative reactions from Americans to the anti-Second Amendment substance of their campaigns.

If Gee didn’t realize what the Everytown campaign is about, that’s on him (though one gets the feeling he didn’t know to be upset until he saw it on Breitbart). Still, his word games aren’t without merit: he’s allowed to want to advocate for safety awareness without supporting gun control. Other people, meanwhile, are allowed to find that ridiculous. In the real world, opposition to gun control is blatant endorsement of senseless gun violence, whether Dillon Gee is aware of it or not.

Breitbart News previously reported that Senator Joe Manchin (D-WV) has taken to this tact of using euphemism, criticizing the NRA for opposing “gun safety” when he really means “gun control.” And when Moms Demand Action’s Shannon Watts gave an interview to Slate after gun control candidates were shellacked in the 2014 mid-term elections, the magazine used the words “gun safety” instead of “gun control” to push for more gun control.

Dillon Gee does not want to be associated with it.