The NFL Network has recently been rocked by sexual misconduct allegations lodged against several prominent members of their on-air staff.

However, it appears the sex controversy at the league’s television network is not necessarily limited to on-air staff.

Deadspin captured several of Eaton’s exchanges. Most are NSFW: 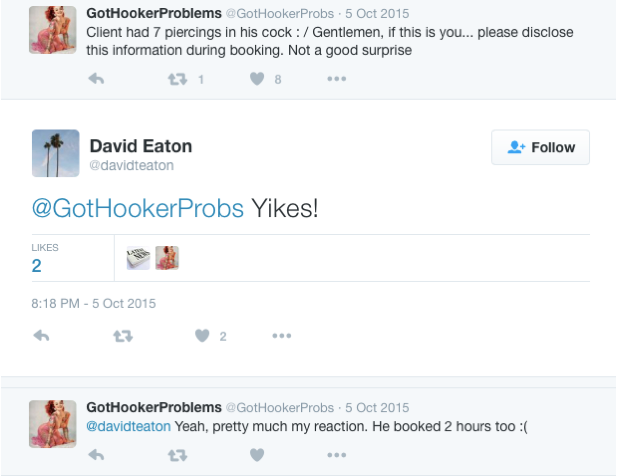 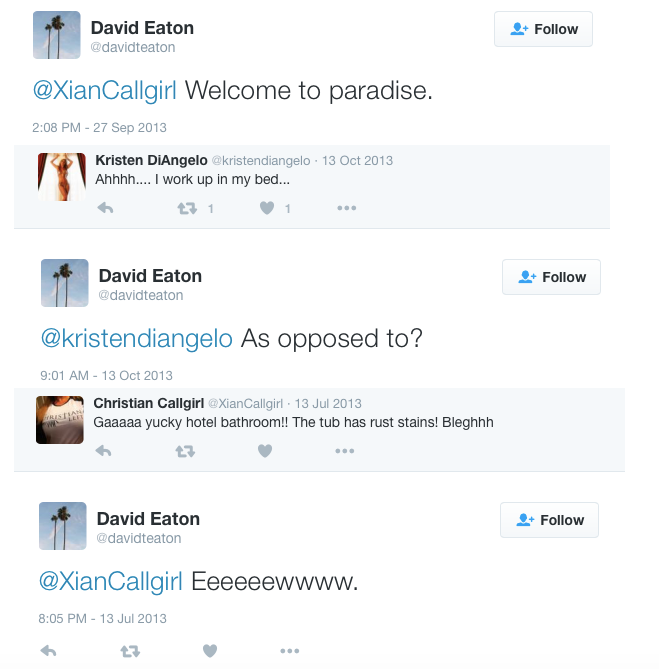 Here is an exchange with Zoey Holloway: 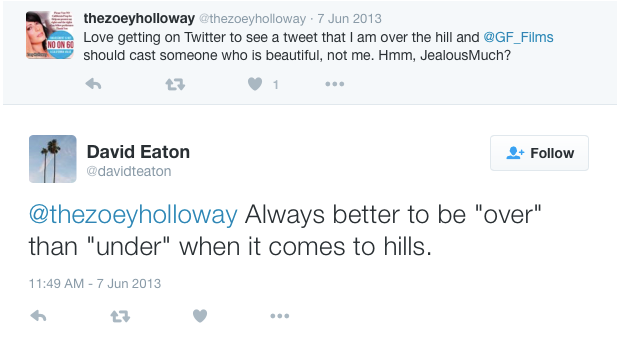 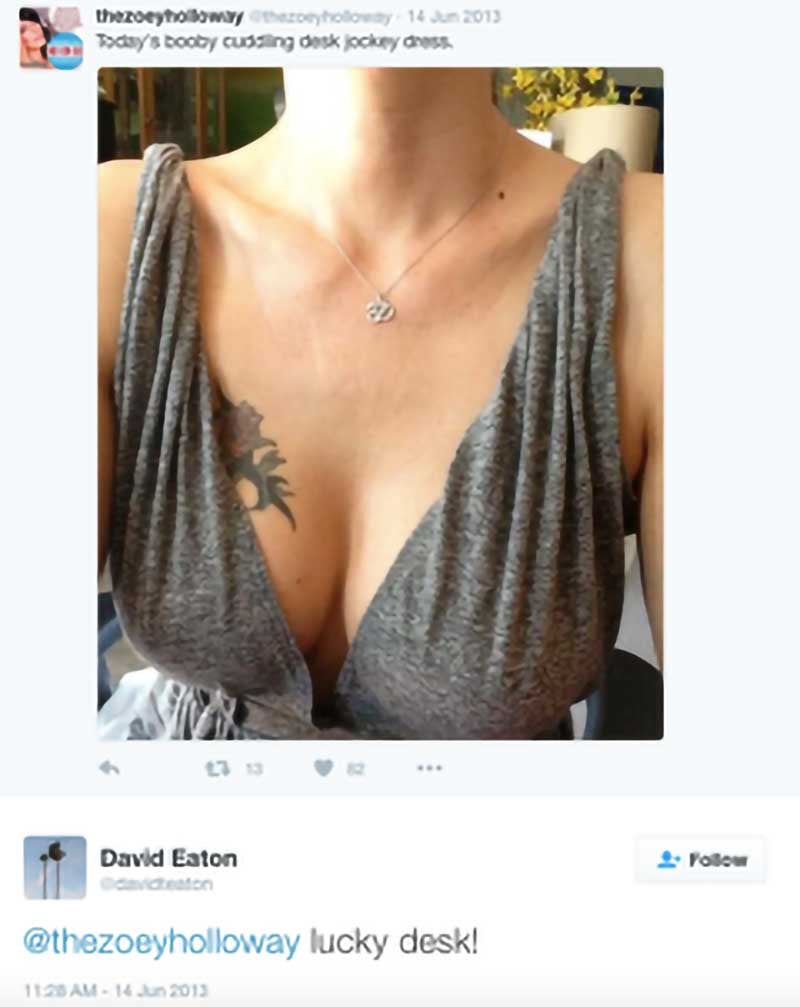 Eaton was also unafraid to speak on the subject of cooking:

Several former employees told Deadspin that Eaton’s tweets had been an “ongoing subject of discussion” at the NFL Network. An NFL Media spokesman declined comment when contacted by the New York Post.

Eaton was hired by the network in 2011 after working as bureau chief for ABC News. Eaton is a married father of three, according to the Daily Mail.