The Stoeger XM1 suppressed air rifle is not your grandpa’s BB gun. In fact, it is not a BB gun at all, but rather, a .22 caliber pellet rifle with velocity up to 1,000 fps.

The XM1 is a Pre-Charged Pneumatic (PCP) airgun, which means it relies on a small tank that holds a set amount of compressed air on which to operate. This allows you to shoot multiple pellets without having to stop between each shot to pump the gun, like our grandpas had to do.

The PCP operation makes the XM1 convenient to use and allows you to carry it into a situation where varmints need to be eliminated, without concern over making noise pumping or cocking the rifle if you miss or need a second shot.

Moreover, the XM1 is suppressed. As with firearm suppressors, the XM1’s suppressor does not eliminate all sound, but muffles the sharp crack of the rifle when the trigger is pulled. 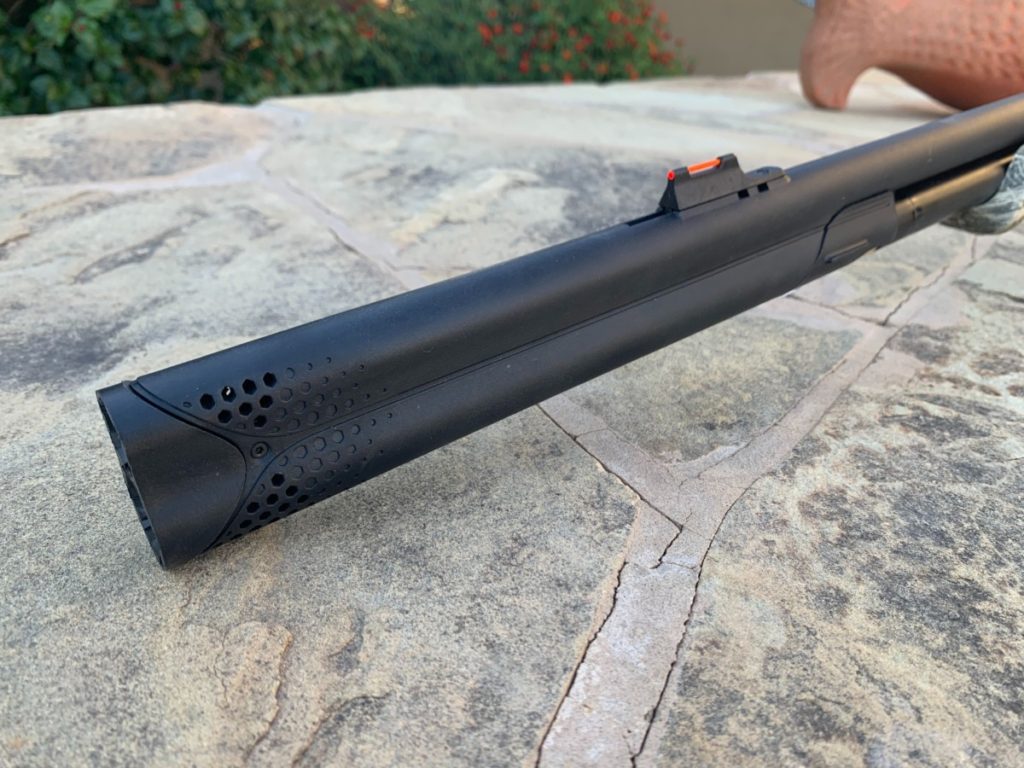 Close-up detail of noise suppressor attributes that help make the XM1 a great way to introduce someone to the mechanics of shooting a rifle. (AWR Hawkins/Breitbart News)

The XM1 .22 caliber version comes with a Realtree EDGE camo finish and a 4 x 32 scope. The open sights of the rifle are fiber optic and the XM1 delivers incredible accuracy whether scoped or shot via the fiber optic sights.

In sum, the XM1 is a rifle you can enjoy in many places where shooting a traditional firearm is prohibited, yet airguns are allowed. In such a scenario a 25-30 yard open area can quickly become a precision target or aluminum can gallery, and memories can be built between fathers and sons or daughters, mothers and sons or daughters, or with grandpa.