A little over a week after stepping away from the Tokyo Olympics to focus on her mental health, Simone Biles announced Monday she is now sufficiently composed for a return to competition.

The 2016 Olympic champion will compete in the balance beam finals on Tuesday, AP reports, thus enabling her to continue her on, off and on again Olympic odyssey.

“We are so excited to confirm that you will see two U.S. athletes in the balance beam final tomorrow — Suni Lee AND Simone Biles!! Can’t wait to watch you both!” USA Gymnastics said in a statement.

The 24-year-old Biles won bronze on beam in Rio de Janeiro five years ago and qualified for the eight-woman final at the Ariake Gymnastics Centre on the first weekend of the Games.

The four-time Olympic champion then said she is struggling with the “twisties”, a condition where gymnasts lose the ability to orientate themselves in mid-air. 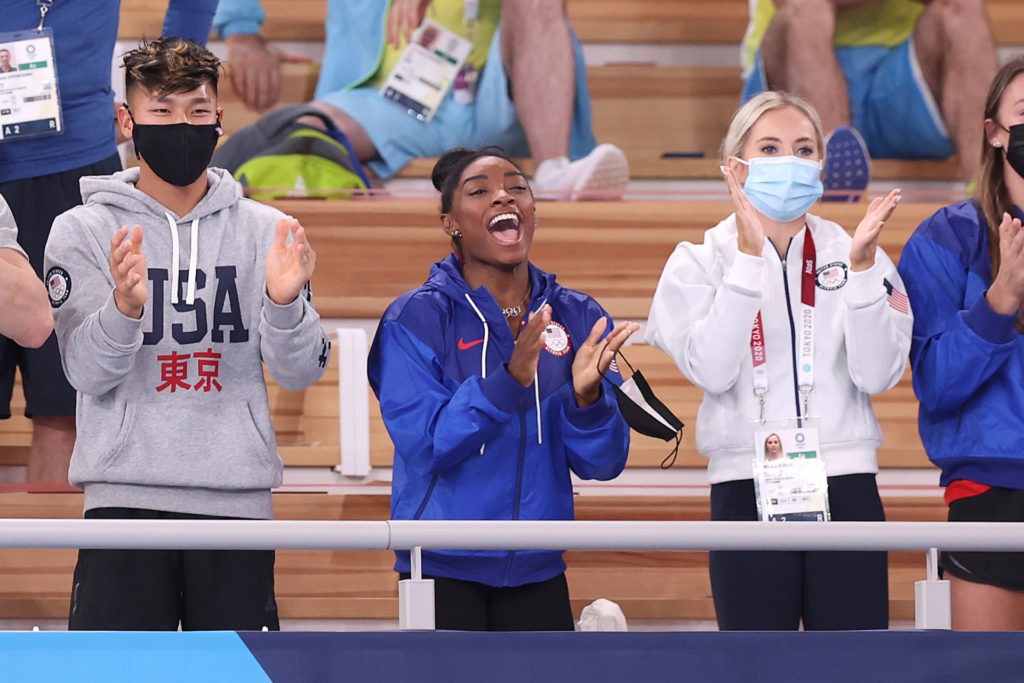 As a result she dramatically pulled out of last week’s opening team competition after one vault, and subsequently withdrew from the all-around final and three of the four apparatus finals — the floor, vault and uneven bars.

She has documented her struggles with mental health during the Games in regular posts on her social media accounts, sparking equal amounts of support and criticism.

Biles had her lowest vault score in the Olympics in the opening rotation before withdrawing from the team final.

Speaking afterward, she explained: “After the performance I did, I just didn’t want to go on. I have to focus on my mental health. I just think mental health is more prevalent in sports right now.

“We have to protect our minds and our bodies and not just go out and do what the world wants us to do.

“I don’t trust myself as much any more. Maybe it’s getting older. There were a couple of days when everybody tweets you and you feel the weight of the world.

“We’re not just athletes. We’re people at the end of the day and sometimes you just have to step back.”