Ohio State’s blowout win over Akron was entirely uneventful, until it wasn’t.

During the second quarter of Ohio State’s lopsided 59-7 victory over Akron, Buckeyes senior linebacker K’Vaughan Pope attempted to enter the game as part of a sub package. 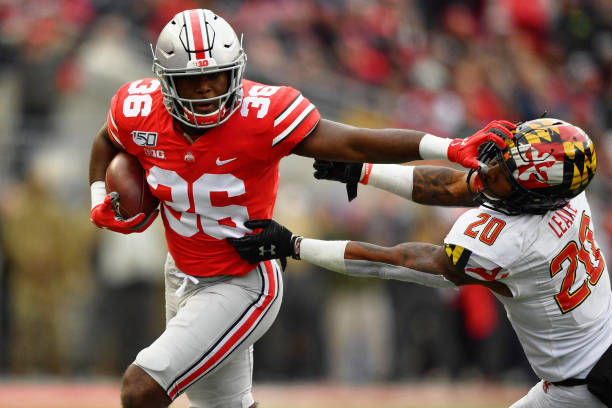 However, the coaches stopped him and told him to remain on the sideline. Angered by this, Pope strutted into the locker room in a rage while tossing his gloves and jersey into the stands.

Pope tried to run out on the field in a sub package. Teradja Mitchell waved him off, and Pope stormed down the sideline, started walking to the tunnel and then had to be coaxed back by an Ohio State staffer. He tossed his gloves into the stands and took off his jersey.

But the efforts of the Ohio State staffer who brought him back were all for naught because when he returned to the sidelines, he was told to go back inside the locker room.

He has now been told to leave the Ohio State sideline and C.J. Barnett is taking him to the locker room. This is absolutely wild.

Now even angrier after leaving the sidelines and returning only to be booted again, Pope tweeted “f*cc ohio state” from the locker room. Though, he did also wish his teammates luck.

good lucc to my teammates 💯