Gold medal-winning U.S. Olympic gymnast Simone Biles says she should have “quit way before” her ultimately disappointing showing in the Tokyo Olympics.

In an interview with New York Magazine, the 24-year-old gymnast detailed the mental and emotional strain and trauma she endured after losing a family member and preparing to testify before congress regarding the investigation into the serial abuser and former Team USA Gymnastics Dr. Larry Nassar.

“If you looked at everything I’ve gone through for the past seven years, I should have never made another Olympic team,” Biles told the magazine.

“I should have quit way before Tokyo when Larry Nassar was in the media for two years. It was too much. But I was not going to let him take something I’ve worked for since I was six years old.

“I wasn’t going to let him take that joy away from me. So I pushed past that for as long as my mind and my body would let me.”

Biles, along with fellow Olympians McKayla Maroney and Aly Raisman, delivered compelling and dramatic testimony before the Senate Judiciary Committee in which they charged the FBI with a pattern of cover-ups, lies, and incompetency pertaining to the Nassar investigation stretching back to 2015.

"I blame Larry Nassar, and I also blame an entire system that enabled and perpetrated his abuse. USA Gymnastics and US Olympic & Paralympic Committee knew that I was abused by their official team doctor" pic.twitter.com/Ghm3ueLwFM

Biles also addressed her episode of the “twisties” in Tokyo, a condition in which an athlete (normally a gymnast) loses orientation and spatial awareness while flying through the air. The condition caused Biles to have to withdraw from the team events and four individual events.

“If I still had my air awareness, and I just was having a bad day, I would have continued, Biles explained. “But it was more than that.

“Say up until you’re 30 years old, you have your complete eyesight. One morning, you wake up, you can’t see s–t, but people tell you to go on and do your daily job as if you still have your eyesight,” Biles added.

“You’d be lost, wouldn’t you? That’s the only thing I can relate it to. I have been doing gymnastics for 18 years. I woke up — lost it. How am I supposed to go on with my day?” 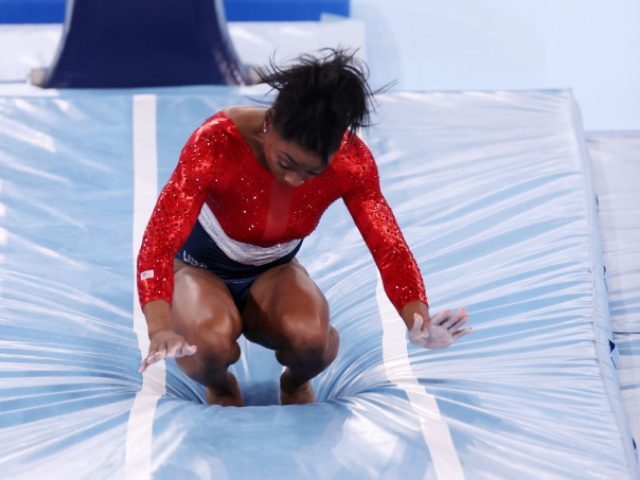 In addition to her competitive woes, Biles’ aunt died unexpectedly while she was in Tokyo for the Games.