PHOENIX (AP) — The Phoenix Suns released a statement regarding a potential media investigation into the workplace culture of the franchise, denying that the organization or owner Robert Sarver have a history of racism or sexism.

The statement sent Friday said the organization is aware that ESPN is working on a story accusing the organization of misconduct on a “variety of topics.” The Suns responded by saying they were “completely baseless claims” and “documentary evidence in our possession and eyewitness accounts directly contradict the reporter’s accusations, and we are preparing our response to his questions.”

Sarver — a Phoenix businessman — has owned the Suns since 2004.

Suns general manager James Jones, who is Black, said in the team’s response: “None of what’s been said describes the Robert Sarver I know, respect and like – it just doesn’t.” 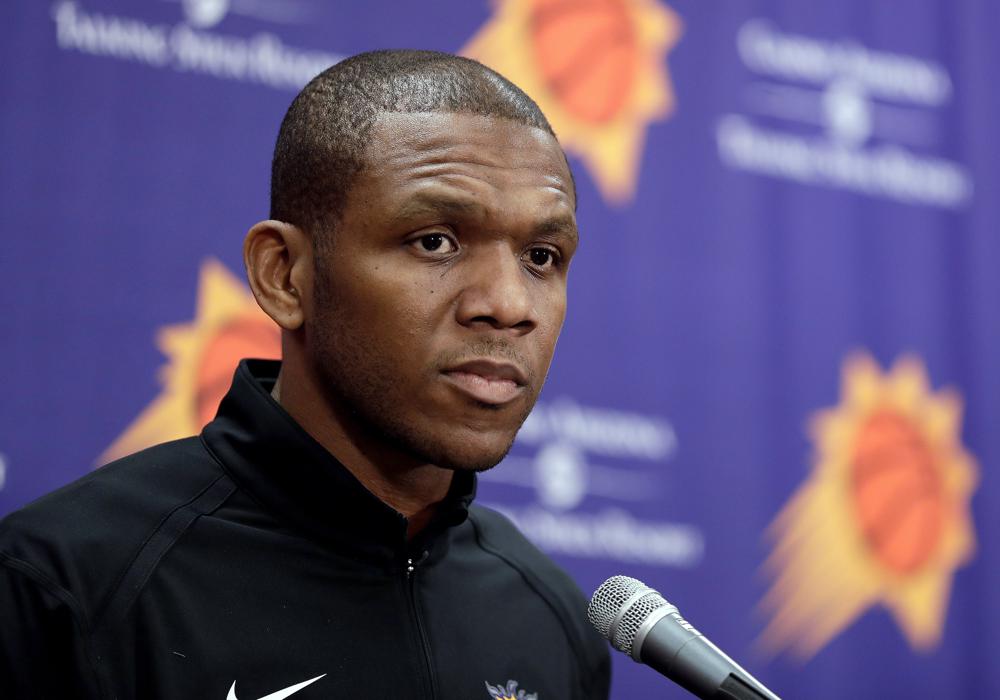 FILE – In this April 24, 2019, file photo, Phoenix Suns general manager James Jones speaks to the media in Phoenix. The Suns released a statement regarding a potential media investigation into the workplace culture of the franchise, denying that the organization or owner Robert Sarver have a history of racism or sexism. Jones said in the team’s response: “None of what’s been said describes the Robert Sarver I know, respect and like – it just doesn’t.” (AP Photo/Matt York File)

The franchise is coming off one of the most successful seasons in its history, making the NBA Finals with stars Devin Booker, Chris Paul and Deandre Ayton before losing in six games to the Milwaukee Bucks. The Suns have made the Finals three times, in 1976, 1993 and 2021, but have never won a championship.

Suns coach Monty Williams addressed the media Friday before the team’s game against the Lakers in Los Angeles, saying he was aware of the potential report but said he didn’t want to “comment about it until I have time to process a lot of information and get everything I need to know about the situation.” 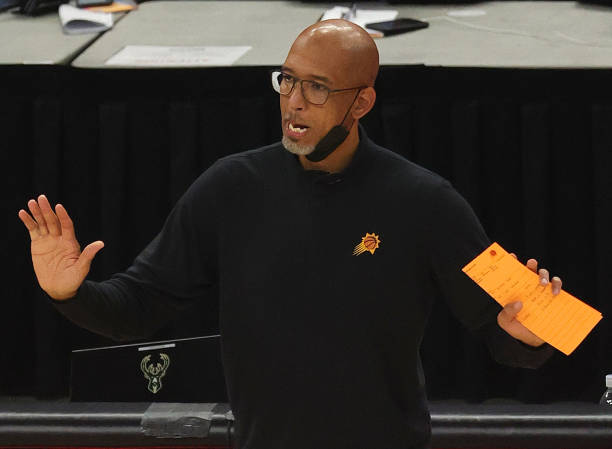 MILWAUKEE, WISCONSIN – JULY 14: Head coach Monty Williams of the Phoenix Suns reacts against the Milwaukee Bucks during the first half in Game Four of the NBA Finals at Fiserv Forum on July 14, 2021 in Milwaukee, Wisconsin. NOTE TO USER: User expressly acknowledges and agrees that, by downloading and or using this photograph, User is consenting to the terms and conditions of the Getty Images License Agreement. (Photo by Jonathan Daniel/Getty Images)

He added that he didn’t expect the situation would be a distraction for the team.

“Nothing will invade or erode our culture,” Williams said. “That’s something we’ve said from Day 1. Wins, losses, we get to play basketball, we get to hoop and that’s not going to change.”

The potential investigation came to light Friday when league analyst Jordan Schultz posted a message on social media that said the league was preparing for a “massive” story and that if there is “enough evidence to support such claims, there’s a real chance the league would forcibly remove Sarver.”

Sarver and the Suns responded with a lengthy statement. The 59-year-old Sarver also owns the WNBA’s Phoenix Mercury.

“While I can’t begin to know how to respond to some of the vague suggestions made by mostly anonymous voices, I can certainly tell you that some of the claims I find completely repugnant to my nature and to the character of the Suns/Mercury workplace and I can tell you they never, ever happened,” Sarver said.

Not even a full week into the season, the NBA now has yet another potentially significant issue on its hands — even without knowing the full scope of the accusations that the Suns say are coming.

The statements from the Suns came two days after Boston center Enes Kanter called for Tibetan independence, comments that prompted a Chinese broadcasting partner to stop streaming Celtics games in the basketball-crazed country.

There are also two high-profile players sidelined for various reasons, with Brooklyn not allowing Kyrie Irving to be around their team until he gets vaccinated against the coronavirus and Philadelphia’s Ben Simmons not participating in practices or games with the 76ers after seeking a trade that has yet to be made.