A spokesman for the White House claims that the administration is “unfamiliar” with the popular “F*ck Joe Biden” or “Let’s Go Brandon” chants that have filled the halls of so many events in the past few months.

The two chants have been spreading like wildfire since the start of the college football season and an early October NASCAR race respectively. 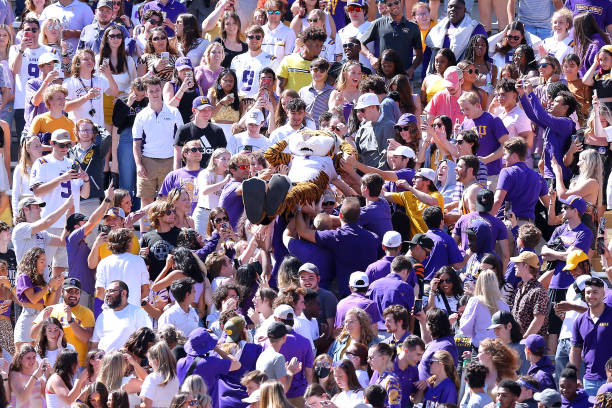 BATON ROUGE, LOUISIANA – OCTOBER 16: Mike the Tiger of LSU Tigers is carried by fans during the second half against the Florida Gators at Tiger Stadium on October 16, 2021 in Baton Rouge, Louisiana. (Photo by Jonathan Bachman/Getty Images)

But the White House is feigning ignorance of the persistent attack on their boss.

According to the Washington Post: “Administration officials sought to downplay the phenomenon, and at least one claimed to be unfamiliar with the ‘Let’s go Brandon’ chant or its cruder cousin, though they are now chanted everywhere from football stadiums to concert arenas to local bars.”

Andrew Bates told the paper that he had “never heard of that chant” until the Post’s reporter “explained it” to him. 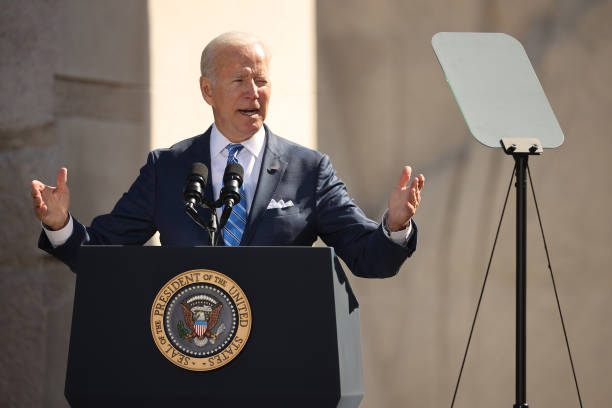 WASHINGTON, DC – OCTOBER 21: U.S. President Joe Biden delivers remarks during the 10th-anniversary celebration of the Martin Luther King, Jr. Memorial near the Tidal Basin on the National Mall on October 21, 2021 in Washington, DC. Biden attended the memorial’s dedication ceremony in 2011 with then President Barack Obama who delivered the keynote address. (Photo by Chip Somodevilla/Getty Images)

Still, even as the White House is acting like no one there ever heard of the phenomenon, Joe Biden himself has mentioned it all at least once. The Post reminded readers that Biden made an oblique reference to signs reading “F*ck Joe Biden” that lined the road as he traveled in a presidential motorcade in Pennsylvania last week.

During a speech in Scranton, Biden again claimed that he is one of the most popular presidents in modern history, “Notwithstanding some of the signs I saw coming in.”

Naturally, the Post blamed it all on Donald Trump for his “norm-breaking and vulgarity of the Trump era.” However, the paper was alarmed that the chants are “far more vulgar and widespread.”

The paper also tried to wave off the chants as examples of a mere “target of vilification” being used to unite Republican opponents of Biden. However, the paper neglected to point out that the chants are not only occurring in deep red, Republican districts, but is being seen universally across the nation, even in places as blue as Scranton, Pennsylvania, and Boston, Massachusetts.

Indeed, the chant was heard just today during a a march of New York City municipal workers who are tired of the coronavirus mandates.