Police in Australia pepper-sprayed and clashed physically with a mob of supporters of tennis champion Novak Djokovic on Monday evening in Melbourne after the crowd began blocking car traffic and standing on a vehicle they appeared to believe carried Djokovic.

Djokovic, the reigning Australian Open champion and tied for most Grand Slam victories in men’s tennis history, attempted to enter Australia last week to prepare for the tournament, which begins next week. Border Force agents detained him and forced him into a migrant detention facility on the grounds that he had not received a Chinese coronavirus vaccination. Djokovic has publicly opposed the novel vaccine products and reportedly entered the country with a medical exemption issued by the federal government.

A judge overturned his detention and restored his visa on Monday, arguing that Border Force did not give Djokovic any time or proper ability to challenge the revocation of his visa. Australia has a vaccine mandate in place for foreigners but claims to issue medical exemptions when necessary. 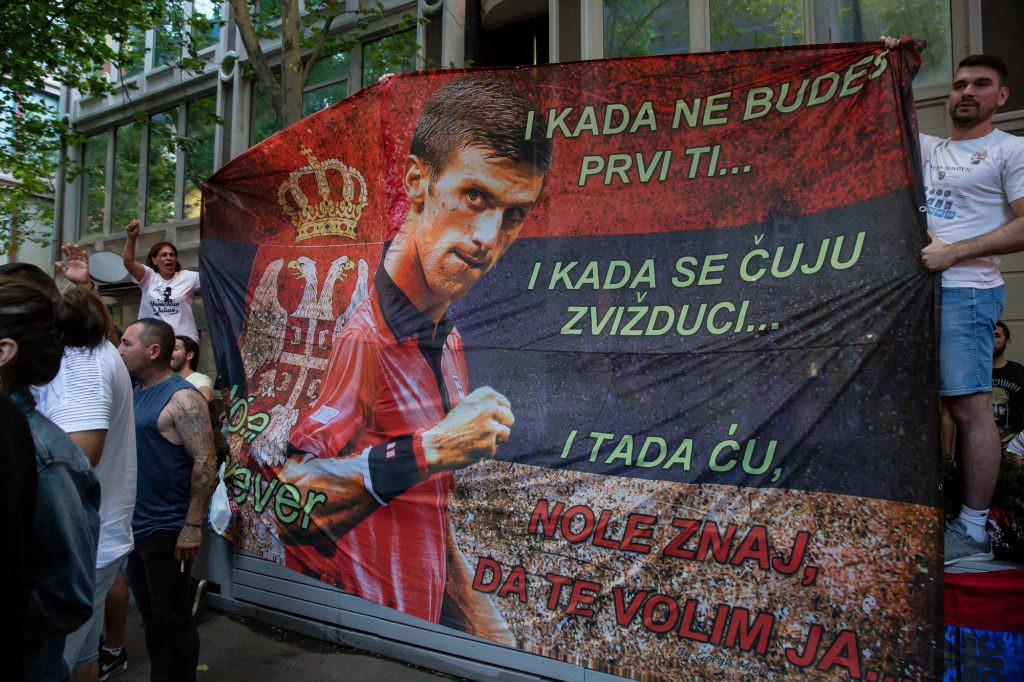 Fans protest in Flinders Lane on January 10, 2022 in Melbourne, Australia. Judge Kelly ordered that Djokovic be immediately released from detention and the decision to cancel his visa was “unreasonable”. (Sam Tabone/Getty Images)

A transcript of Djokovic’s conversation with Border Force agents published as part of the hearing suggested that Djokovic received exemption documentation for the vaccine mandate from the government of the state of Victoria and Tennis Australia, the organization that runs the Australian Open. Border Force abruptly revoked the visa claiming the federal government was not part of the process to allow him into the country.

Australian outlets reported on Monday that a large group of fans “became rowdy” outside of the offices of Djokovic’s legal team celebrating the judge’s order to release him from migrant detention immediately. The crowd appeared to believe Djokovic himself was in one of the cars leaving the building. Australian outlets could not confirm if he was; his whereabouts are unknown at press time.

“The chanting and dancing around the car became more intense and eventually people were dancing on top of the car and banging on its windows,” Australia’s The Age reported. “Around this time, police began moving people away from the front of the car. Some fans then reacted by shoving officers and verbally abusing them. Police used O.C spray (capsicum/pepper spray) to move them along.”

Fans were banging on the window, throwing bottles at the car and two people were jumping up and down on top of it @theage https://t.co/AdK3kmQmWr pic.twitter.com/vwyYrofJZg

Many fans were dressed in the colors of Djokovic’s native Serbia and waved Serbian flags. Other Eastern European flags, notably those of Greece and Poland, also made an appearance at the scene. In Serbia, the Djokovic family has branded their son’s visa saga a bigoted war between Australia and the Serbian ethnic group as a whole.

I don’t recommend rearresting him.

I have a Serbian uncle, and from experience, they’re a lovely, loving lot until they’re not.

In the immediate aftermath of Novak Djokovic’s detention, Srdjan told Russian propaganda outlet Sputnik that his son was “captive” without explanation and vowed to “fight them [Australian authorities] in the streets.”

Serbian media covered the situation outside of Djokovic’s legal team office differently than Australian outlets. Telegraf, an outlet that has covered Djokovic favorably for years, described harrowing scenes of police tear-gassing women and children on the streets of Melbourne and claimed some in the crowd are in “serious” condition.

#australian police just pepper sprayed the crowd of supporters for #djokovic. Not one single country has condemned the tyrannical behaviour of the corrupt #Australian government . pic.twitter.com/fgyZPkyAjm

Further reports from the magazine relayed an incident in which “one Serb was crazy enough’ to grab a tear gas canister out of the hands of a police officer while the latter was trying to spray it. The crowd Telegraf asserted, was outraged “because tear gas was used against women and children, which is a massive disgrace.”

The furor followed Federal Circuit Court Judge Anthony Kelly’s decision to immediately release Djokovic, which reports have no clarified if the Australian government has actually abided by. As part of the hearing, authorities released a transcript of the conversation between Djokovic and an interrogator from Australian Border Force at Melbourne’s international airport, which shows Djokovic repeatedly offering documentation showing a medical exemption from the vaccine mandate and being largely ignored.

Djokovic claimed that he tested positive for Chinese coronavirus on December 16 and offered the government both proof of that and antibody testing that confirmed resistance to a third infection (Djokovic tested positive a first time during the summer months of 2020). Australian law grants an exemption from vaccination for those who tested positive for the disease in the past six months, which the reported Border Force agent denied. 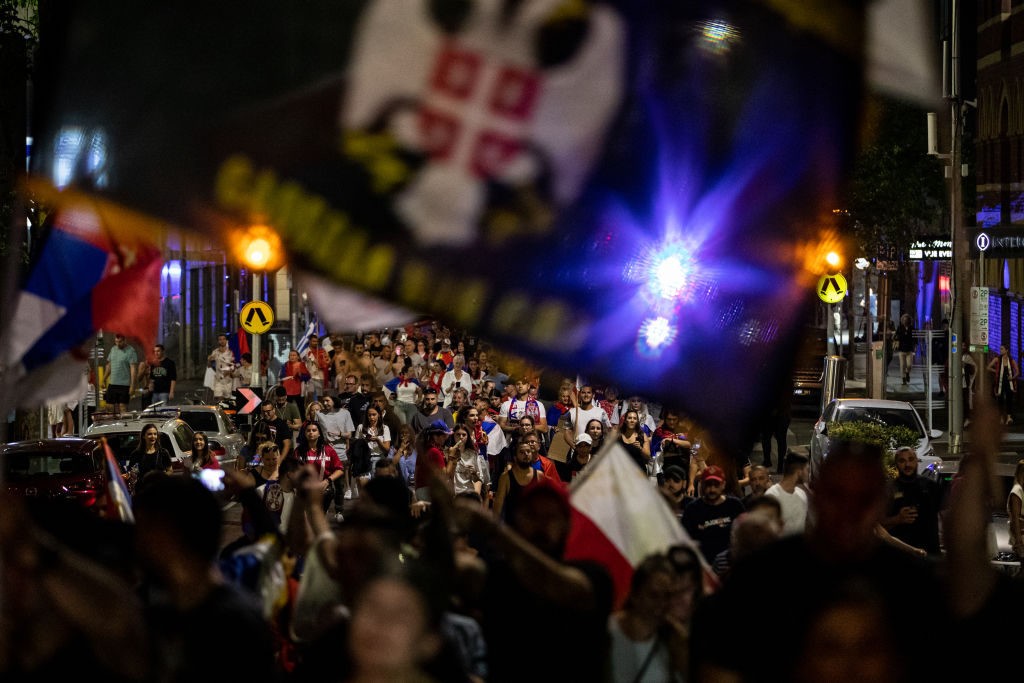 The Australian Immigration Ministry suggested that it may cancel Djokovic’s visa and deport him anyway following the judge’s orders to free him.

“Following today’s Federal Circuit and Family Court determination on a procedural ground, it remains within Immigration Minister Hawke’s discretion to consider cancelling Mr Djokovic’s visa under his personal power of cancellation within section 133C(3) of the Migration Act,” a statement from a spokesperson for Immigration Minister Alex Hawke read. “The Minister is currently considering the matter and the process remains ongoing.”