Ahead of the kickoff of the Winter Olympic Games in Beijing, China, legendary broadcaster Bob Costas is blasting the IOC for holding the games in the notoriously oppressive communist nation.

Costas did not bring up China’s long list of human rights violations, such as its genocidal treatment of Christians and its minority Uyghur Muslim population, nor did he directly discuss the oppression of the democracy movements in Tibet and Hong Kong. But Costas did find it disgusting that journalists and athletes have to find ways to thwart China’s open spying on them as they attend the Winter Games.

“We should preface this by saying that no one could have anticipated COVID, no matter what the venue is,” Costas said, according to Poynter. “But the IOC deserves all of the disdain and disgust that comes their way for going back to China yet again. They were in Beijing in 2008. They go to Sochi in 2014. They’re shameless about this stuff. And so, this takes place not only amid COVID, as did the Tokyo Games of a year ago. But as you mention, the restrictions on press freedom and the sense that everyone there is being monitored in some way.”

Indeed, China is so arrogant and blatant in its intent to spy on and monitor those participating at the games that Yang Shu, the deputy director-general of Beijing 2022’s International Relations Department, recently warned athletes that they should expect to be “punished” if they should dare to speak out against China’s oppressive regime. 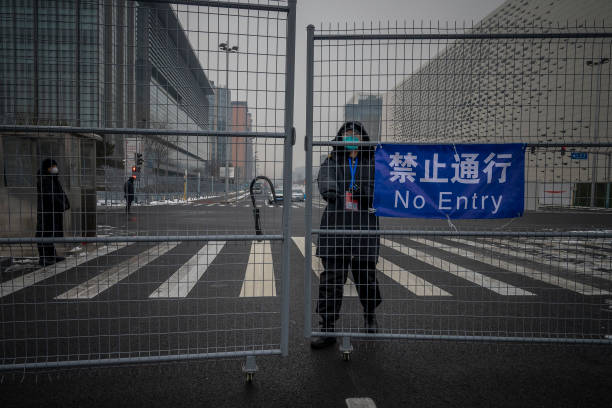 BEIJING, CHINA – JANUARY 23: A security guard closes the gate in the fence that delimitates the area not accessible to the general public that will host Beijing 2022 Winter Olympics is seen at Olympic Park on January 23, 2022, in Beijing, China. (Photo by Andrea Verdelli/Getty Images)

Costas also made a salient point about covering the Olympics, no matter where they are held, in conjunction with sponsoring the games. “Any network that broadcasts big sports events is simultaneously in a position. It’s quasi-journalistic at best. You’re reporting a news event and what surrounds it in the case of the Olympics isn’t just what’s confined to one game in a stadium. You’re reporting an event, but you’re also promoting the event.”

In that formulation, it is no longer precisely journalism when the networks purportedly covering them also become high-dollar sponsors of the games.